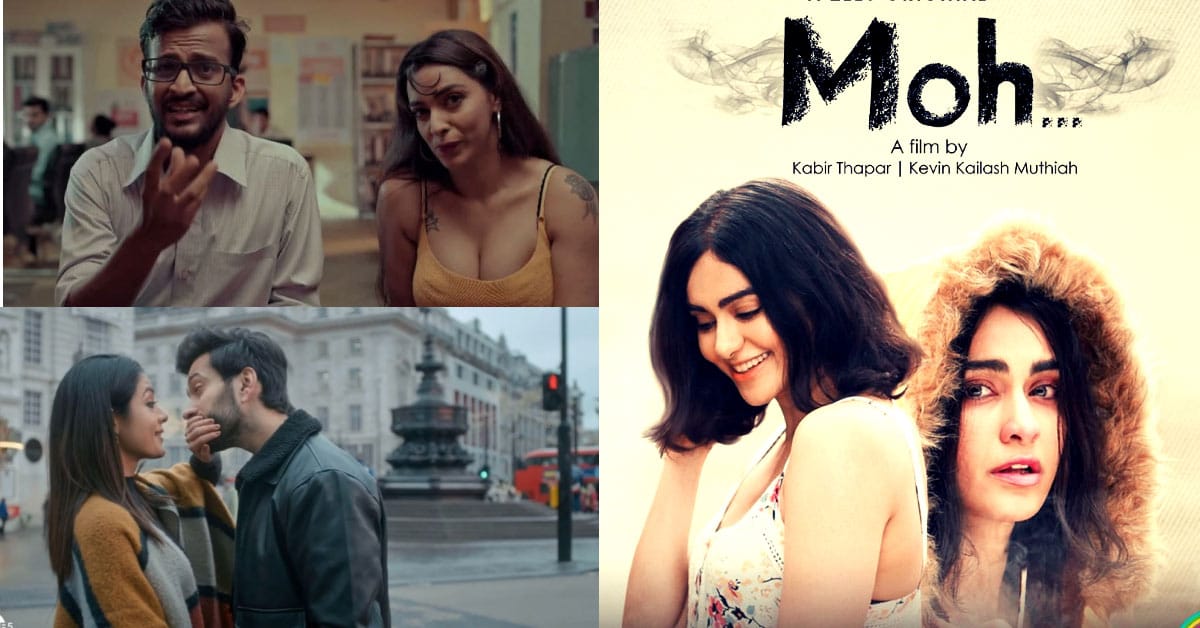 Zee TV or Zee cinema has been a major part of all of our young millennial childhoods. But with the change in trends of online streaming and the rise of several OTT platforms in India Like Alt Balaji, Hotstar. Zee also joined the bandwagon with Zee5.

Currently, Zee5 has become a household name because of its online streaming of regular Zee TV soaps. But the Zee5 web series is coming in hot. Not only to compete with other platforms but to show their fans that they are moving ahead with the times.

So, let’s check out 10 of the best zee5 web series list according to IMDb ranking.

All web series are different and belong to different genres. Some can make you happy while some instil fear and terror. So, here’s 10 best zee5 web series that you should watch that covers all genres.


Based on a novel by Indraneil Sanyal, Karkat Rogue, is a thriller mystery set in the medical world. The main protagonist of this Zee5 web series is a female post-mortem surgeon Beas Chatterjee. Battling post-cancer depression, she comes across something unusual when random bodies that come into her morgue are connected.

While the series itself involves a sense of thrill, Chitrangada Chakravarty really does an amazing job acting as a cancer fighter. Her whole demeanour and the pain in the face and voice really does feel like the casting choice was perfect.

The series in itself though a bit muddled as it keeps jumping between unconnected scenes. By the middle of the series, everything falls into place like dominoes. While it may be frustrating to watch in the beginning, viewers ultimately get a thrill by connecting the dots.

Because of this thrill and the performances of actors like Chitrangada Chakravarty, Indraneil Sengupta, Rajesh Sharma, Asit Basu, and Jayant Kriplani – this series ranks #1 in the Zee5 web series list.


If you are looking for a break from your typical thrillers, murder mystery, or dark witchhunts then its time to join the ‘Never Kiss Your Best Friend’ fan club.

So, if you are looking for light romance over the weekend with that someone special then this zee web series is the perfect pick.

Anaganaga is a 2020 romance Zee web series that revolves around the love lives of 8 people. This Telugu web series deals with issues that people face in this generation regarding love and relationships.

This series is full of bright new actors and actresses who have slowly started making a name for themselves. But the main reason to watch this series is the immense directorial talent. The director was able to not only create distinctions between each love story but also intertwine them to show the links in millennial love stories.

Who’s Your Daddy is a Zee5 Original Web Series starring Rahul Dev, Youtuber Harsh Beniwal, Nikhil Bhambri, and Divinaa Thackur. But the series airs on both Zee5 and AltBalaji platforms.

The series focuses on the funny situations that a young couple face and the reality that a boy must face in knowing who his mother is.

Mythological shows in India are very popular. And nothing is more popular than the story of Rama and Sita. But this Zee5 new web series deals with the telling of the Ramayana through the eyes of Hanuman.

The series also showcases the life of Hanuman and his devotion to Lord Rama.

Viewers get to see their beloved Rama through the eyes of his faithful servant Hanuman. While moments of Hanuman’s life keep coming back, the series at the end shows Hanuman’s devotion to Ram and Sita and the end of Ravana by Lord Rama’s hands.

Everyone knows the story of Ramayana but seeing it from a different perspective is what draws in viewers to this series. This is why Kahat Hanuman Jai Sri Ram ranks #5 in the Zee5 web series list.

Moh comes in at #6 in the top Zee5 web series not only for its amazing storyline but also for its shockingly good actors.

This emotional drama revolves around a carefree girl who is battling depression. The zee web series deals with the love for family and the strength of a girl to cope with the sudden loss of her parents.

While this Web series starts off as a simple drama, towards the middle it gets extremely hard to cope with. Seeing how Adah Sharma deals with depression as she loses her parents and how she realizes that because she was too busy chasing her dreams she missed out on what she really wanted. Set in Goa, Zero Kms is one Thriller Zee5 web series you don’t want to miss. Featuring Tanmay Dhanania and Naseeruddin Shah this web series deals with the issue of human trafficking.

The story revolves around Arjun (Tanmay Dhanania), who is fighting to bring his brother’s murderer to justice and in the process stop a human trafficking racket.

The series begins with Arjun in jail, where he is being trained by his mysterious Guru (Naseeruddin Shah). After his release, Arjun again faces trouble when the police consider him a prime suspect in his brother’s murder.

While the actors and the storyline are enough to keep viewers hooked. The directorial proficiency of Q does not go unnoticed. With the jumps between past and present scenarios and the unusual shots of cinematography, Q manages to keep the viewers on the edge of their seats.

Every episode ends with a cliffhanger that will make you want to binge-watch it even more.

Which is why Zero KMS comes in at #7 in the Zee5 web series list.

A crime comedy series Kaale Dhande despite being a comedy series is not the typical laughter-fest type. It is more based on wicked and dirty humour with a hint of sarcasm thrown in. The characters in the series are messy, quirky, and extremely relatable. The series itself is an ode to masculine sexuality and the conservatism that Indian families have when it revolves around sex.

The series revolves around the lives of Vicky, a photographer, and his friends Sam and Sudarshan.

This comedy highlights the topics of moral policing and taboos surrounding PDA or public display of affection. Although the series does have some moments of romance, most of the episodes deal with expletives relating to sex, and most dialogues are filled with sexual innuendos.

While this Zee5 web series is more of a light comedy, watching it with the family is not a good decision.

But because of the acting skills of all the characters involved, the funny script, and the amazing direction, this series comes in at #8 in the Zee5 web series list.

11 years back Indians cried as they watched a terrorist attack that took more than 160 lives and left 300 injured. The 26/11 terror attack will forever be ingrained in the memory of all Indians as a day that no one wants to relive but cannot forget.

The series does not over-dramatize the attack nor does it glorify the warriors who chose to fight for the people. It starts with the National Security Guards struggling with budget cuts. As the forces deal with rationing of weapons and missing equipment, a group of terrorists sneaks into a hotel in the middle of bustling Mumbai, taking hostages.

The actors in the series do not overplay their roles and prefer taking a step back and letting others stand in the spotlight. Not to forget the actors who portray the terrorists, this Zee5 web series shows what went wrong that day.

From lapses in poor communication to the web of the protocol to budget cuts, this series touches upon the tender topic of ‘what if’.

All-in-all this series is a must-watch for people who want to know more about what happened that day and how our brave NSG warriors fought for their countrymen. Because of this, the State of Siege is on the Top 10 Zee5 web series.

The final Zee5 web series that belongs on this list is the sci-fi rom-com series Phone-A-Friend. The series revolves around a confused college professor who’s phone becomes his best friend. His phone has a new artificial intelligence called Leonardo who tells him that all mobile phones can communicate but cannot reveal it yet to human beings. And that this is a test run where mobile phones are trying to understand why the human race is based on emotions like love and hate.

What follows after this is loosely based on a ‘Comedy of Errors’ where Leonardo helps Varun get his life together and even gets him the love of his life. But disaster strikes when Jiya (Varun’s love) realizes that she may actually be in love with the Varun-over-the-phone aka Leonardo and not the face-to-face Varun.


The Zee Network has always provided viewers with entertaining shows. Zee5 is no different. Zee5 has been coming up with some fascinating web-series since it hit the market. While some shows have been controversial, most of them have burning questions that they answer.

And while the scripts and storylines are fantastic, notice must also be given to the direction and the acting skills of all the people involved.

With the amalgamation of talent, skill, and forward-thinking attitude, Zee5 has proved that it is one OTT platform that is here to stay for a long time.

What Are the latest Web Series in Zee5 you can watch in 2020?

Author Details
Sadat Hossain
Author Details
Mr Sadat Hossain is a blogger, Digital marketer, and Tech enthusiast who aims to render a reliable assistance with his expert knowledge in distinct domains. He further desires to utilise his content creation and cognition skills for a better succession in coming future.