The Indian TV and Film Industry is diverse with high-quality content as well as talents from different parts of the country. Each state is profoundly subtle and beautiful in its own way for entertainment portrayal. Out of so many industries in the field, the Telugu industry has been progressing significantly. 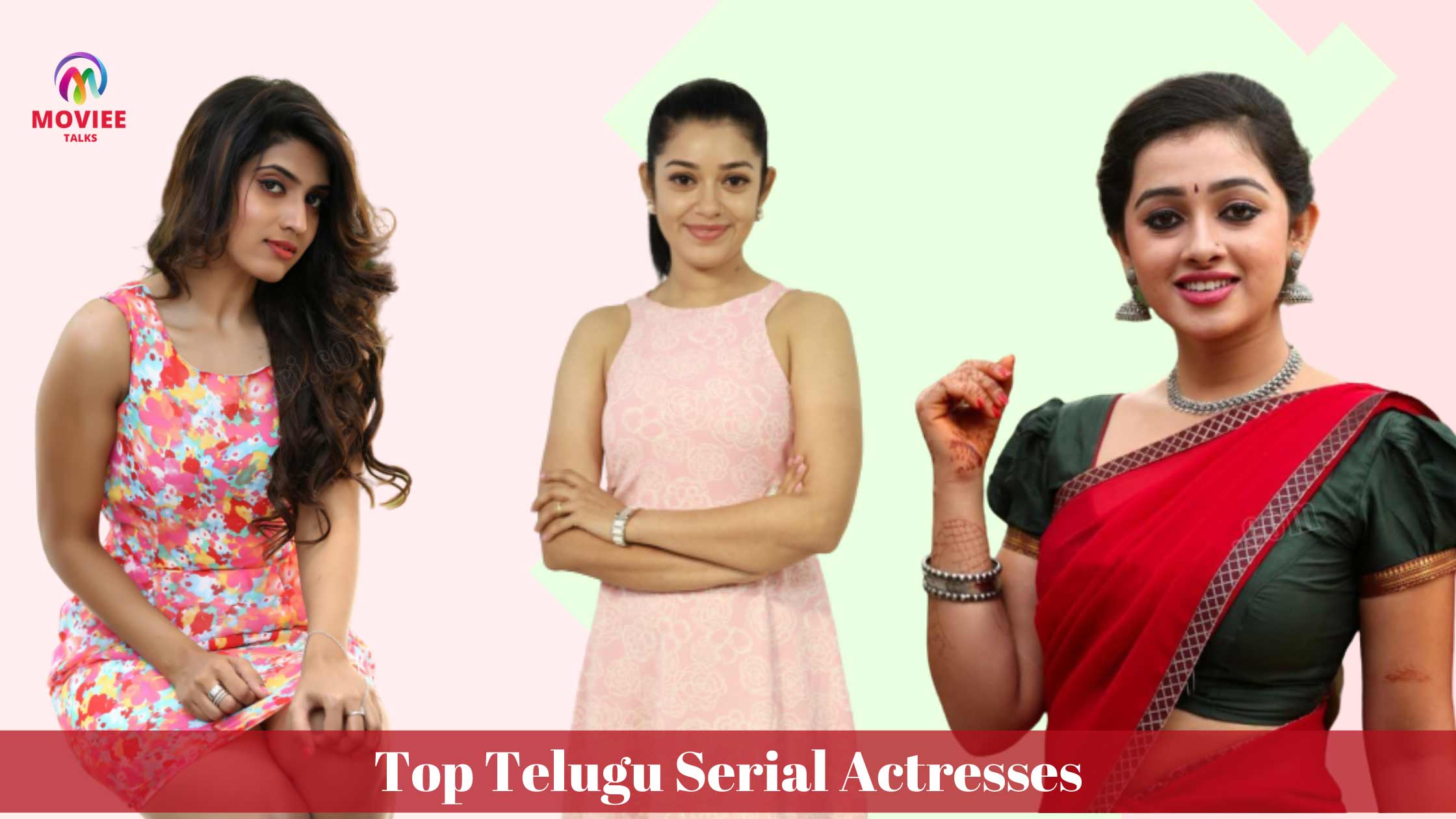 Not only the ideas and techniques of these classic TV shows are unique but the leads and the characters are equally outstanding. They certainly keep the audiences glued up to their respective couches throughout the run time. Be it the attractive appearance or skillful acting, Telugu serial actress is surely one of the most significant parts of any Telugu daily soap.

Like other industries, Telugu Television includes some of the most impressive female talents of today’s time. They are surely one of the many reasons why most of us watch our TV screens every evening. Hence, in today’s read, we will be mentioning the top 8 Telugu actresses who have become a part of our daily lives in a short period of time. So, without any further adieu, let’s begin.

With time, Telugu serials are getting recognition all over India for its captivative storylines. However, none of these TV serials are complete without the brilliant leads in the show. Not to forget the beautiful and skilful Telugu serial actress who are nothing but a compliment to these popular serials. As a tribute to their flair let’s get a sneak peek of some beautiful Telugu actresses of today’s time. 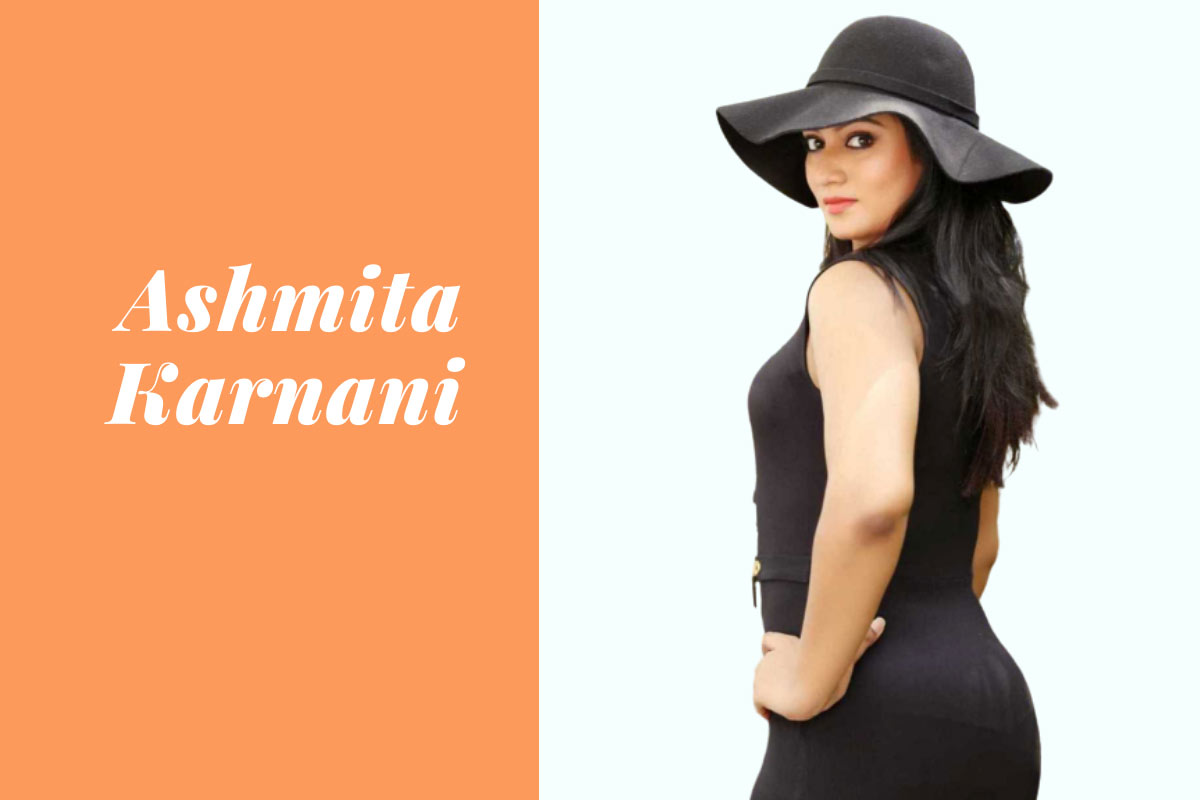 Born on 29 September 1980 in the beautiful city of Rajasthan, Ashmita Karnani is a popular face in the Telugu Television Industry for her iconic roles and effortless acting skills. Her debut serial was ‘’Padmavyuham’’ where she got recognition for her role as Gowri & Chamundeswari. It was available on ETV Telugu.

Ashmita has been part of more than 15 serials till now. Some of her outstanding work involves Chandramukhi, Madhuram, Toorpu Padamara, Muddu Bidda and many more such TV shows. Her acting skills got her several interesting films too. Apudapudu, Madhumasam, Athithi, Collector gari Bharya are few to name. You are likely to spot her in numerous commercials, as she is quite common in that genre too.

Talking about her personal life, Ashmita Kirani is currently married to Sudhir, who is a choreographer by profession. Popular for her outstanding work in Telugu, Tamil and Kannada Television, Aishwarya Pisse is surely an excellent Telugu TV actress of the industry. She is popular for her role as Gowri in the TV show Agnisakshi. Besides, she was also a part of Star Suvarna’s TV show Srava Mangala Mangalye. Her active year initiates from 2015.

Aishwarya has completed her academics with a bachelor’s degree in Business Management from Maharani’s Arts Commerce and Management College for Women. She was born in Bengaluru, Karnataka. Her impressive roles got her two Kannada movies viz, Santhu Straight Forward and Srikanta. She further made her Kannada debut with the movie Muthu Mavutha. Meghana Lokesh was born in the mesmerizing city of Mysore in Karnataka. For her impressive acting, she got promising roles in the world of theatres before she made her appearance in the TV serial industry. Besides her family of four includes her mother, father, and brother, who is an engineer as well. In theatres, she did around 270 shows under the mentorship of Mandya Ramesh. She kept doing theatre until the completion of her academic degree.

Meghana Lokesh initiated with her debut in the Telugu TV industry as a supporting role in a show ‘’Devi’’ which was available on Zee Kannada. Likewise, Meghna Lokesh was also the foremost actress in the classic ‘’Pavitra Bandhana’’. Her biggest hit in the industry was ‘’Sasirekha Parinayam’’ that got her endless appreciation for the role as Sasi or Sasirekha. The show was active from the year 2013 to 2016, making the actress a popular name within the Telugu Television Industry.

Apart from television serials, she has been a part of films like ‘’Idhi Ma Prema Katha’’, ‘’Emotion’’ and many more. 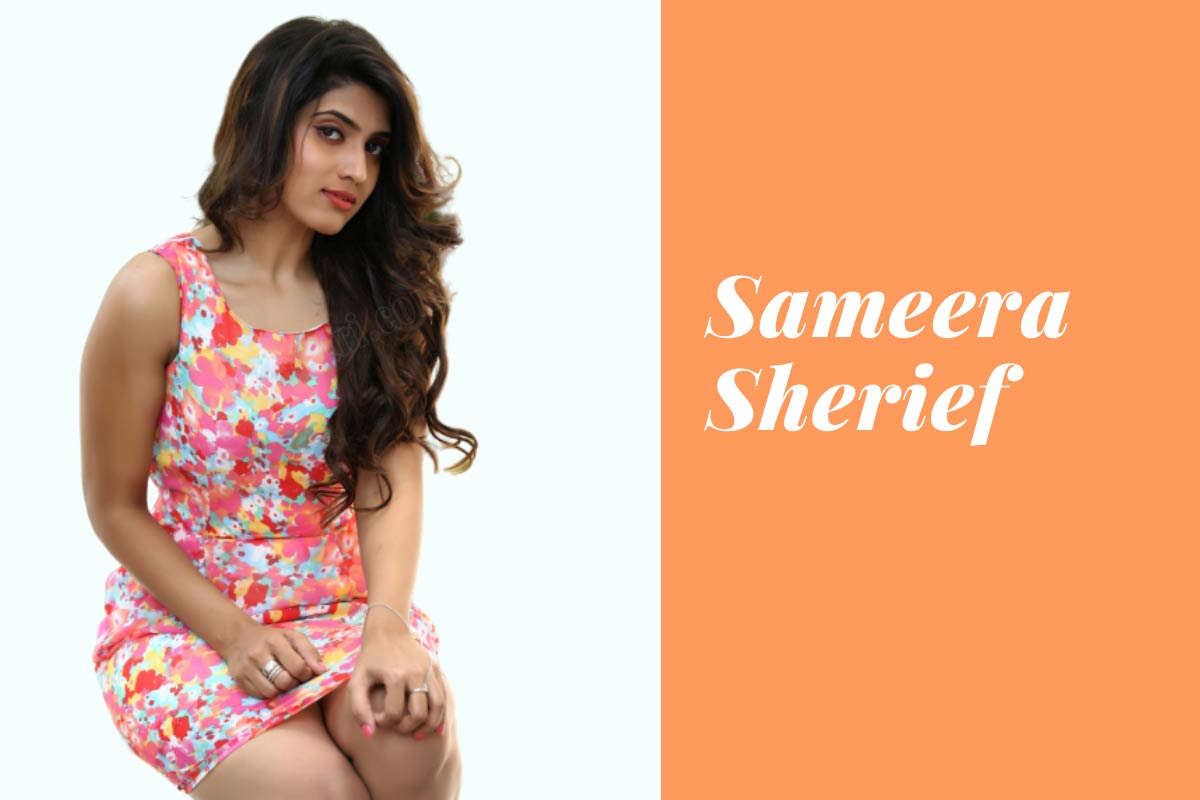 In 2006, she started her career with the Telugu Television show ‘’Aadapillain’’ at the age of just 15. Since then she has been a part of numerous serials like Prathibimbam,Manavaralu, Mangamma Gari, and Bharayamani. Besides that, she has also made appearances in various Tamil serials like Pagal Nilavu and Rekka Katti Parakkudhu Manasu. She also got several awards including Vijay Television Awards Find for Pagal Nilavu.

She got married to the popular actor and producer Syed Anwar Ahmed. Her mother in law Shanoor Sana/Sana is a popular TV personality herself. Currently, she is working in a Tamil TV serial, Mr and Mrs Chinnathirai. 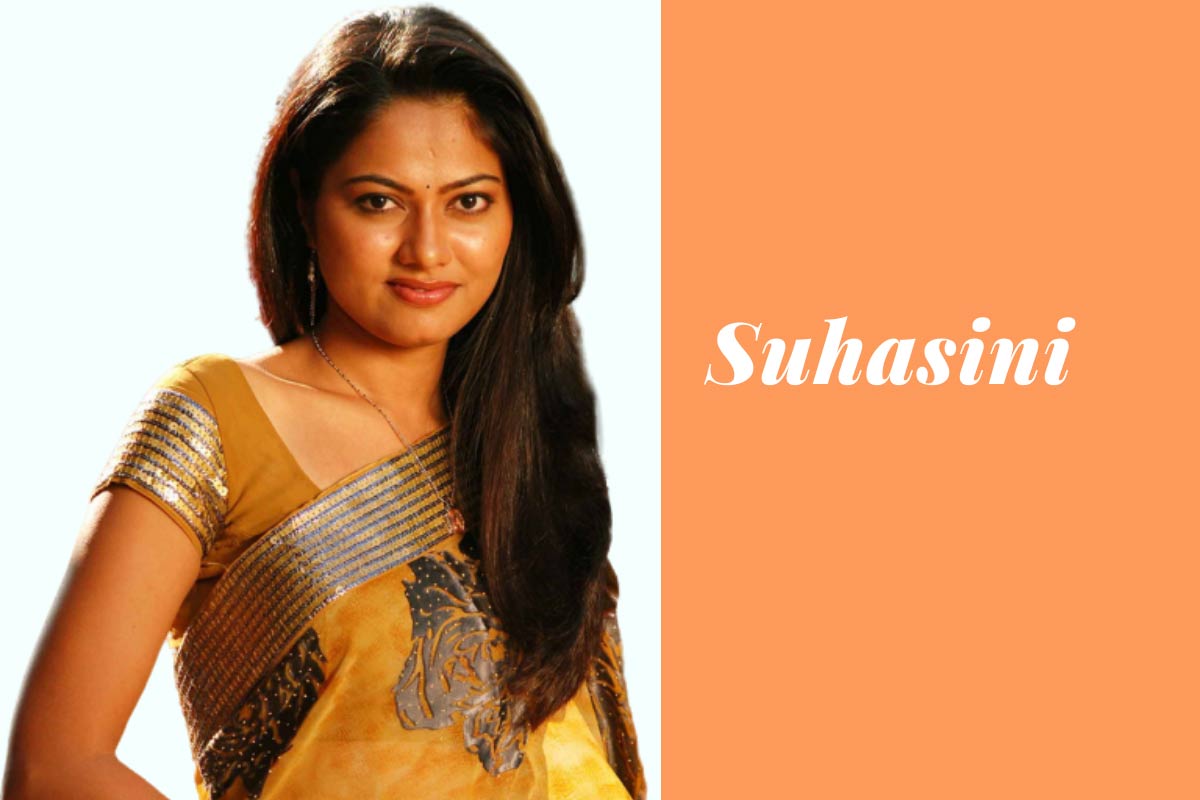 Next in the top Telugu TV serial actress list is Suhasini or Suha. She was born in the year 1988 in Nellore District, Andhra Pradesh. Before exploring the Television industry she worked both as a supporting and lead actress in several Telugu as well as Bhojpuri films. Her acting career started in 2003 as a lead in different movies, however eventually she began working for the TV industry.

Suhasini’s debut Telugu show was Aparanji as a lead actor with over 300 successful episodes. Later, her performance got her the opportunity to act in other shows like Anubandhalu, Ashta Chamma and Shivashankari.

With a rapid succession in the Telugu TV industry, her acting career took an impressive turn with influential roles in both movies and TV. It further gave her the exposure for good films that certainly led her to sign up for challenging contents. However, in 2015, she made a comeback with the TV show Iddaru-Ammayilu on Zee Telugu.

To mention her personal life, the actress got married to Dharma, her co-star from the serial Iddaru Ammayilu in the year 2016. Rajyalaxmi is one of the famous South Indian movie and Telugu serial heroines born on 18th December 1964 in Tenali, Andhra Pradesh. By indulging in the acting industry with diverse plays, Rajyalakshmi got the role of ‘’Sarada’’ in 1980.

Her acting graph was high in the 1980s with several Telugu, Tamil, Kannada and Malayalam films in her career. She has worked with various well-known actors like  Nageshwara Rao, Rajinikanth, Balakrishna, Jeetendra, Dilip and others. Nowadays, she also made

She got married to K. R Krishnan in 1990 and has two kids, Rohit and Rahu Krishnan.At present, her residential house is in Chennai and Hyderabad. Chaya Singh is another famous film and Telugu serial actress names who started her career with the Kannada industry. She is known for being choosy with her roles and has surely paced herself with several different regional films in Tamil, Kannada, Malayalam, Telugu and Bhojpuri.

Her debut movie was ‘’Munnudi’’ in Kannada industry, after which, she went on to explore the Tamil film industry. As soon as she got popular in cinema, she did several TV shows like ‘’Sarojini’’, ‘’Prem Kathegalu’’ and others. Some of her Telugu serials include Kanchan Ganga on Maa TV.

Mentioning her personal life, her parents came to Karnataka before she was born. The actress was brought up in Bangalore where she did her schooling till class 2. In June 2012, she married the Tamil actor Krishna, who starred in Deivamagal. Pallavi Ramisetty is a Telugu actress by profession who was born in Vijayawada. She has made her appearance in various Telugu serials that aired on ETV channel.

The actress’s debut TV show was Rangula Kala after which she gradually became famous for her impeccable acting skills. Her serials like Adadhe Adharam and Bharayamani made her a popular name in the industry. This was quite clear when she got the Nandi award as best small screen actress for her TV show Bhrayamani.

Pallavi was further part of numerous tv shows that include names like Ali 369, Cash, and Star Mahila. She is one of the best Telugu TV actresses of today’s time.

Read: Top 20 Tollywood Heroines That Are Beauty With Talent

This was the list of some of the best Telugu serial actresses who are blowing minds with their performance in Telugu TV shows and other industries. Not only are they a clear definition of talent but the expressions and skills of these beautiful actresses have made them favorites among the audiences.

Likewise, these deserving Telugu serial actress names have certainly led Indian audiences from distinct states, follow Telugu TV serials and shower the affection and love endlessly. For now, that’s all folks! Keep following us for more such content on the entertainment industry.