Do you want to watch the best Hindi horror web series with different plotlines in each episode? Then go and watch Parchhayee. This short web series shows the dedication level of the famous Ruskin Bond. 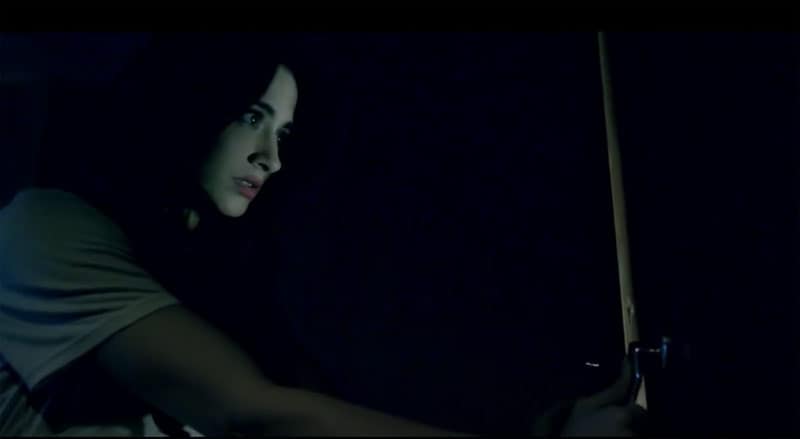 This ghost web series is all around a girl who has something from her past bothering her. Besides, there are two guys are involved in the story. One is her mysterious neighbor and the other one is her best friend. This is one of the best Indian horror web series that comes with 10 episodes.

Produced By– VB On The Web

Have you watched the old dead girl horror series? If so, then you will love to watch this top horror web series in Hindi. In this web series, Kalki plays the role of a PTSD suffering girl who sees a mysterious girl everywhere. First, she believes that it was her imagination, later she discovered that the girl died 20 years ago.

The typewriter is one of the best-haunted web series and was released on 1st July 2019. It has 1 season and consists of 5 episodes. The story starts with a group of young friends who always search for ghosts. In their neighborhood, there is a spooky villa and they want to catch the ghost as soon as possible. This is a decent Hindi horror web series that will refresh your mood.

This Indian horror web series starts with a strange prisoner captured by the military. Now, when they start interrogating them, unusual events take place. All these things happen, as the prisoner summons an evil from the Arabic folk fare. The ghost series comes with 1 season consisting of 3 episodes so you can quickly watch the web series.

As the name suggests this Hindi horror web series is all about black magic.  There are many movies and web series that show black magic and dark powers. In the Tantra web series, we see that a woman wants to ruin her in-laws through black magic.

We all watched the Ragini MMS movie. After the huge success of the movie, producers decide to make the web series Ragini MMS Returns web series. The story of the web series starts with a college girl along with her friends. There is a ghost in the story who killed the one who lied. This ghost web series has 2 seasons and each season comes with 27 episodes.

This is another top Indian horror web series that you can watch on your own and judge by yourself. The story starts with a girl who meets a stranger boy. She asks for a lift and then takes the boy to a haunted cottage. What will happen next? For that, you have to watch this web series.

Do you want to watch horror web series in which secrets are involved? If so, then this ghost series will fulfill your every demand. A friend’s group visits Rudrapur for a trip. One of the friends is an architect and accidentally opens a door which puts all of them in danger situation. This is a very exciting web series and was released in March 2020.

The Hindi horror web series starts with a happy family whose life becomes hell when the husband takes the family member to a mysterious home. When the black power attacks the family, the wife tries everything to save her family. To know the rest of the story, you have to watch the web series.

In this story, a girl falls in love with a man who already died. This is a horror love triangle story and shows sacrifice for love. It has 1 season and was released in 2019. Another Indian horror web series is all about ghosts, paranormal activities, zombies, and supernatural events. This web series comes with 2 seasons and the total number of episodes is 49. Different people have different opinions about this web series, but we recommend you watch it first and then give your own review.

The story is about a cop who is shifted to the graveyard morgue of a hospital. In the morgue, the cop experience many violent, dark, and bashful events. He believes that everything is done by evil. You will enjoy suspense throughout the story. It has 1 season. The Shaitaan Haveli has 1 season and there is a total of 8 episodes. The web series starts with a B-grade filmmaker who decide to shoot a horror movie in an old haveli. After some days, they experience that the haveli is actually haunted. Watching this web series means you will enjoy so many scary moments.

Flip is another Hindi horror web series that comes with 4 episodes. Each episode has a unique story. It’s a must-watch horror story and gets a good response. We suggest you watch the web series and then give your own opinion.

We include Betaal in the list of most haunted Hindi web series list. The story is about a cursed village at the time of war between the British and Indian armies. It was produced by Red Chillies Entertainment and was released on 24th May 2020. It’s a horror comedy-based web series and the story is about Manav along with his friends. They went for a vacation in an isolated resort. Each of his friends died one by one and turn into a zombie. In the web series, Manav behaves like he is a decent boy, but later he shows his mysterious side. Haseena, an invisible ghost trying to contact Manav.

Tusshar Kapoor plays the role of Manav. We recommend you to watch this web series.

The web series is about the hidden treasure of the 20th century.  There’s a village in Maharashtra, named Tumbbad. There are many supernatural activities happening in the village. The movie was released on 12th October 2018. This web series gives you a full thriller experience.

11 Top Class Web Series on Indian Army You Should Watch

We all have weaknesses in horror and haunted movies. Indian horror web series gives you a complete scary environment and you can watch Hindi horror movies with your friends and family members during the night. These are the top 18 ghost web series you can watch and feel the scare.