Some lines and scenes of movies become so iconic that they are referenced in different films repeatedly. It is not surprising even though any movie references several older movies. Especially those that have reached the highest of its success in Hollywood. In this article, we have covered and tried to discuss some scenes and lines of films which, you have already seen and liked, have been referenced in pop culture many times. Check the list of all those most referenced movies are – 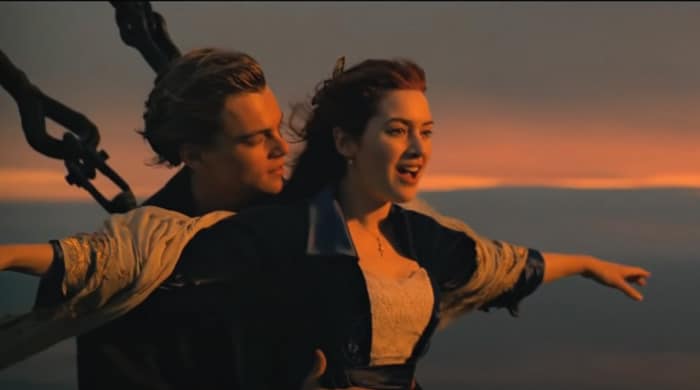 Here we discussed some such most referenced movies that one should watch for entertainment. The list is – 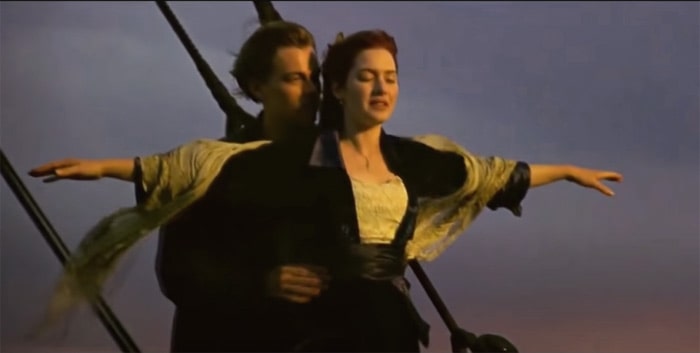 The sinking scene from the movie Titanic, one of the best cinematic displays of the 1990s, will always be remembered. To make more frightening the inversion, James Cameron applied his expertise in cinematography. Star-crossed lovers of Titanic- Leonardo DiCaprio and Kate Winslet maintain their popularity till the date as Jack and Rose.

The lines like “Draw me like one of your French girls”, “I’m the king of the world” may seem quite stupid but still are remembered through generations. The terrifying sinking scene of the ship and the Splitting of them make the movie tragic and more remarkable. It is one of the most quotable movies. 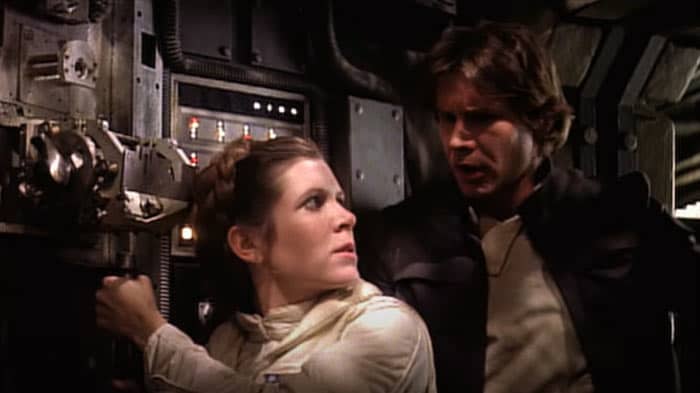 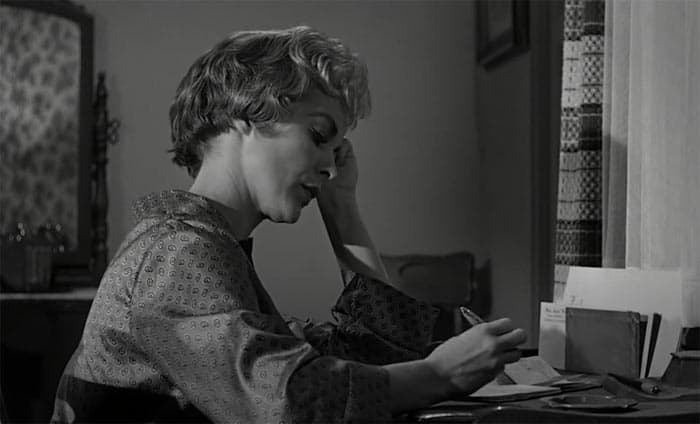 In so many movies and TV shows, there is a reference to this masterpiece. Psycho is the peak of suspense and thriller. Everyone remembers the violin strings during the stabbing of the victim by the murderer, and we think about the score when we look at “Finding Nemo” (2003) and the fish-killer Darla.

The killing scene in the shower scene of this film has been used as a reference to “Looney Tunes: Back in Action”. Mel Brooks’s “High Anxiety”, “The Simpsons” are also some movies that did not miss the scope of using them as reference.

In “Phantom of the Paradise”, De Palma also parodied the scene; Alfred Hitchcock made such a masterpiece ending with a twist and, later many tried to reproduce it but those failed to match the level. It left an impact on the audience. It also has the most referenced movie quotes.

In pop culture, Jaws has been referenced many times. The most quotable lines are very famous from the frightening staccato score. The television show Spongebob Squarepants parodied the score and the scene of nailing the chalkboard of the movie Jaws. The movie “Meg” (2018) quoted the plot of Jaws with a humongous shark.

For the beach travellers, the film is quite fearful, and that makes it more famous. Many movies, books, TV shows; use it as a reference in so many ways. It could be counted among the most quotable movies. 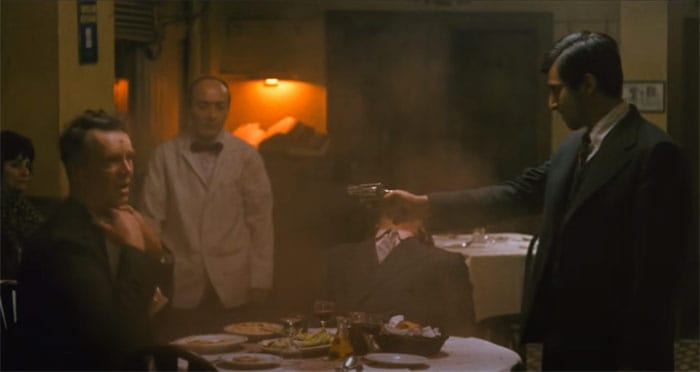 This movie is one of the best dramatic portrayals of crime systematically. The film is iconic. It is one of the most referenced movies that has been referenced, mentioned, and parodied in several movies and shows time and again.

“Zootopia” (2016), the movie as a reference, “Megamind” (2010) parodies the character of Marlon Brando. Although the references have been used in a very light way, the movie manages to make a place in history. The famous quote from the film is “The Day My Daughter Is To Be Married!”.

It falls in the list of most quotable movies. Many movies and TV shows copied and quoted this film so many times. Its darky components and obsessed narration have emulated all the time. The movie has quoted in the show MAS*H and the famous line “We’ll always have Paris” from Casablanca has been quoted in Woody Allen’s movie “Manhattan” (1979). The film “La La Land” (2016) mentioned the plot. Everyone could understand the cultural occurrence of the movie.

For the most part, the audience liked the film because it has no aggression and no impurity and is seen repeatedly without being bothered. For some facetious memes, the movie delivers some great lines. Anyone who wants to collect some flavour in their comments can use it as a reference. It has an immense noticeable flash. 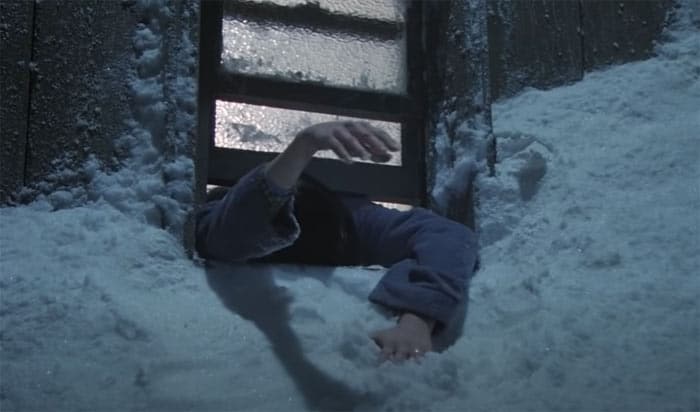 It is a horror/ thriller movie that has been used as a reference in so many movies, TV shows, and internet memes. The line from this movie, “Heeeeere’s Johnny!” is a very famous one. It has most referenced movie scenes that full episode of this film has parodied in the movie “Psych” and Jack’s shirt inside a red jacket.

The direction of Stanley Kubrick is appreciating. Jack Nicholson and Shelley Duvall’s acting are brilliant; the cinematography also associates the mood with great success. 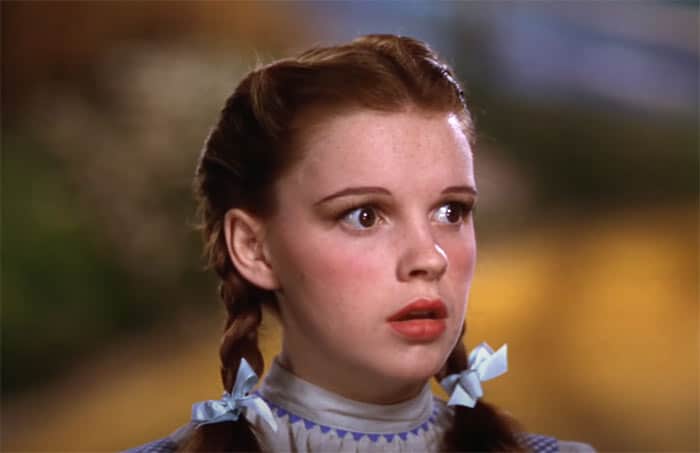 It is one of the most referenced movies in Hollywood’s pop culture. By the film, we get the opportunity to experience pleasant music with Judy Garland” s tremendous performance. The iconic characters like Scarecrow, Cowardly Lion, Toto, Tin Man, Wicked Witch will always be in the minds of the audiences.

Many quotes like “I don’t think we’re in Kansas anymore”, “There’s no place like home” have been referenced in different movies. Therefore it also comes under the list of most quotable films. Hollywood always likes to follow such films so that everyone can relate easily.

This film has been referenced, as well as quoted many times in the media. Because of its cultural impression, the movie strikes the theatres. It keeps its title as the highest-grossing movie in 80 years. Though the lines have not been quoted nearly, it still has the most referenced movie scenes.

The line “Shaken, Not Stirred” has been quoted in their bond films franchise so many times and even in some other movies like “American Dad!”, “Blackadder”, “Star Trek: Deep Space Nine”. When asked to Bond what he wanted to take Martini shaken or stirred, he said, “Do I Look Like I give a damn?”. First, in “Goldfinger” (1964), Bond ordered it though Dr No from the movie “Dr No(1962) was the first to say this.

Bullet_time visual effect became famous after the movie scene from “The Matrix’ in 1999. After that, in many films, it has been referenced like sci-fi action films in “Shrek”, during the fighting of Fiona, and Robinhood in the climax of “The Simpsons”, and by V’s fighting in “V for Vendetta”. So it is one of the most referenced movies. 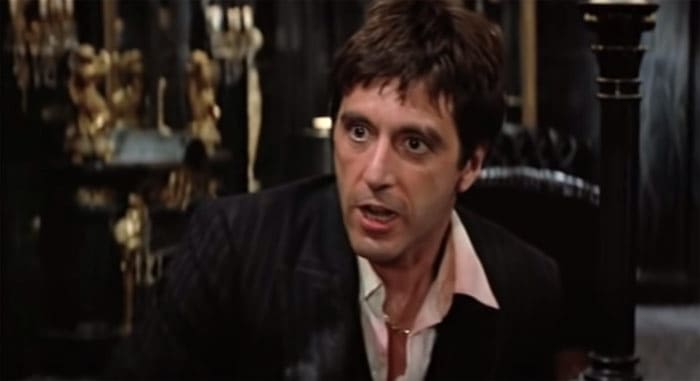 It is the most common scene and dialogue from the movie that we can notice whenever anyone carries a big weapon; they tend to say this line. Of course, there are many, but for example, we can take some of those like “Bob’s Burgers”, “Ace Ventura: When Nature Calls”, “South Park”, “The Sopranos”, “Psych” etc.

The scene of this movie and the line “My Precious” has been referenced in many movies like “The Big Bang Theory”, “The Simpsons”, “South Park”, “American Dad!”, “Family Guy”. One must be talented if they can imitate Andy Serkis as Gollum. 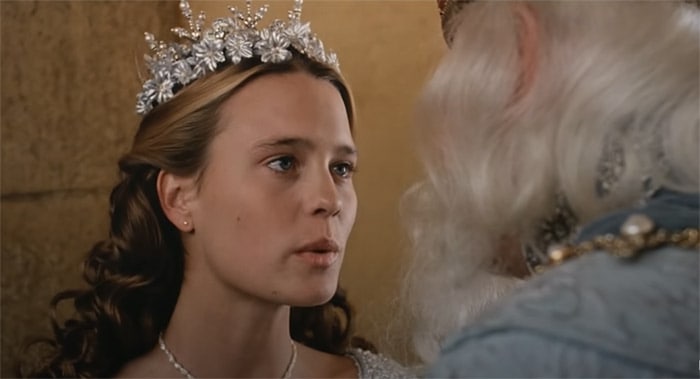 Some quotes from this movie like “Hello. My name is Inigo Montoya. You killed my father. Prepare to die”, “As you wish”, “Inconceivable” have been referenced many times in different movies. Those have been quoted about 162 times. It has the most referenced movie quotes ever.

The dance sequence of this movie became so famous that it has been referenced so many times. In this movie, the dance of Tom Cruise wearing his underwear and socks is an iconic scene. This scene added a personality to the sight except for any line. Scrubs made the scenes attractive on their own.

The scene of a couple kissing in the surf from this movie has been referenced in many films. It is one of the most referenced movies of all time. It is a romantic scene with comedy that always makes us laugh. Later many movies like “Shrek 2”, “Airplane”, “The Simpsons” referenced this scene; it is for laughing.

The movie is an adventurous comedy whose quotes become very popular, and later, it has been referenced in many movies about 54 times. The famous quotes are “Be excellent to each other, and party on, dudes!”. 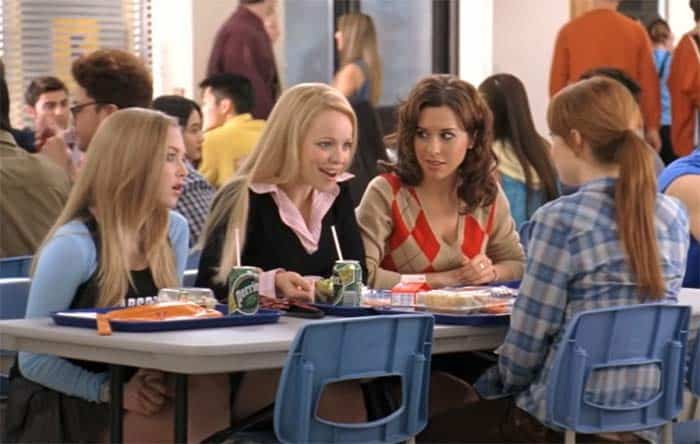 The vast popularity of this movie helps the writer and director to dig the mine easily. This film went up to an unreal level that has been referenced in films like the biopic of “Marie Antoinette, Awkward”.

Many quotes from this romantic drama have been referenced in other movies. Some sections are, “My mama always said life was like a box of chocolates. You never know what you are going to get”, “Run, Forrest, run!”, “That’s all I have to say about that”. Those quotes have been used approximately 36 times.

Here is a list of most referenced movies in Hollywood from the scenes and dialogues used repeatedly after the original. Hopefully, watching these movies will not be boring because the scenes and lines of the films are iconic and classic. Of course, there are also many more movies, but these are the most popular of all.