When it comes to comedy or mostly Indian comedy, the industry has noted a large number of male names. However, when it comes to female comedians, recently, the industry has seen a spike of some talented women with an outstanding sense of humor. When we talk about such ladies, there are few of them who have become quite popular. If you are wondering which ones, then plunge into the list for a detailed idea. That’s because, in this read, we are going to mention some famous female comedians who have stolen the limelight on different platforms in today’s time. 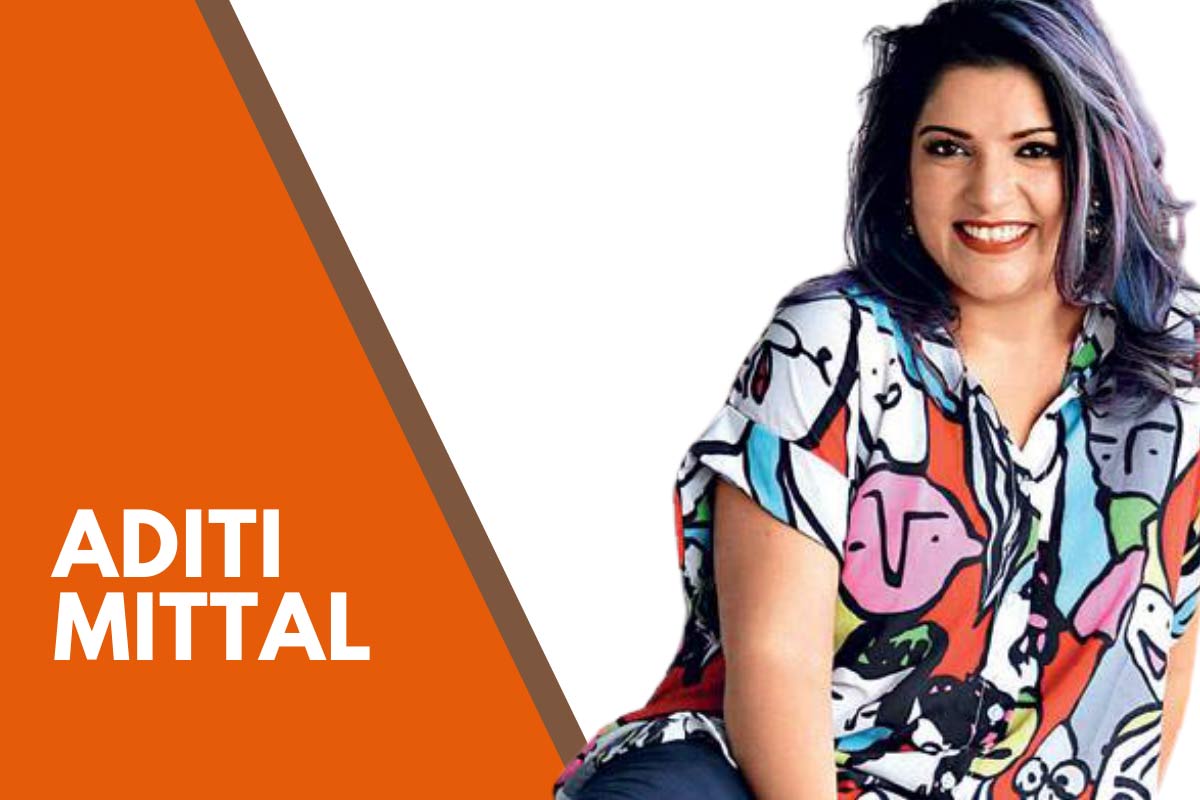 You must have seen her on different shows, including the popular AIB roast event. Aditi Mittal is one of the most iconic female names when it comes to Indian stand-up comedy. Her sense of humor is on point, with relatable jokes to tickle your bones. Also, her fan following is quite vast, with a large number of subscribers on YouTube. To mention some of her popular commentaries, Mittal has talked about honest situations related to women. 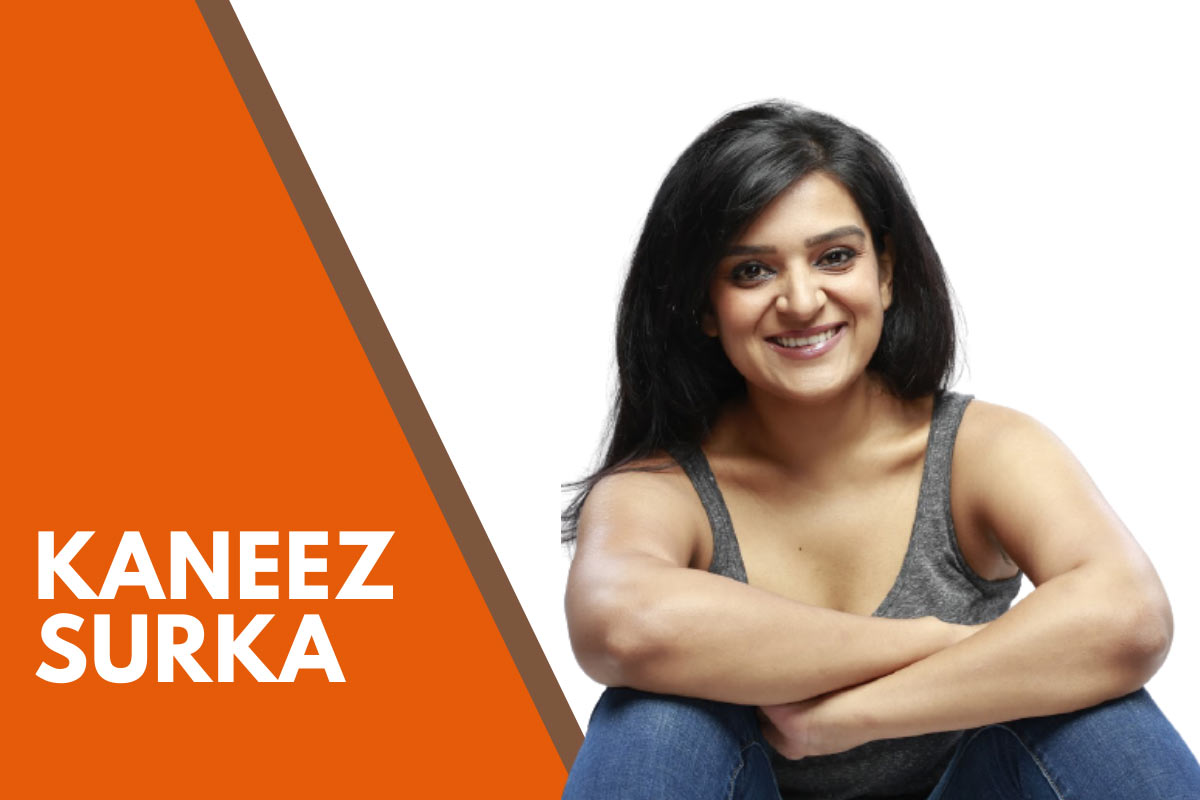 When it comes to Indian female comedians, who doesn’t know Kaneez Surka? She is quite a famous face in AIB videos, and you must have also seen in different stand-up comedy videos. Her expressions and commentary are so appropriate and relatable that one can consider her as a queen of comedy. To flashback her career, she has been a part of Cyrus Broacha’s The Week That Wasn’t show during the mid 2000’s. Apart from that, she is a part of India’s improvisation club, and she has studied at Magnet Theatre, New York. Wondering where you have seen her? Well, If yes, then let us help you. You must have seen her from the Women’s Best Series By AIB. In addition to that, she has also been a part of the Amazon Prime Comedy web series called Pushpavalli. To mention her early life, she has been a member of an improvisational comedy club called The improv. During this time, she performed 100 domestic shows and sessions in Dubai and Sweden. She was also employed in a Food lab in Bangalore. The woman is a pretty popular name when it comes to the best female Indian comedians in the country. 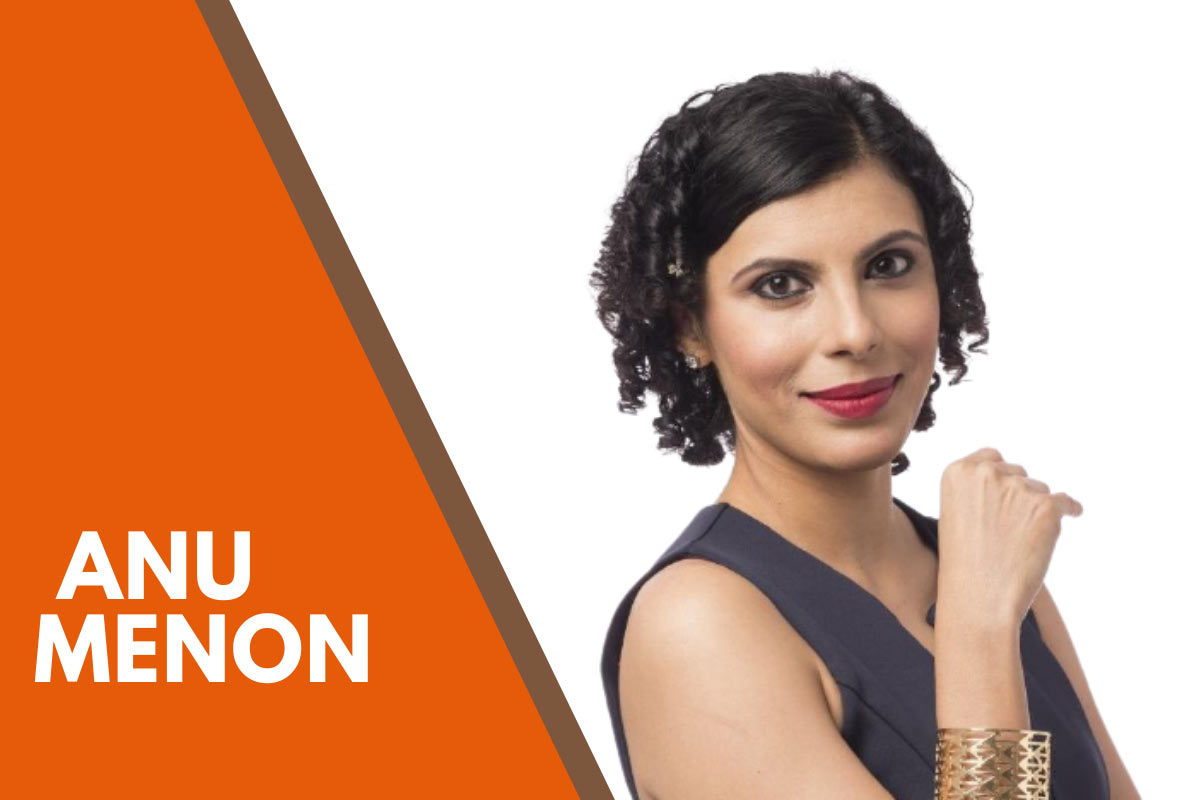 If you looking for raw and wild comedy, Anu Menon is one of the names you get in your list. In her career, she was also known for her outstanding direction and screenwriting. She is the Amazon special wonder Menon, who also has a humorous way of storytelling. The audience stay spellbound after hearing her narration in several on-stage programs. 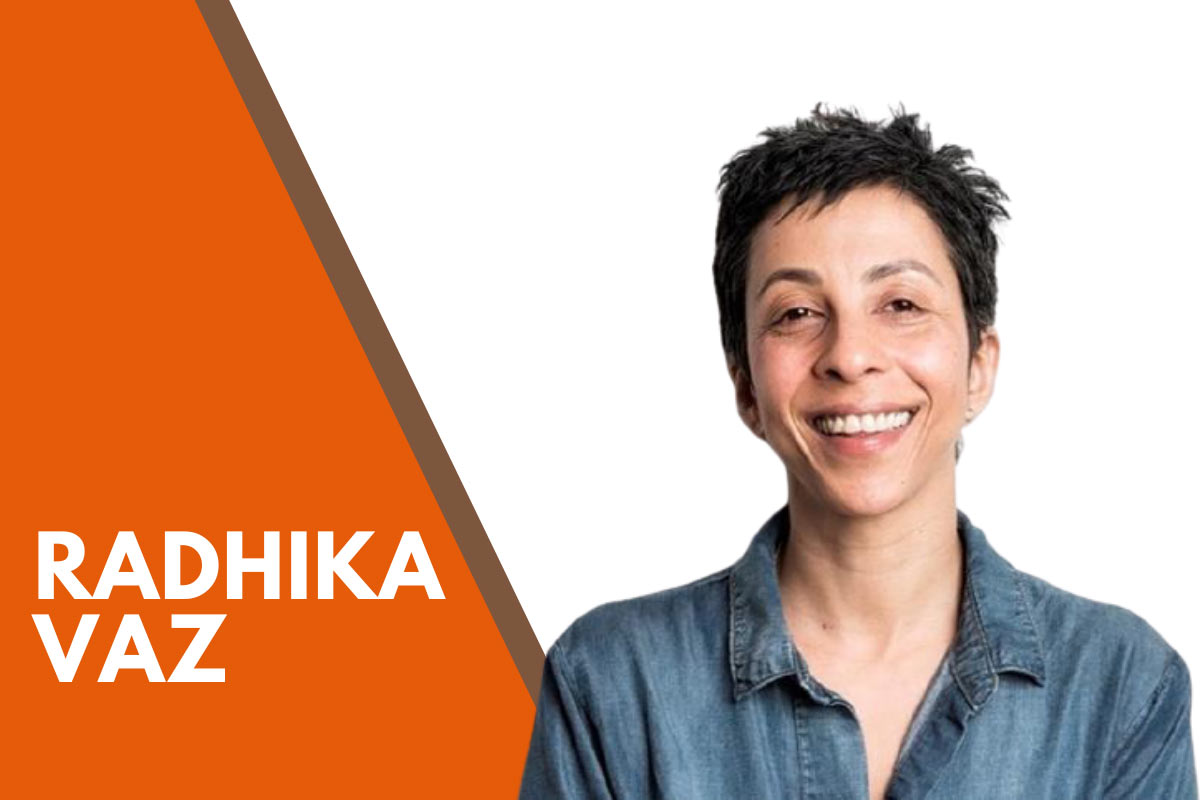 Born in the year 1973, the female comedian was a resident of Mumbai. Primarily, she used to work as an advertising executive in a Chennai-based company. Later the comedian attended the provisional theatre classes. As a result, her acting skill has developed to a larger extent. She was well known for her no holds barred stand-up comedy. You will be able to view a lot of her comedy videos on YouTube. There, you will get a wonderful touch of elegance backed with fun and entertainment. One of the most famous stand-up bits is; Why men and women are different.’ You will be spellbound after watching her program. She is one of the youngest Comedians in Bollywood. Urooj Ashfaq is very well known for her fabulous stand-up comedy. But, her speech includes lots of sarcasm. You may also say that the female comedian portrays the facts and situations which are mostly dark and absurd. But, people like her comedy that way as her way of delivering the speech is just incredible.

When you think about the female Come Decian, there might be several names that might ponder in your mind. But, Ayushi Jagad is one of the famous names. She is a little older than the other Comedician but has a wonderful sense of humor. The audience will always see a wonderful feel while she presents her experience among the mass. You can also follow her Instagram post to have more facts on her comedy. 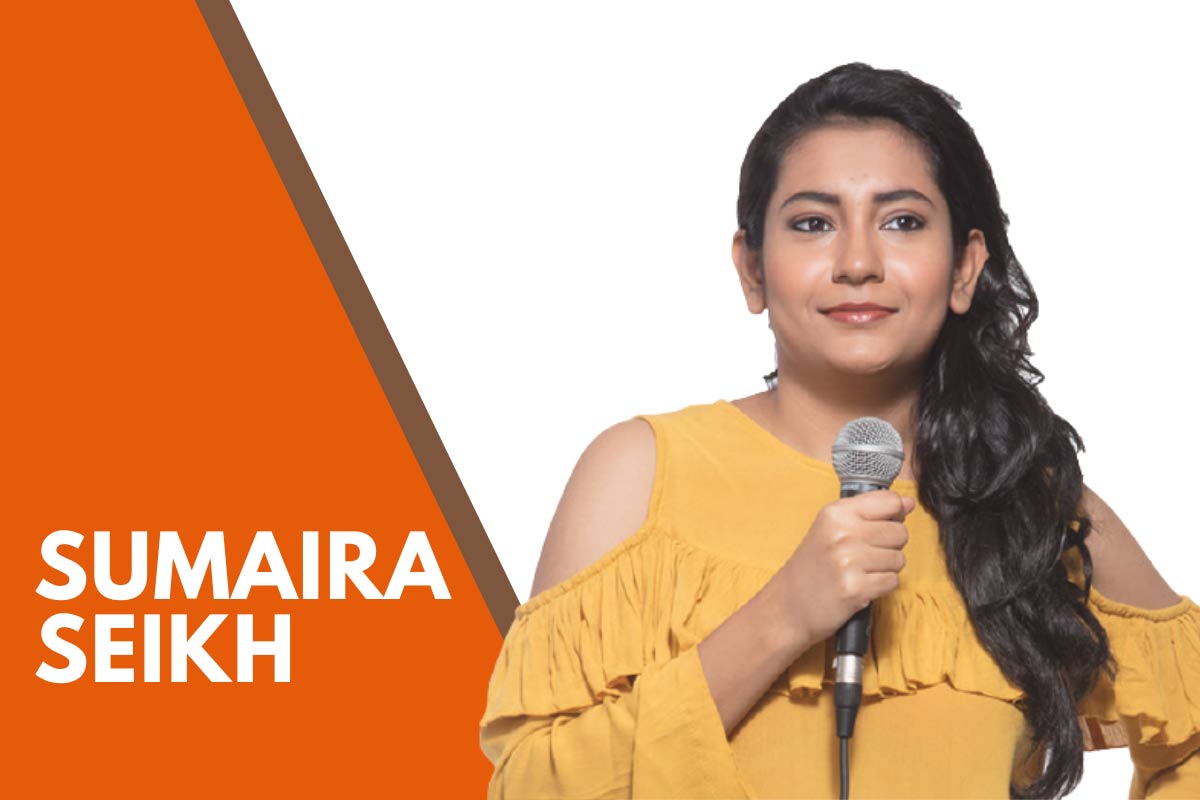 The female comedian picks up a very unique topic when she is in front of the mass. She shared her experience of gambling with her dad. Also, her audience has enjoyed listening to her SSC school experience. She creates the punchlines so that even a very serious issue becomes very easy and lively. When she delivers her speech, it appears as if she is throwing a bomb in a funny ways.

There is a conception among various people that the residents of UP are very successful in life. Whether it comes to cracking IPS examinations or getting a better position

incorporates. Today, Agrima Joshua has proved that people from UP can be famous comedians as well. She brings her real-life experience and observation among the mass and that too in a sarcastic way.

Another young and famous female Comedian is none other than Sejal Bhatt. For the household banter, her comedy becomes a sense of the question. The Chaddi story is one of the most famous and humorous within the list. Her way of presentation is also very humorous. There are various well-known social media such as Twitter, Instagram etc, where you can get more lively examples. She is also a very active YouTuber. You can easily find her videos in a YouTube search.

She is again a big example of a female stand-up comedian. One of the biggest examples of her hilarious comedy is on how to pee. She also added that one must pee on the pot. With this she added a hindi phrase such as, ‘ Humko tumhari rasna nahi dikhne ka hai’. Her stand-up comedies are one of the greatest of boredom. One of the well-known Indian women comedians is Neeti Palta. She was in various web series on Amazon Prime. Thus, those individuals who are the regular viewer of amazon prime will know this stand-up comedian really well. One of the most famous programs presented in the year 2019 is Almost Sanskari. People started liking her stand-up comedy right from this series. The surprising part of the stand-up comedy is full of irrelevant facts. The statement includes her mother, father, brother, and she also does not leave herself.

That’s it. These were the names of some talented Indian female stand-up comedians that have certainly outshined the industry in today’s time. One of the famous web series recently started on Netflix is Ladies Up. Yes, it is the Netflix special series that includes all the female comedians. They share their experience on what they undergo on a day-to-day basis. Honestly, their sense of humor is appealing to the audience. If you found this article interesting, then make sure to check out our other articles today.