Bollywood movies are known for their stars, glitz, glamour and what they in the general promise; entertainment. But the industry is more than that. More often than not we come across movies that have a good story, splendidly created and are must-watch if you are a film buff. These movies for some reason, maybe due to poor marketing or maybe due to the lack of stars in them, do not gain the popularity it should and are the underrated Bollywood movies. 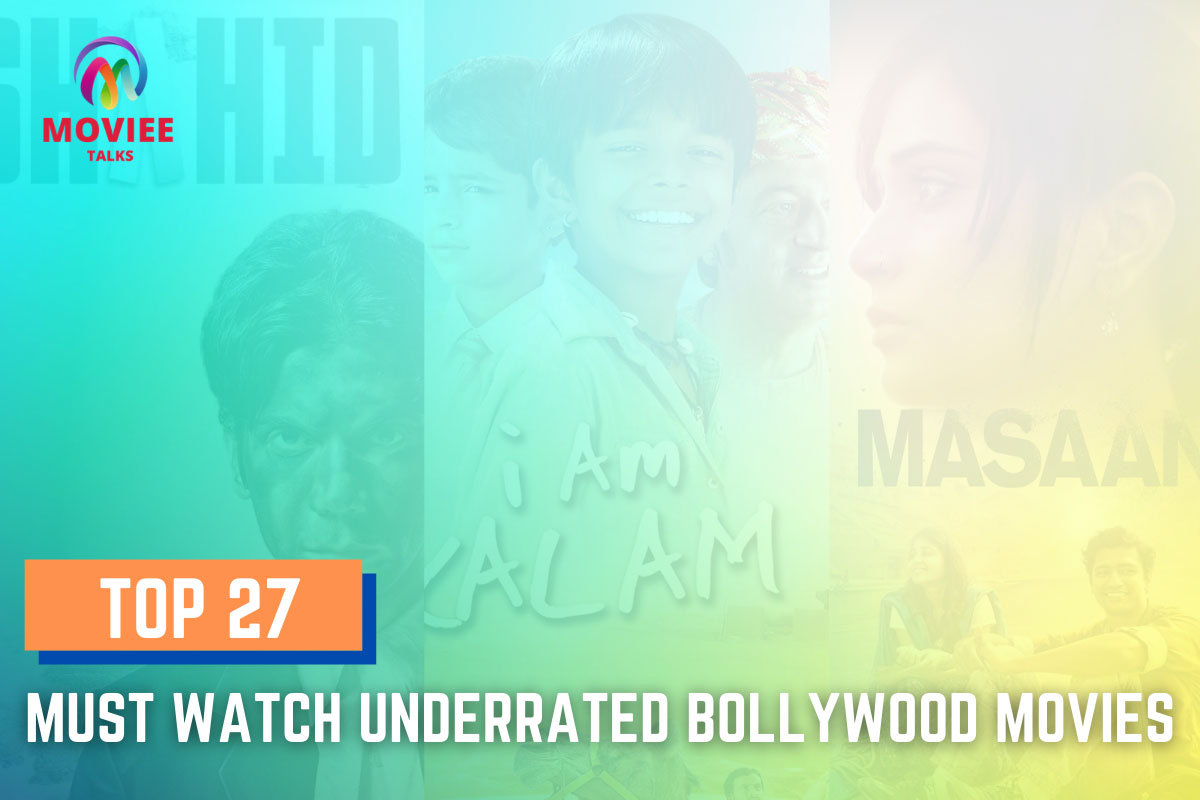 These movies generally are neither from a well-established production house neither do they have established stars acting in them. But cinema is more than stars and glamour and Bollywood has its fair share in producing quality movies

Over time, Bollywood has created many masterpieces, unnoticed and underrated. But if you are a lover of films you must watch them. Here’s the list. Set in present-day Varanasi, Masaan begins by telling two separate stories before they converge. One of them shows the journey of Devi (Richa Chadha) dealing with the guilt that she feels for the boyfriend’s death. The other shows what Deepak (Vicky Kaushal), a boy belonging to a family of Doms (one who burns pyre at burning ghats) has to face when he falls in love with a girl from a different caste. The film was highly appreciated by critics and even won some awards at the Cannes film festival.

Ankhon Dekhi revolves around a man with a sudden epiphany that he will henceforth believe only what he sees with his own eyes. Directed by Rajat Kapoor and the character played beautifully by Sanjay Mishra is a bitter-sweet tale of an old man living in Old Delhi and what he and the people around him encounter. This is one of the most underrated Bollywood movies that are definitely worth a watch.

Titli follows the story of a violent car-jacking brotherhood and its youngest member Titli, who wants to get out of the gangster family business and live as a law-abiding citizen. When his brothers find this, they forcefully get him married. However, he finds a confidant in his newly-married wife.

Speaking of underrated Bollywood movies, Filmistaan is one of them. The story is about Sunny, an assistant director in Mumbai who gets mistakenly kidnapped. And while held hostage in Pakistan, he must depend on Hindi movies for his survival. This movie won a National award for the best movie.

This historical war drama stars Manoj Bajpai in the lead role and depicts British India’s Chittagong uprising. Highly acclaimed by critics, this movie by Debabrata Pain also won the National award for the best film by a debutant director. 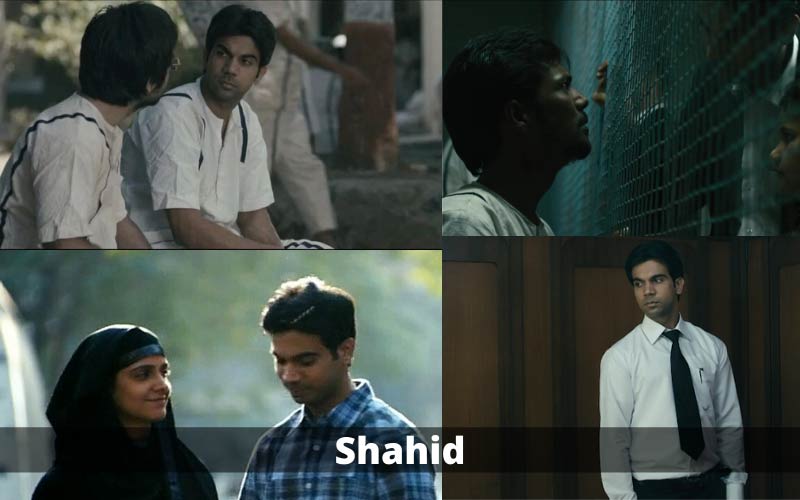 Shahid is a biographical film on the life of Shahid Azmi, a lawyer, and human rights activist. He fights in the courts for those who have been falsely convicted of terrorism but meets an unjust end himself where he was assassinated in 2010. Speaking of Bollywood underrated movies, Margarita with a Straw is a coming age story of a woman with cerebral palsy who leaves India to study in New York and finds falls in love with a blind girl. Antardwand tells the tale of groom kidnapping in Bihar. It addresses a social issue and is a bitter tale of how things happen there. It even won the National award for the best film on social issues. 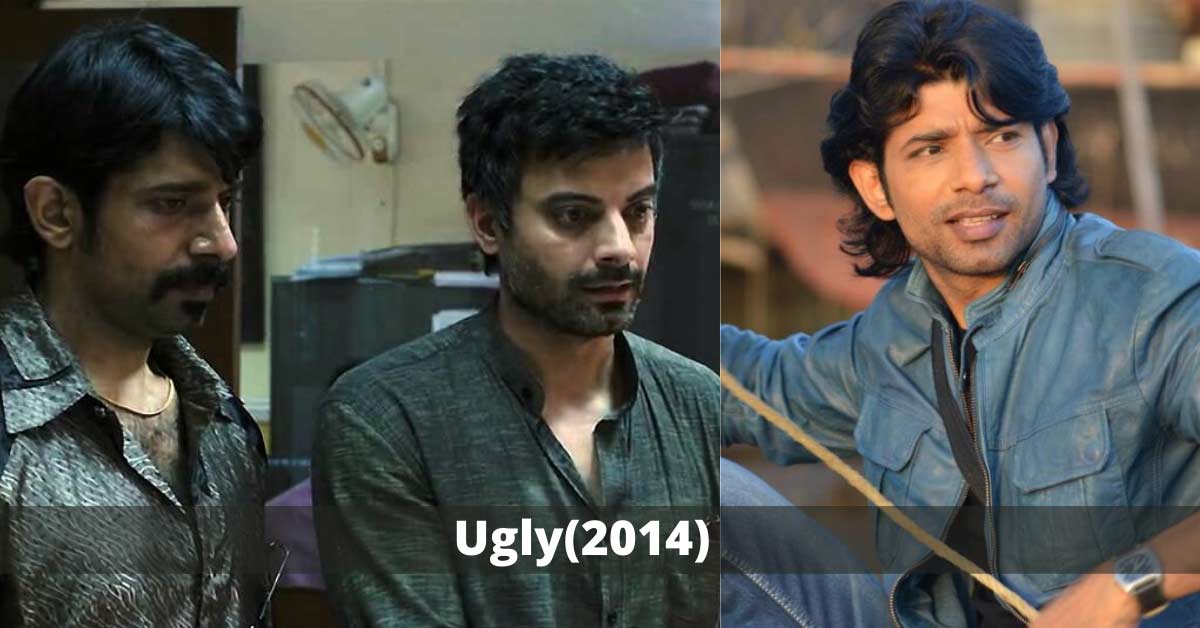 Directed by Anurag Kashyap, Ugly follows the disappearance of a 10-year-old daughter of an aspiring actor and the story that unfolds after that. It shows the indifference and corruption of people and society at its ugliest.

This is a fictional tale of a near-future where there are only a few women left. This film really is a wake-up call for the gender imbalance of our present society and what it can cause. Matrubhoomi is one of the top underrated Bollywood movies you should watch.

This is an inspiring tale of a boy who got immensely inspired by APJ Abdul Kalam and decides to change his name after him. The child actor, Harsh Mayar, got awarded the best child actor for this movie.

The story of Dasvidaniya rolls around a man played by Vinay Pathak who finds that he has got only three months to live. Thus, he lists out ten things he wants to do before he dies. This film was highly appreciated by critics and is one of the most underrated Bollywood movies.

This film explores questions about death, identity, and justice through the life of three individuals. A photographer, an ailing monk, and a stockbroker. Speaking of Bollywood underrated movies, this is a must-watch.

Set in Mumbai, Sankat city is a dark comedy telling the story of two petty car thieves getting into the bad books of a ruthless gangster after stealing a Mercedes.

This film deals with issues of chauvinism that is deep-rooted in our society. The film tells the story of a woman played by Tabu whose past comes back to her after her music teacher dies. Tumbbad is a horror drama set in the villages of Tumbbad and what happens when a family builds a shrine for something ancient and sinister who guards an insurmountable amount of wealth. This is again one of the most underrated Bollywood movies highly acclaimed for its visuals and cinematic language. 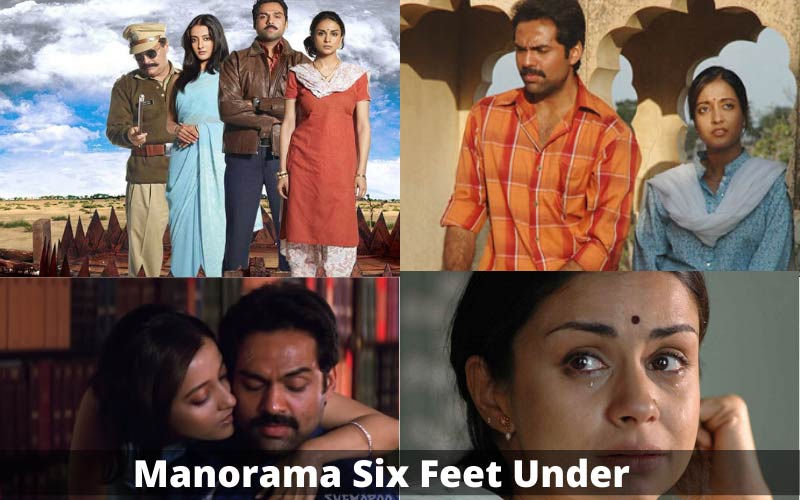 This film shows deception at its worst as Manorama, the irrigation minister’s wife appoints the protagonist Satyaveer to collect evidence against his husband who she suspects of having an extramarital affair. Satyaveer little knows that he himself is being played all along.

Student politics takes a dirty turn in Allahabad and this is the main story of Haasil. This film has gained enough critics’ reviews and the stellar performance of Irrfan Khan is one thing to look out for in this movie. This is a story of two women, miles apart, but when one of them’s husband kills the other’s, she must visit her and ask for forgiveness for her husband did and save his life. This film too is highly acclaimed by critics and viewers.

Aamir is a thriller where an NRI doctor Aamir is held captive and used by terrorists to plant a bomb. His non-compliance would mean his death.

This is a comedy where Lucky, a fearless and cool thief steals from the rich. Lucky is played by Abhay Deol and the film gained a lot of positive reviews from the critics and viewers. Parched tells the story of four women in Rajasthan as they talk about men, sex, and life. This is one of the most beautifully portrayed films speaking about women in rural India.

Udaan moves around a boy who after getting expelled from school is forced to work at his father’s factory though he wants to become a writer. A finely told inspiring tale, this is one of the most underrated Bollywood movies. 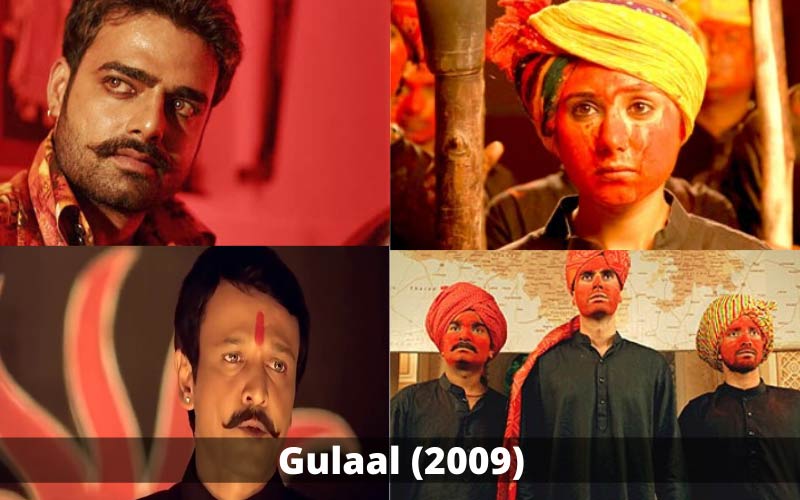 Gulaal, a political thriller, tells the story of Dilip, a law student who got harassed by a local political party. When he tries to seek revenge, he ends up getting embroiled in the dirty world of politics.

Raincoat is one of the best underrated bollywood movies that features lovable duo Ajay Devgn and Aishwarya Rai in the lead roles. The beautiful movie concentrates on the two departed lovers getting reunited. Moreover, the inspiration behind the movie remains the short story, The Gift of the Magi by O. Henry.

From the soulful soundtrack and music given by Debajyoti Mishra to the Cinematography by Aveek Mukhopadhyay, Raincoat is filled with loving emotions of past and appreciative performances by the lead. Both Aishwarya Rai and Ajay Devgn were outstanding in their respective roles. And not to forget Annu Kapoor as the landlord. Overall, Raincoat is an absolute must-watch and highly recommended for people who want to watch something unique.

You must recall the famous friendship song ‘Yaaron’ sung by K.K? Rockford is where the song originates from. Considered as one of the most underrated Bollywood movies, Rockford precisely showcases the joy and agony of both school and romantic life respectively. The story focuses on a new teen Rajesh Naidu who joins a boarding school called Rockford Boys High School.

Initially, he felt sad for the new experience, but later he made new friends like Silva and David. With the support of his PT teacher Mr Mathews and his friends, Rajesh was slowly progressing into his academic life. He further falls in love with a girl named Malathi. However, the story takes some unfortunate turn when Mr. Mathews gets accused of auscultation by Malathis friend Shravya.

Written and directed by Nagesh Kukunoor and Produced by Padmini Kolphare, this movie is one of the best coming-of-age stories that was way ahead of its time. The leads like Nandita Das, Rohan Dey, and Nagesh Kukunoor makes it worth a watch regardless of its limited popularity. We give bonus points to the soulful music given by Shankar Ehsaan Loy and Leslie Lewis, as it gave an excellent vibe to the movie.

The list of underrated Bollywood movies can be endless. We have provided here with 25 of the must-watch ones. More can be easily added and you can do so in the comments. Also, let us know what you think of this list.