Speaking of Indian movies, one word that comes in our minds is Bollywood. Being one of the largest film industries in the world, Bollywood has gifted us loads of quality movies. And when it comes to budget, Bollywood movies speak in crores, a major part of which is spent on paying for the actors cast in the movie. Bollywood actors charge a lot, often in crores, and that makes us wonder who is the highest paid actor in India and what is the amount charged? 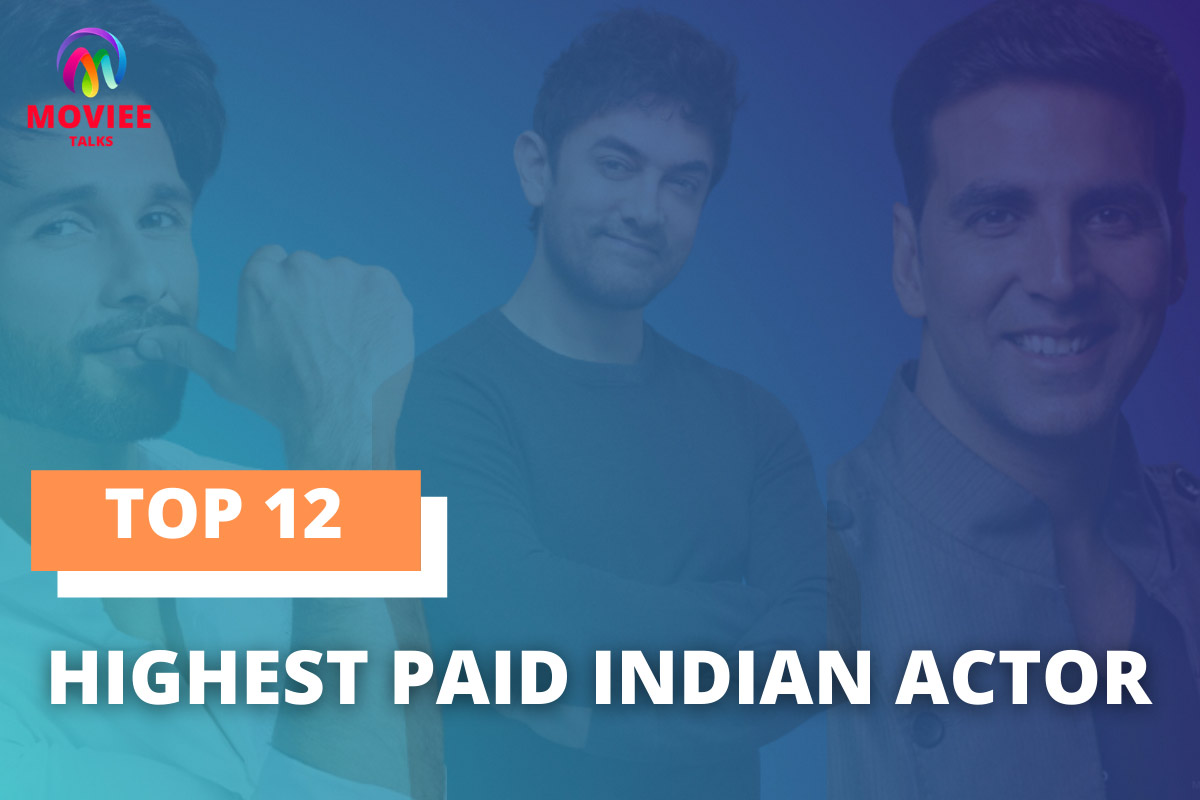 Though it depends on the movie that the actor is signing for, it also depends on a lot of other factors as well. Like, what the critics are saying about his acting skills, whether the previous movies he did were a hit or not. All these factors let one know whether or not an actor is bankable. Meaning, if he has got a large fan following and the if movie will do well in the box office just by his name.

Yes! Instances are not uncommon that a particular movie, though not that a quality one as per the critics, did well just because the actor cast in them were big names of Bollywood. And obviously, if one has the capability of carrying an entire movie on his shoulder, he will charge a huge amount for that.

SRK, Salman, Aamir, to name a few, all have a huge fan following and the fans often watch their movies without missing a single one, just because they love them. And due to that, these stars charge a massive amount for signing a film.

When you have made a religious fan following of yours, you are called a star in Bollywood. And all the stars of Bollywood have the capability of making a film hit in the box office just by their presence. And obviously they charge a lot for this appearance.

So, who is the highest paid actor in Bollywood? Let’s take a look. Salman Khan is the highest paid actor in Bollywood. Charging a massive 50-60 crores per film, he tops the list. Salman Bhai, as is often called by his fans and followers, is totally bankable and has given huge hits one after another in the last few decades.

Apart from his fees, he also charges a percentage of the film’s profits and that can add up to a whopping 80-100 crores! Yes, the amount is huge but is quite reasonable given the fact that most of his movies are blockbusters.

Rest assured that when you have Salman Khan in your movie, chances of it being a hit increases manifold.

Salman Khan who started his career with Biwi ho to Aisi has now done more than 100 movies and tops the list of highest paid Bollywood actors. When it comes to the highest paid actor in India, Aamir Khan comes in the second spot. Aamir signs one movie per year and his fans, as well as the entire nation, waits eagerly for it. He does not charge a fixed amount for his films but a profit percentage which can range anything between 45-60 crores.

He does only those films which have a deep meaning attached to it and which are sure to do well in the theatres. From Rang De Basanti to 3 Idiots to PK, each and every film of Aamir is a pleasure to watch.

Aamir made his debut in the movie Yaadon ki Baaraat and has done over 50 movies till now. The last few decades saw Aamir offering some very meaningful and splendid movies to his fans. No doubt, Mr. Perfectionist has done things right and is continuing to do so. Yes, things have not been all too good with Shah Rukh for the last few years, but the Baadshah of Bollywood still manages to claim the 3rd spot in the list of top 10 highest paid actors in Bollywood. Currently charging anything close to 50 crores, he is one actor who can and has carried an entire film on his shoulders with extreme ease.

From Don 2 to My Name is Khan the list of hits he has offered his fans and the entire industry is endless. With his splendid acting skills, King Khan has his huge fan following and that alone makes him the star to go for.

His debut movie was Deewana and has done more than 80 movies in his 28 years in the Bollywood industry. Akshay Kumar comes in next, in the fourth position of the highest paid Bollywood actors. He charges around 40 crores per film and most of them are hits. Be it comedies like Hera Pheri or action-packed films like Boss, the Khiladi of Bollywood never fails to charm his fans.

The last decade was massive for Akshay Kumar with hits like Jolly LLB 2, Toilet-Ek Prem Katha, Padman, all being superhits in the box office. Akshay made his debut in Saugandh and has done more than 100 movies till now. Mr. Khiladi has surely got things going his way. 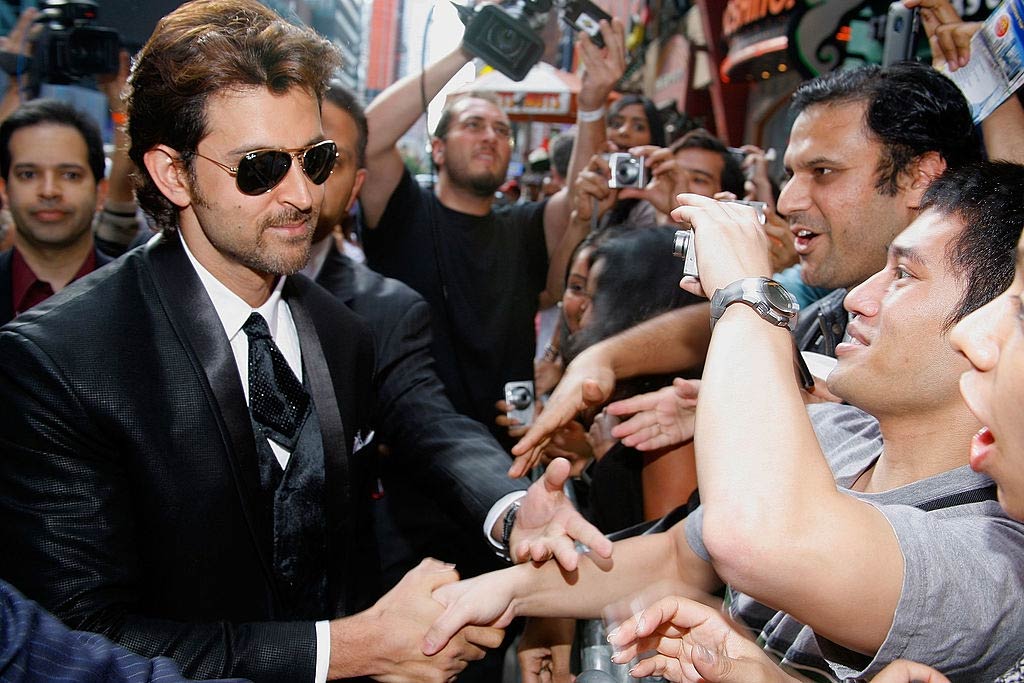 Apart from being in the list of highest paid actor in India, Hrithik Roshan is also among the most handsome men in the world. This dancing superstar rose his way to stardom with his debut in Kaho Naa… Pyar Hai and since then has never looked back.

The past few years saw hits like Bang Bang, Krishh 3 and the latest Super 30, all grossing the top in the box office. He charges around 40 to 50 crores per film and most of his movies do well.

Ajay Devgan comes next in the list of highest paid actor in Bollywood. He charges around 35-40 crores and is a really fine actor. His movies do mostly well in the box office and with hits like Raid, Singham Returns and Golmaal Again, Ajay surely deserves to make it to the list.

Ajay is not outspoken about his personal life and is a silent star who does all his speaking through his work. He debuted in Phool Aur Kaante and has done over 100 movies till now. Star kid Ranbir Kapoor is surely the most successful among the young names in Bollywood. With hits like Rockstar and Yeh Jawaani Hai Deewani Ranbir has proved what he is capable of.  He is currently charging 20-25 crores and seeing the rise in his popularity this number is sure to rise.

With quality acting and a number of hits, Ranbir has managed to gather a generous fan following. He debuted in Saawariya and is surely the one to look out for in the coming years. 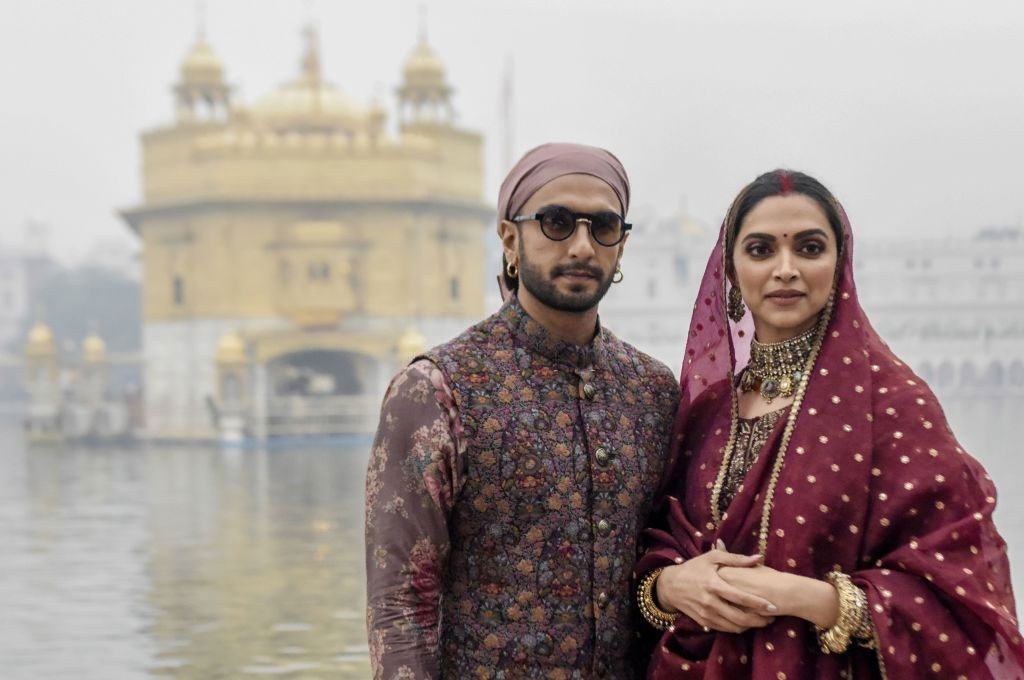 Ranveer Singh is a comparatively newer name but still makes it to the list of highest paid actor in India. He charges around 15-20 crores per film and in just 10 years of his career in Bollywood has built a generous fan following.

With Bajirao Mastani and Padmavat among his highest-grossing films, Ranveer is surely a name we all will look forward to in the coming years. He debuted with Band Baaja Baraat and has a long way to go. Amitabh Bachhan aka Big B is the only actor from the past generation who is regularly working and consistently delivering quality movies over the years. Megastar in the truest sense of the term, he has nothing new to prove as an actor. His legacy is now over 50 years old and he is currently charging 12-15 crores per film thus making it in the list of highest paid actor in India.

The Shehenshah of Bollywood debuted with Saat Hindustani and we hope he continues working with the same enthusiasm that he has been doing and we get to see more of him on the big screen.

Varun Dhawan charges around 12 crores per film thus taking the tenth spot in the list of highest paid actor in India. He is new to this industry but still has captivated a lot of hearts with his boyish charm.

Expectations are high of him and he has already shown his acting skills in the movies that he has done. His debut movie was Student of the Year and he surely has a long way to go. This completes the list of top 10 highest paid actors in Bollywood.

Who didn’t like Shahid Kapoor as Kabir Singh? The movie featured his fierce and feisty side as an angry young surgeon, crazy for her lady love Preeti. Moreover, Kabir Singh was extremely well received by the audience and Shahid Kapoor’s popularity took a surge in the industry. The talent and excellence in his acting skills make him charge 35 crores for every movie. His upcoming movie is alongside  Mrunal Thakur, named as Jersey. The talented actor, who is also famous among the female population, is certainly a must add within the list of the highest-paid actor in Bollywood.

We are going to sum up the list with our last highest paid Bollywood actor name, Tiger Shroff. We all have seen him in action movies like Heropanti and Baaghi, but his last movie, War, alongside Hrithik Roshan was absolutely a box office blockbuster. The stunts and action sequences featured in all his movies are performed by himself. That certainly makes him worth a watch among audiences. Being a talented action movie star, Tiger Shroff charges 32 crores for one movie. At present, he is working on his next project, Heropanti 2, with Kriti Sanon as the lead actress.

Bollywood has always been a huge name in the entertainment industry. With more than 1000 films released per year, it makes huge business and profits. Bollywood is more of a star clad industry where the fans watch their favorite actor’s movies because they love watching them on the big screen. And when an actor gains that reputation he normally charges a huge amount for signing a film. So, when it comes to the highest paid actor in Bollywood, the stars win the show hands down.