Indian webspace is experiencing rapid growth and in recent years Indian web series has changed the entire game for OTT platform hugely. As the production of movies was comparatively less due to the shooting constraints during the pandemic, the viewers like watching OTT content from their homes for safety reasons. A show shot during the pandemic became popular is like an experiment that these web series can be run on these platforms. In the last few years, crime-drama was the essence of the OTT content or web series – but, nowadays we also start seeing various genres being explored on these platforms. In short, there is something refreshing and new about these web series that makes them outstanding for viewers. Be it a thriller, romance, horror, or anything else – the variety of these series is definitely a surprising treat for most of the viewers.

Some of the most famous OTT platforms are ‘Disney+ Hotstar’, ‘Amazon Prime’, ‘Voot’, ‘Sony Liv’, ‘ALTBalaji’, ‘ZEE5’, ‘Netflix’, ‘Ullu’, ‘TVF Play’, etc. However, if you are bored with seeing traditional films and looking for something else for your entertainment, then you can jump into the list of the 31 best Indian web series that is ruling the internet currently. So, let’s have a look at them without any further delay.

Here is the list of the top 31 best web series to watch. While this list concentrates on various styles and genres – each of them is extremely loved by the viewers despite their area of concern.

Special Ops is a top trending web series that includes the story of Himmat Singh and his team of 5 secret agents planned in different parts of the world that strives to find out and expose the leader behind terror attacks in India. This web series tells the story of several spying missions that were outlined by India in the last 2 decades. 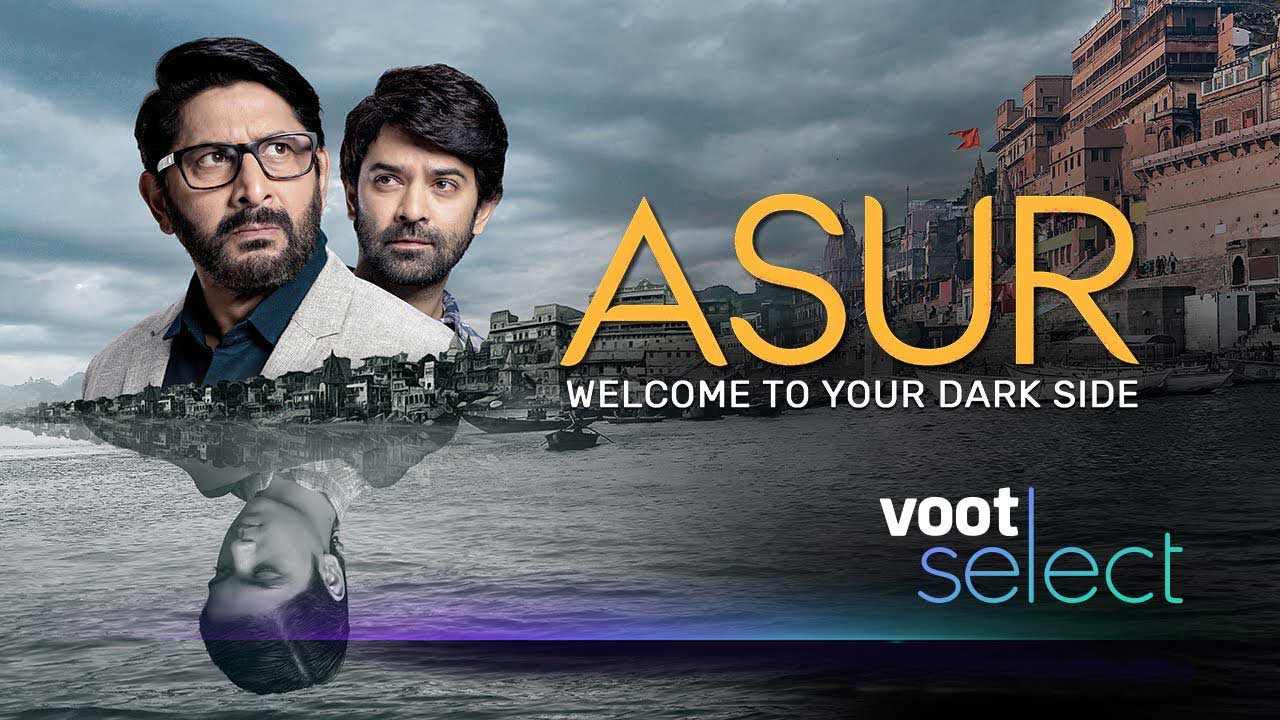 Asur is another psychological thriller-crime Indian popular web series based on serial killings and the investigation conducted by CBI officer – Dhananjay Rajput and his team. This web series has combined different aspects of suspense and murder with mythology.

There are two seasons of this web series based on ‘Criminal Justice’ by Peter Moffat. The plot of this web series revolves around conspiracies, blood, murder, and the search for the killer. The story is extremely attractive and has the ability to pull you to the edge of your seats.

Patal Lok is another jaw-dropping best web series in India released the last year and won a huge success. The story of this web series is based on ‘The Story of my Assassins’ that promises to provide you one of the best web series available on OTT platforms.

Mirzapur is another one of the most intensified and liked Indian web series. Basically, this web series is based on crime and thriller – the export of family disputes, governance, drugs, and revenge. There are 2 seasons of this web series and the 3rd one is yet to come on this year. Sacred Games is one of the most-recommended and viewed Hindi web series. The likeness of actors and the storyline of this story become able to make direct contact with the audience. This web series is a thriller crime story that has 2 seasons.

This is another best web series to watch that is an adaptation of an Israel web series with the same name. It has two seasons.

This is another best Indian web series that makes you emotional while seeing it. This web series depicts the story of an innocent girl from POK who accidentally lands at the LOC on the Indian side and is assumed to be a militant superbly.

Bhaukaal is the web series of SSP Naveen Sikhera, who cleans the city of Muzaffarnagar filled with criminals, chaos, and utter lawlessness. The heroic mission of Naveen Sikhera is to make the city from a ‘Crime Capital’ to a ‘Peace Capital’.

Aarya is a women-centric thriller-crime web series with Sushmita Sen in the lead role. This show is dubbed in different languages and is a remodeling of the Dutch Drama Series ‘Penoza’.

Another best Indian web series is Permanent Roommates that has gain huge views. The story of this web series is all regarding the ups and downs experienced by a couple. The series is extremely comparable to most couples and quite fun to watch.

The story of this best Indian web series is based on the ancient ’90s and is a relatable web series available on TVF Play. It provides us a sight of our individual family and the tragedy and confusion every family has whether it’s a Sunday morning or party at a family function.

This web series tells the story of the most terrifying incident experienced by India when one of her girls was seen in an inferior state on the Delhi main road. This series flawlessly delights the viewers by taking them through the shrewdness of the terrifying night.

The plot of this best Indian web series involves the life of some youngsters. Things take a strange turn as they trade in weaponry. With back to back racketeer fights and violent attacks – things take a twist.

Little Things is another best hindi web series that has 3 seasons starring the cutest couple of the OTT platforms Dhruv Sehgal and Mithila Parker. This is a stress buster as well as a complete entertainer web series that makes you experience all the sensations in a 30-minute long episode. If you are in a long term relationship, then this is a must-watch web series for you. Season 4 of this web series is yet to come on this year. 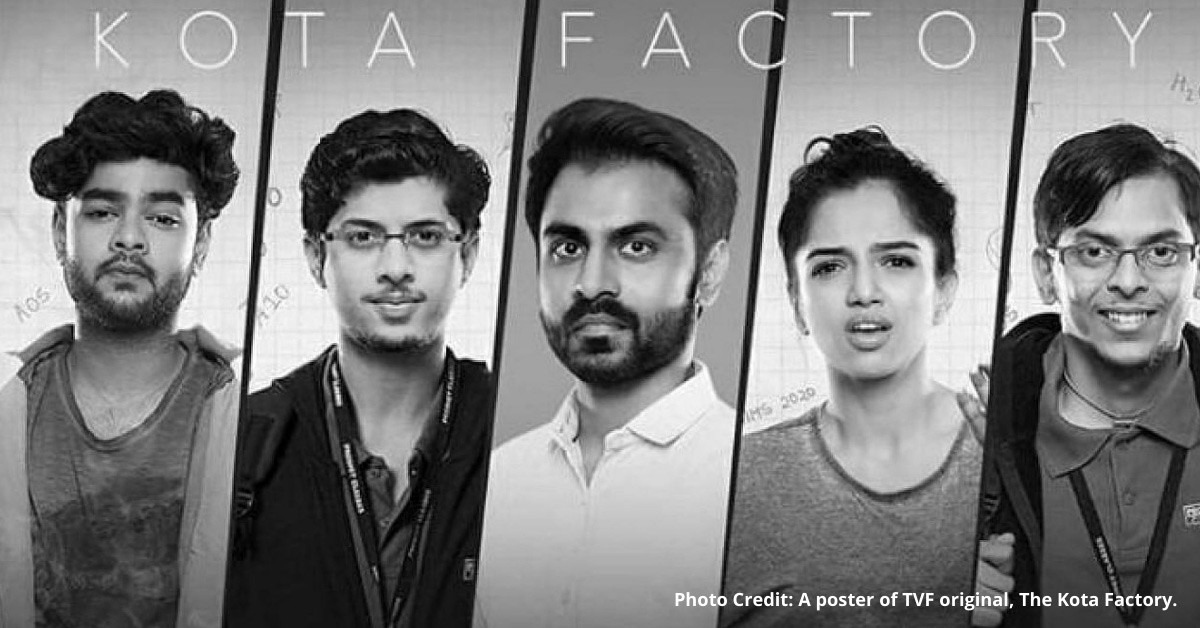 Another best Hindi web series is Kota Factory that involves the story of a 16-year-old teenager – Vaibhav who comes to Kota to be ready for IIT exams. The story of this web series mainly concentrates on the lifestyle, struggles, passion, and ambitions of students towards his dream. Another TVF masterpiece is TVF Pitchers. This web series can be compared with the classic show Silicon Valley for its raw and realistic content. The story of this web series focuses on 4 entrepreneurs Jitendra Maheshwari, Saurabh Mandal, Yogendra Kumar, and Naveen Bansal who left their jobs to enter the startup industry.

This is another best web series that tells the story of 3 siblings who go off on a long trip in order to meet their parents. The web series focuses on uniqueness, sibling bonds, and emotions to deliver a separate yet astounding classic feeling. There are 2 different seasons of this web series.

This web series tells the story of the hostel life and chaotic events of 4 engineering students. It features both dating and college life in a proper way. Viewers viewed both the 2 seasons of this web series for the fantastic representation of the engineering days that has authenticity and fun factor.

If you wish to see something different – then, ‘Made in Heaven’ can be the best option for you. The story of this web series focuses on the lives of Karan and Tara, a Delhi-based wedding planner couple.

If you want to experience an Indian historical crime web series, then you can watch Bose: Dead or Alive. The story of this web series is based on the 2012 book India’s Biggest Cover-Up by Anuj Dhar released on 20 November 2017. It reveals the story of our past hero Mr. Subhash Chandra Bose that is portrayed by Rajkumar Rao.

This is a story of a mesmerizing journey of how recent families are smashing stereotypes and defeating the generation gaps, and arising to love each other, despite having completely diverse worlds. There are 3 seasons of What the Folks – all of them have gained huge success.

Flames takes you through the cute romance of 2 school-going students who are under serious pressure to get the top marks in their individual streams in 12th. Here you will see that the heroes are confused whether they are in love or just passion at a tender age? Both the 2 seasons of Flames have got a huge audience.

This web series has the focus on the T20 cricket team – Mumbai Mavericks playing in Powerplay League that experiences a ban for 2 years for unethical betting and match-fixing. The story of this web series features commitment along with some twists. All the characters of both the 2 seasons of this web series are compelling as well as impressive in their respective fields of acting.

This is another best Netflix sports web series based on Arvind Adiga’s 2016 novel ‘Selection Day’. The story of this web series is about 2 brothers and their father who is entirely passionate about ‘Cricket’ and fastens his children in the same sport.

Panchayat is a comedy-drama web series that is based on the life of an engineer who is seeking a job. He becomes the secretary of gram panchayat of a remote village – Phullera in Uttar Pradesh because of the lack of better job opportunities.

If you are looking for an intensifying crime thriller web series, thenApaharan can be the best option for you. Apaharan involves the story of current times and shows every cruel act noticed in today’s system like theft, murder, kidnapping, etc.

Abhay is the last web series we are going to mention in this list. The story of this web series based on an Investigation officer with the mindset of a criminal. He can cross any limits while investigating a case. There are 2 seasons of Abhay – both of them are extremely engaging.

So, these are the best web series to watch in your free time to boost your mood. All of these web series attracted Indian viewers with their innovation and originality. It doesn’t matter what you select, each one of the mentioned above can fill your weekend with different sentiments and emotions. Therefore, grab the best Indian web series and have a chilled time.