Gone are the days when Hotstar just meant live IPL matches and a digital platform for watching Star Plus soaps. With time, Hotstar has emerged to be one of the most popular OTT platforms in the market. Hotstar has gained massive popularity and earned a considerable name mostly due to the unique content in the Hotstar Originals and Specials categories of it. The Hotstar web series in these categories are in the Hindi language. And there are quite a number of quality series to watch.

So, if you are into watching Hindi web series, then there’s no place better than Hotstar. Take some time out and plunge straight into binge-watching these top Hotstar series.


As mentioned, Hotstar today has grown massively and you can get to watch a  quality web series on this platform. Hindi web series has gained much popularity and if you want to watch a quality series then Hotstar is the perfect place for it.

Here we have come up with the most comprehensive Hotstar web series list Hindi. So that you can get a quick glance at what you’ll be watching and choose according to your preferences.

Lets talks about one by one-

Directed by Nagesh Kukunoor, Mayanagari, a political thriller, tells the story of how multiple lives intersect following an attempt to murder the most popular and powerful political figure in Mumbai. There is a murder attempt on a senior member of the Gaikwad family, a politically powerful family. And the series unfolds following that incident.

Lines between moral and immoral blurs on the way and the series is a depiction of violence and power struggle. This series appears in the Specials category and is one of the most popular web series on Hotstar.

This again a Hotstar Specials web series and is a desi adaptation of the famous British comedy series of the same name. The storyline is very simple. It presents the 9 to 5 scenario of an office where the boss, Jagdeep Chaddha, tries to put a smile on his bored employees. But his jokes are lame and no one finds him funny.

Even with this basic storyline, The Office is hilarious most of the time. And the actors have done a fabulous part in portraying the characters well. This is one of the most popular Hotstar series and you can watch it to have a fun time. 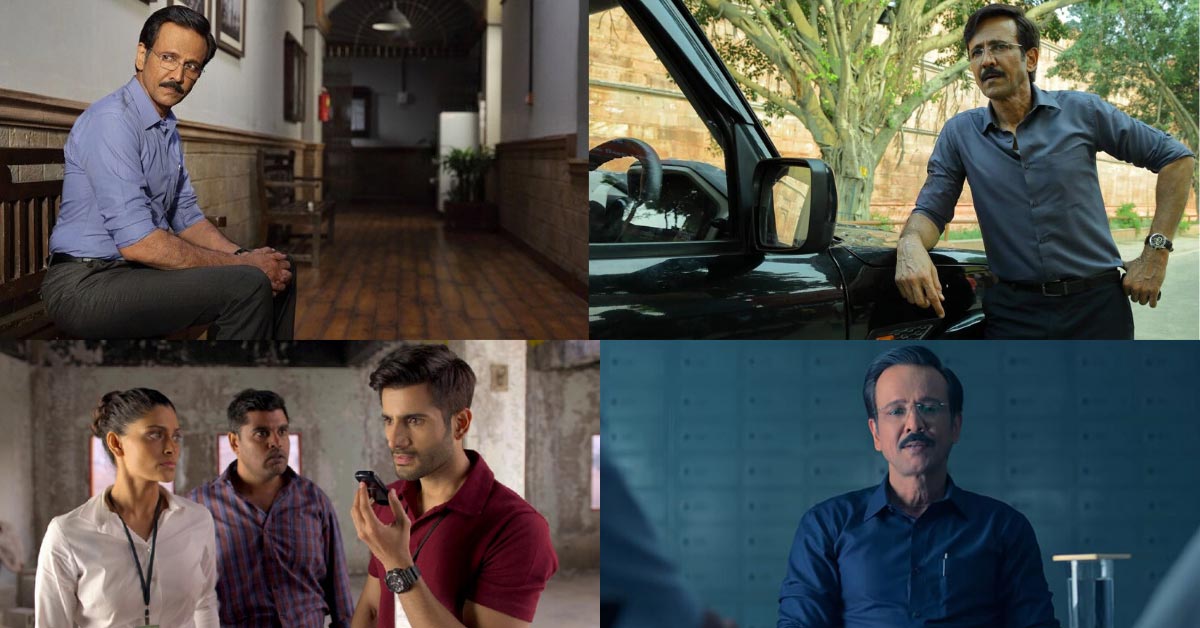 This one’s Hotstar’s own spy and crime thriller based on the 2001 parliament attack. Special Ops follows the story of Himmat Singh, an intelligence officer who thinks there is a mastermind behind the attack and makes up his mind to catch him.

The story is neatly told and we find many excellent scenarios depicted in this Hotstar web series making it a fine spy thriller.

Criminal Justice follows the story of Aditya, an MBA student who helps his family with a cab service they run. One day after dropping a girl, he finds that she has left her phone in his cab and so he drives all the way back to return it to her.

The girl then insists that he join her on some drinks and they end up spending a steamy night together. The real story begins when Aditya, on waking up, finds that the lady has been murdered and all the evidence is against him.

What follows is a nail-biting mixture of jail and courtroom drama and if you are into these types of shows, you can definitely watch this Hotstar series.

This Hotstar Originals is an adaptation of an Israeli web series of the same name. The story begins when a well-acclaimed surgeon Dr Mira Anand and her family are taken as hostages.

The only way she can save her family is if she kills her patient on the operation table. And the patient is none other than the chief minister of the state. So, can an honest, dedicated surgeon like Mira kill her patient? It’s for you to find out.

The show is thrilling and captivating and this Hotstar web series is definitely worth a watch.

6)Roar of the Lion

This series is a cinematic portrayal of the IPL team Chennai Super Kings who faced a 2-year ban for allegedly being involved in match-fixing.

This documentary drama clearly depicts the emotional turbulence and the horrid experience of one of the most celebrated Indian skippers, Mahendra Singh Dhoni.

It also shows how he and the entire team got out of it and made a comeback in 2018 and win the trophy.

This is one of the most popular Hostar Originals. The story depicts the daily works of three Kanpuriye, Jaitun, Jagnu, and Vijay, who always want to do something remarkable in their lives.

They dream big but being where they are from, a small town of Kanpur, they have to face bigger challenges. Everyone’s challenges are different and they must overcome them to achieve what they want in life.

This too is an adaptation of a British web series ‘Doctor Foster.’ It’s a story of Meera, who is living a perfect life with a caring husband and a great job and family.

When everything in her life seems to flow smoothly, one day she finds a lipstick mark and a long hair on her husband’s clothes.

Suspicion arises in her mind and she begins to suspect every female that her husband comes in contact with. She becomes more and more suspicious and paranoid and tries to hide her feelings.

The acting in the lead role of Meera by Rasika Dugal is spectacular as she distinctly portrays her emotional turbulence. This one is a great Hotstar series and you can definitely go for it.

9)As I’m Suffering from Kadhal

Originally released as a Tamil web series, this Hotstar web series made its release in Hindi too, with the name As I’m suffering from love. The story is about four couples who try to find the many meanings of modern-day love and also try to keep the spark alive.

One of these couples is divorced. One is married but the relationship is not clicking. One of them is in a live-in relationship and the other is about to be married.

This modern-day love story is told in a light humorous tone which makes this a favourite web series on Hotstar.

Everything falls apart when they receive a windfall of money. Their moral values and aspirations collide and the hypocrisy of the characters comes to the forefront.

This is a satirical comedy and is a must-watch among Hotstar web series. 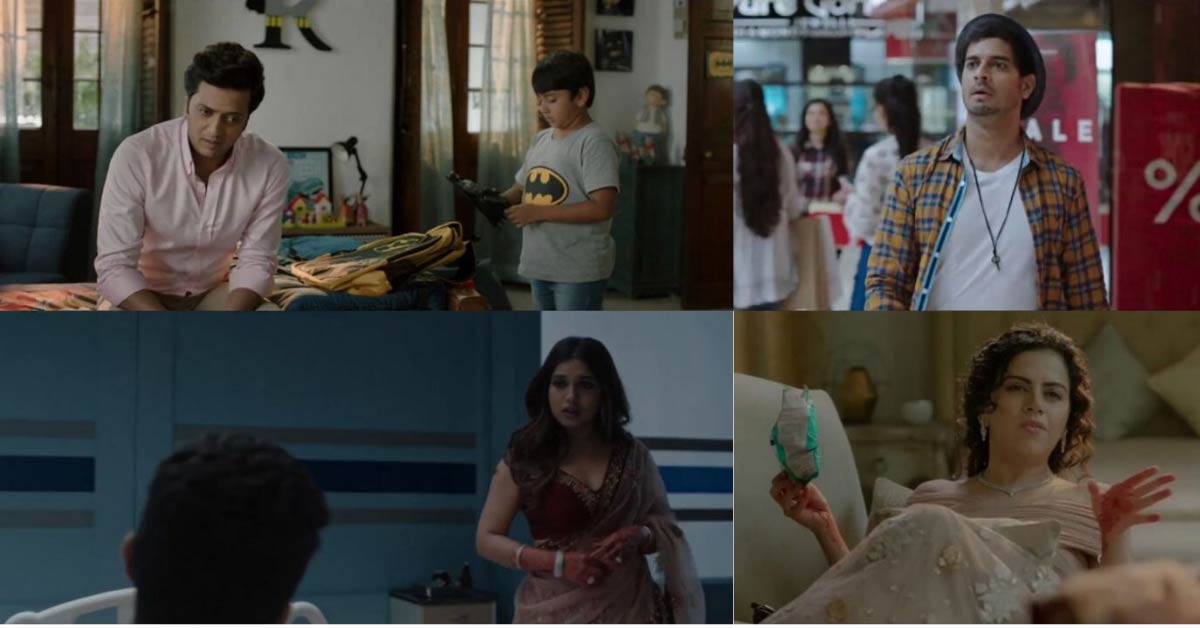 This one is among the Hotstar Originals and tells the tale of love across several generations. The Diamond merchant named Real has come up with this web series. And it shows how diamonds are pure and are a sign of love across many generations.

This truly beautiful tale of love stars actors like Mandira Bedi, Bhumi Padnekar, Ritesh Deshmukh, and many others. The story tells the ultimate truth that love is as pure as a diamond.

90s kids remember the season one of Sarabhai vs Sarabhai on the Star network. This one is a take two of the same story revolving around the lives of the upper-class Gujrati family, the Sarabhais.

This extremely funny follow up of the nostalgic 90s TV soap is actually a good watch. The saas-bahu quarrel and drama, the father-son moments, all are hilariously depicted in this Hotstar web series and is a gala watch.

Hosted by Amish Mathew, this is a comedy talk show. This famous stand-up comedian invites various people on his show and is a fun-filled watch. Starting from Bollywood beauties to various comedians, this show invites them all and is a must-watch for people looking for fun-filled content.

This one is an upcoming thriller on Hotstar and features Tamannah Bhatia in the lead role. The story follows the tale of a woman who tries to save her father’s reputation. The exact release date is yet to be mentioned, but being the first-ever web series by Tamannah and knowing how well she acts, this will be one Hotstar series to look out for.


This horror Netflix India web series directed by Sujoy Ghosh tells the story of four schoolchildren from a ghost club. They want to start off their adventure at an old haunted villa in their neighbourhood. But as they plan on their experience, the new residents of the villa steps in and the haunting tale begins.

The story effortlessly jumps decades as it portrays the old story of how it became a haunted house and the experiences of the residents in the past.

The name of this series is justified as the story revolves around a typewriter in that villa. And seems it holds a grudge against anyone who tries to move it.

The acting, the suspense, and the horror are excellently depicted as the Kahani director comes with yet another masterpiece.

Being one of the major OTT players in the market, Hotstar is a good place to watch different genres of Hindi web series. The list put up here is comprehensive. Though more can be added, the series presented here should cater to the taste of most audiences.

We would love to hear from you. Tell us what you think of the list.