Web-series have taken over the movie industry by leaps and bounds. Binge-watching web-series with the whole ‘Netflix and chill’ vibe has become the vice of this generation. But with the rise in demand for such mini-shows and post-Jiofication apocalypse, one OTT platform has been taking over the market – Alt Balaji. With its plethora of shows, and it’s amazing storyline and concepts, it is only a matter of time that the best Alt Balaji web series list hit the digital world.

In this blog, we have 10 Best Alt Balaji Web Series List that you need to start binge-watching immediately. But take care, while some Alt Balaji shows on this list are family-friendly, some cover sensitive topics that may be awkward to watch with the family.

Listed here are the top 10 Alt Balaji shows you can binge-watch in 2020. Some shows mentioned here are from a few years back. But that doesn’t mean they aren’t relevant today.

Most of the shows on the list hold some message. While some are point-blank slaps against the face of patriarchy and sexism, some hold more subtle hints that the production team at Alt Balaji wants viewers to figure out on their own.

So, let’s start with the list of the top 10 Alt Balaji best web series:

First, on the Alt Balaji web series list is Apharan.

This Alt Balaji web series starring Arunoday Singh revolves around the kidnapping of Anusha. With a thriller, suspense, and mystery sequences all neatly wrapped into the 70s themed era – Apharan is perfect for mystery buffs.

In fact, this is considered one of Alt Balaji best web series as it competed with Mirzapur (Amazon Prime) and Sacred Games (Netflix).

With exceptional acting by Mahie Gill, Monica Chaudhury, and of course Arnoday Singh – this web series has the Indian audience wanting more. No wonder why it comes as the top #1 Alt Balaji web series list.

The next on the Alt Balaji series list is the historical period drama Bose: Dead or Alive. This series deals with the life, or rather death, of Indian braveheart Netaji Subhas Chandra Bose.

Starring critically acclaimed actor Raj Kumar Rao, Director Pulkit tries to dig into the mysterious life of Netaji. Based on the book India’s Biggest Cover-Up by Anuj Dhar. The show portrays the mystery and the theories behind Netaji’s death. And the unknown mystery of whether he would return. While various documents can be found suggesting that he had died in the plane crash. Some theorize that he may have lived. And it is this confusion that the web series tries to move.

This Alt Balaji series premiered in August 2017 and revolves around the adventures of 4 super-smart kids. The cyber squad helps the police stop notorious criminals committing crimes in the cyber world.

Although the series is based on 4 school kids, the topics that this series covers are what the youth of today are facing. From cyberbullying to stalking to identity theft – these cybercrime busters are there to stop it all. Albeit young, the team uses their intelligence and their cyber skills to make the world a better place. While managing to stay out of trouble and irritating the government along the way. A great watch for the family especially with the message that this series underlines. The internet and the cyber world are all fun and games until someone gets hurt. This is why this web series comes in at #3 in the best Alt Balaji shows ever.

We all know the story of Devdas especially after the epic movie directed by Sanjay Leela Bansali. But this Alt Balaji web series comes with a bit of a twist. Contrary to what was written by Sarat Chandra Chattopadhyay, this Alt Balaji series portrays Devdas as a woman. And the story revolves around her point of view.

While the story revolves around the same concept of love, drinks, and other stuff – this comes in at #4 of Alt Balaji web series list because of the twist at the end. If you want to know more just watch the series. But be warned, watch it with headphones plugged in.

With every OTT Platform in India, there has to be a patriotic genre. And Alt Balaji has delivered in this case. The Test Case, an Alt Balaji web series is the first of its kind, where the Indian Army focuses on inducting women into combat roles.

Considering that Alt Balaji is owned by a woman, it does not stop breaking gender barriers with web series like this one.

Starring Nimrat Kaur, this ballbusting web series takes into account the difficulties women face in any field of life, especially in the male-dominated Army. If you want to see a world where women are given the same treatment as men then watch The Test Case. One of Alt Balaji Best web series. In present times, with Article 377 coming into question and the liberation of the LGBTQIA community, Alt Balaji decided to move with the times. In the Alt Balaji web series Romil & Jugal, the love story of 2 boys is portrayed through the age-old Romeo & Juliet storyline.

With love, hate and few stolen moments in between this story transcend gender roles. It takes a look at what men and women go through when dealing with their own confusion regarding sexuality. Making this one of Alt Balaji best web series ever created.

Ekta Kapoor would not be Ekta Kapoor if there wasn’t family drama involved. But this Alt Balaji web series is a bit different from everything she has done so far. This series deals with choosing between love and responsibility.

With big actors like Ronit Roy, Mona Singh, and Gurdeep Kohli – this series is the story of a 40-year-old chartered accountant who has a loving wife and caring family. But meets an interior designer and falls for her.

When all this blows up in his face, what will he choose – his commitment and responsibility or his love?

What happens when hearts break?

What happens when two people who have had their hearts broken meet?

This is what the Alt Balaji web series Broken but Beautiful deals with. When Veer loses his wife 3 years ago, his sister-in-law pushes him to move on. He decides to shift houses and buys his cousin Karthik’s place. But unfortunately, Karthik’s ex Sameera keeps stalking him and wants to get back with him. The plot takes a twist when Veer decides to help Sameera make Karthik jealous. But in the process, they start falling for one another.

While Alt Balaji has a penchant for stalking and vamps, this take is a refreshing break, as it deals with people trying to move on but not having the ability to.

Another great Alt Balaji web series, M.O.M is a plot of 4 women scientists who chart the journey of India’s Mars Orbiter Mission. The series begins when ISRO’s ISA fails its mission and the entire blame falls on Mona Singh. But with hard work and dedication, she pulls through. Her teammate and mission coordinator Sakshi Tanwar, on the other hand, is there to help her shine among the stars.

With unforeseen plot twists and intriguing scenes, Mission Over Mars makes for a great watch for everyone.

Which is why it is on the Alt Balaji web series list.

A stellar cast and a heartwarming storyline are what make up this Alt Balaji web series. The ‘Home’ web series revolves around a classic middle-class family and their struggle to win against a corrupt system. It talks about the value of a home and all the dreams people have in them. When the society they live gets an eviction notice, then how the family decides to take a stand.

This Alt Balaji series makes for a great watch, especially for families. IT shows just how short life is and how everything can be taken away with one blow. And that is where family comes in, to stand together and fight.

With actors like Amol Parashar, Supriya Pilgaonkar, Annu Kapoor, Parikshit Sahni, and Chetna Pandey – this series had to make it in the top 10 Alt Balaji web series list.

Watching a web series can be time-consuming. But choosing what to watch is more difficult than actually watching it.

Alt Balaji has done wonders when it comes to producing good web series. From murder mystery to drama to patriotic to new concepts including the LGBTQIA community – Alt Balaji has it all.

But while the Alt Balaji web series is intriguing and eye-catching – it does leave viewers with a message. The message is so subtle that you don’t really realize it’s there. But once you actually watch the series it makes you wonder and it makes you question. And that is what Ekta Kapoor and her team want. For the general public to question everything happening around them.

While this list does contain the Top 10 Alt Balaji best web series, it is by no means exhaustive. So, let us know what your favourite Alt Balaji shows are. 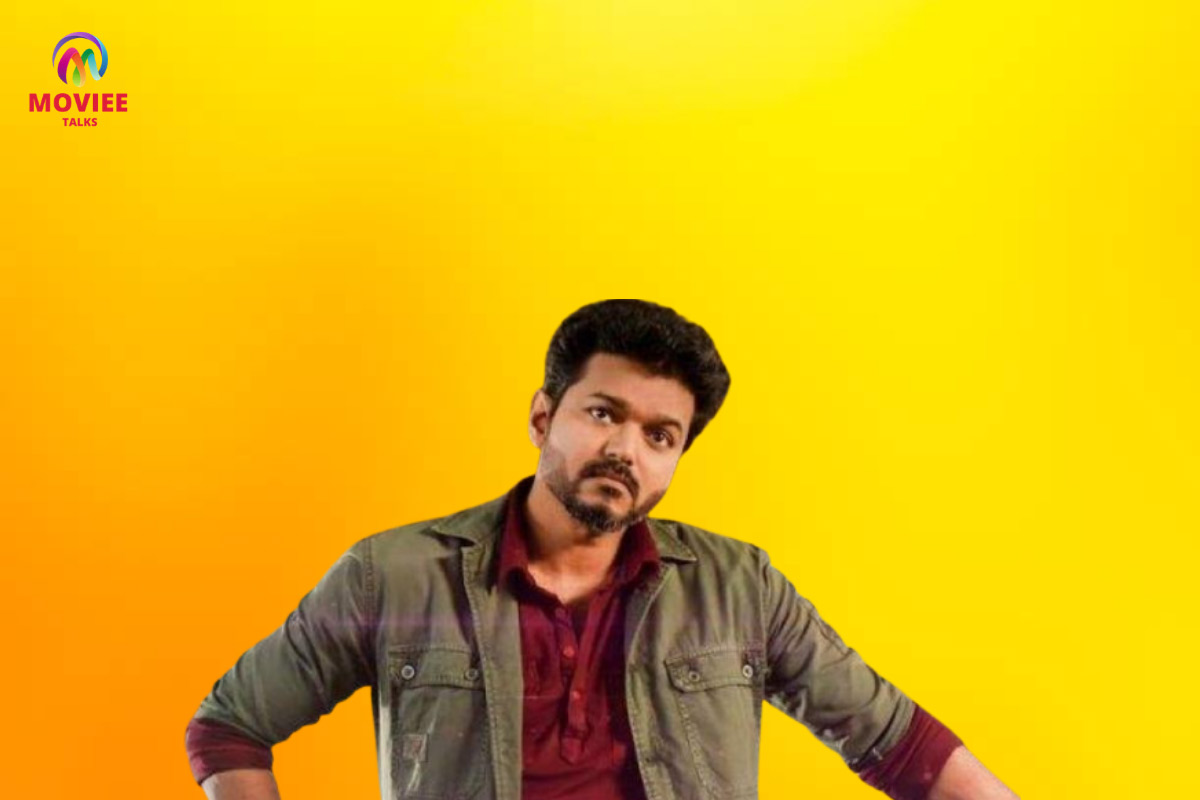