Telugu comedy actors play a major role when it comes to movies. Their comic antics and facial expressions lend a certain element of fun to the movie. Which is why Telugu comedians have increased in numbers. Comedy movies are something that everyone in the family can enjoy. From children to adults everyone enjoys a good laugh. And what would happen if there was no comic relief? Any movie without some slapstick humor and funny moments are not worth watching.

Which is why comedians are so important. Thanks to their skills and impromptu comic relief, they help make the movie more energetic and lively. In every movie circuit – Tollywood, Bollywood or Kollywood, comedians are revered. Especially in the Telugu film industry.

So, here’s the list of top 10 comedy actors in Telugu movies.

Let’s take a look at one by one- When you think about Telugu comedy actors, then the first name that comes to your mind is Brahmanandam. His comic expressions and perfect timing, has helped expand his acting career to over 1000 movies. He has also received the Padma Shri Award in 2009, for his contribution to movies. Brahmanandam also holds a Guinness World Record for the highest number of movies ever acted in. With a career spanning over a decade, Brahmanandam is one of the world’s best known Comedy Actors in Telugu. His comic episodes from Telugu movies are some of the most-watched scenes for any comedian.

MS Narayan is one of the great Telugu comedy actors who graced the stage. And while he is no longer with us, his impromptu comic scenes are something that still lingers in the minds of his fans to date. His life revolved around making people laugh and he could add humour to any role, movie, or genre. MS Narayan was suited for the fatherly roles in Telugu movies, but instead, he preferred to play the comic roles.

A few of MS Narayan’s movies were released after his death but he is still considered to be one of the best in the Telugu comedian’s name list.

Another one of the comedy actors in Telugu movies is Ali Basha. He is such a popular comedian that he has not only worked in Tollywood but also Kollywood and Bollywood. His comic timing is so epic that Ali is thought to be one of the highly acclaimed Telugu comedy actors. Some of his most popular movies are Srimanthudu, Khaidi No. 150, Race Gurram, etc.

Ali Basha is one of the best Telugu comedians of his generation and has made his mark on each movie he has been a part of. Raghu Babu is a name that is associated with when talking about comedy actors in Telugu movies. He spent his life in a comedic family and credits his skills to his father, Giri Babu. But, Raghu Babu is not only a great comedian but is also a great movie producer. People love watching his movies because of his natural acting skills and funny comic timing. Some of his most popular movies to date are Khadai No 150, Adhurs, Kick 2, Race Gurram, and more. Because of his epic comic skills, Radhu Babu is one of the top director’s picks in the Telugu comedian’s name list. Priyadarshi Pulikonda is another Telugu comedian making a name for himself in the movie industry. His career began with the movie Terror, and with movies like Pelli Choopulu, Spyder, Arjun Reddy, Tholi Prema, and Middle-Class Abbayi, he sealed his place as an iconic comedy actor.

Priyadarshi is not only famous in Telugu movies but is also well known in the Bollywood and Kollywood circuit as well. 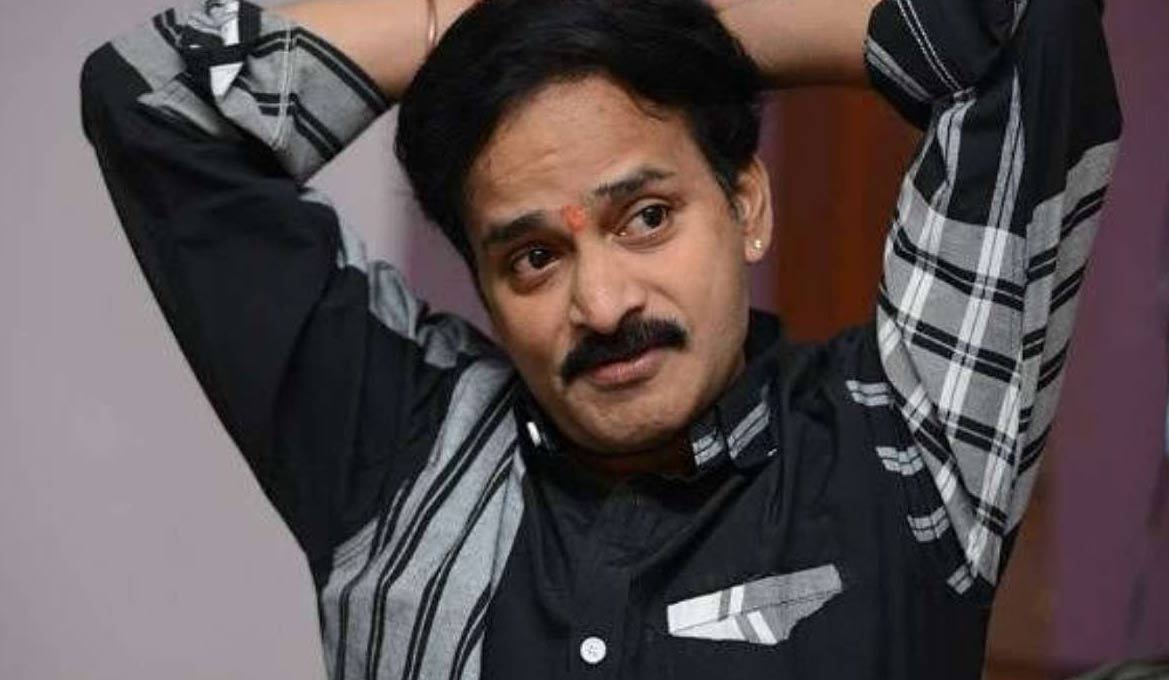 Telugu comedian Venu Madhav is famous not only for his famous comic roles but also for his mimicry abilities. He has worked in over 600 movies and started his career mimicking politicians and celebrities. But his breakthrough came with movies like Master and Tholi Prema.

Venu Madhav received the Nandi Award for the Best Male Comedian role in the movie Lakshmi. He also won CineMAA Awards for his roles in Dil and Sye. But unfortunately, we lost this amazing actor to liver and kidney complications in September 2019. While he will be missed, he will surely not be forgotten. 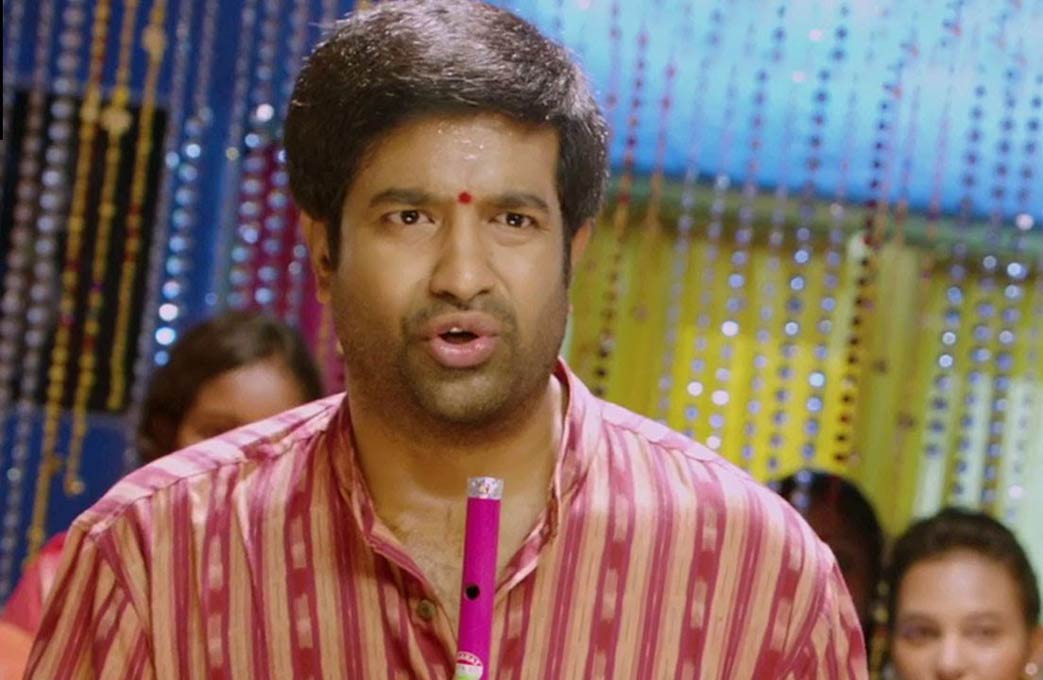 Vennela Kishore or rather Bokkala Kishore is still one of the youngest Telugu comedy actors in movies. The title he got was Vennela after his first movie, Vennela. With his unique ability to change from a serious to a comic role in seconds, he has not only surprised people in the Industry but his viewers as well. With his sudden change in roles, he has won the ability to make people laugh with just his facial expressions.

Vennela Kishore has won the Nandi Award for Best Male Comedian for his performance in the movie Inkosari. What makes Vennela Kishore a little different from the other comedians in this list – he is also a good director. With movies like Vennela 1.5 and Jaffa under his wing, he is making sure that people know him, either for his comic roles or for his directorial skills. Posani Murali is not just one of the Telugu comedy actors in the biz. He is an actor, a director, a producer, and a screenwriter, all rolled into one. He has worked in over 150 movies and his innocent and stoic face lends more to the comic role than others. Some of his popular movies include Race Gurram, Naayak, Atharintiki Daredi, Bobby, Athadu, Kick 2, Khaidi No 150, Arjun Suravaram, and Aswathama.

While his comic timing is epic, Posani is more than only a Telugu comedian. Posani Murali also tried to contest in the Andhra Pradesh Legislative Assembly elections, but unfortunately, he lost. 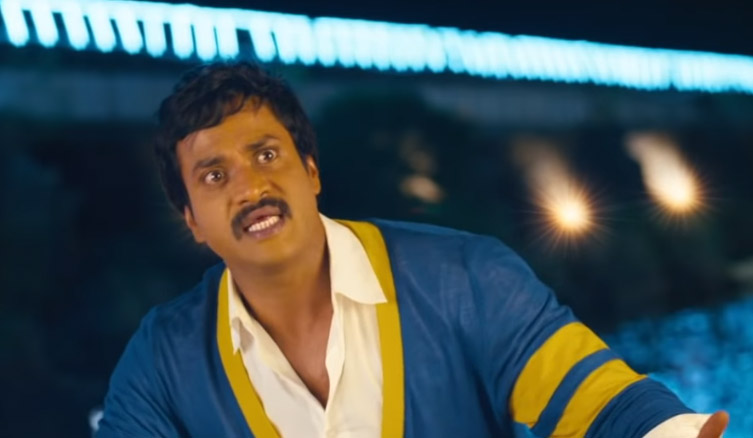 Another of the great Telugu comedy actors who have taken the world by storm, Sunil. He has acted as the lead actor in a lot of movies, but eventually, he returned to comedy. His comic sense and humour skills have proven to be a major win for his audience, as he loves bringing a smile on the faces of his fans.

The Telugu comedian has a slow career in the beginning. His initial movies were either stopped during filming or did not do well in the box office. But, he persevered and took his first lead role in the movie Andala Ramudu. Jaya Prakash Reddy is not only a Telugu comedian but is quite a popular villain. But most of his evil roles take on more of a comic role. Jaya Prakash or JP as his fans call him is famous not only for his humour but also for his ability to keep a straight emotionless face in place while delivering the funniest lines. His love for making his fans laugh is apparent in the dedication of his work.

Because of his multi-talented nature, JP is a director’s favourite. Some of his best movies include MLA, Amar Akbar Anthony, Crazy Crazy Feeling, Jai Simha, Radha, Khaidi No 150, Lol, and Gabbar Singh.

Acting is not easy. With trying to learn hundreds of lines, having to portray emotions in a heartbeat, and work hard to compete with others – actors do not have it easy. Comedians face bigger problems. By competing against the lead actor-actress for space, they need to prove that they have a funny bone.

But with the top 10 Telugu comedy actors listed above, it is easy to see that comedians are slowly being recognized for their art. It may be easy to punch someone or jump from buildings using wires and green screens. But entertaining someone with just your facial expressions and gestures is priceless. This is why people now acknowledge the value of comic relief and the important role comedians play in movies.