Comedy is something that makes you laugh whenever you are upset, sick or depressed. If you look from Charlie Chaplin to Kapil Sharma you will know that it is a way of spreading happiness among the audience. 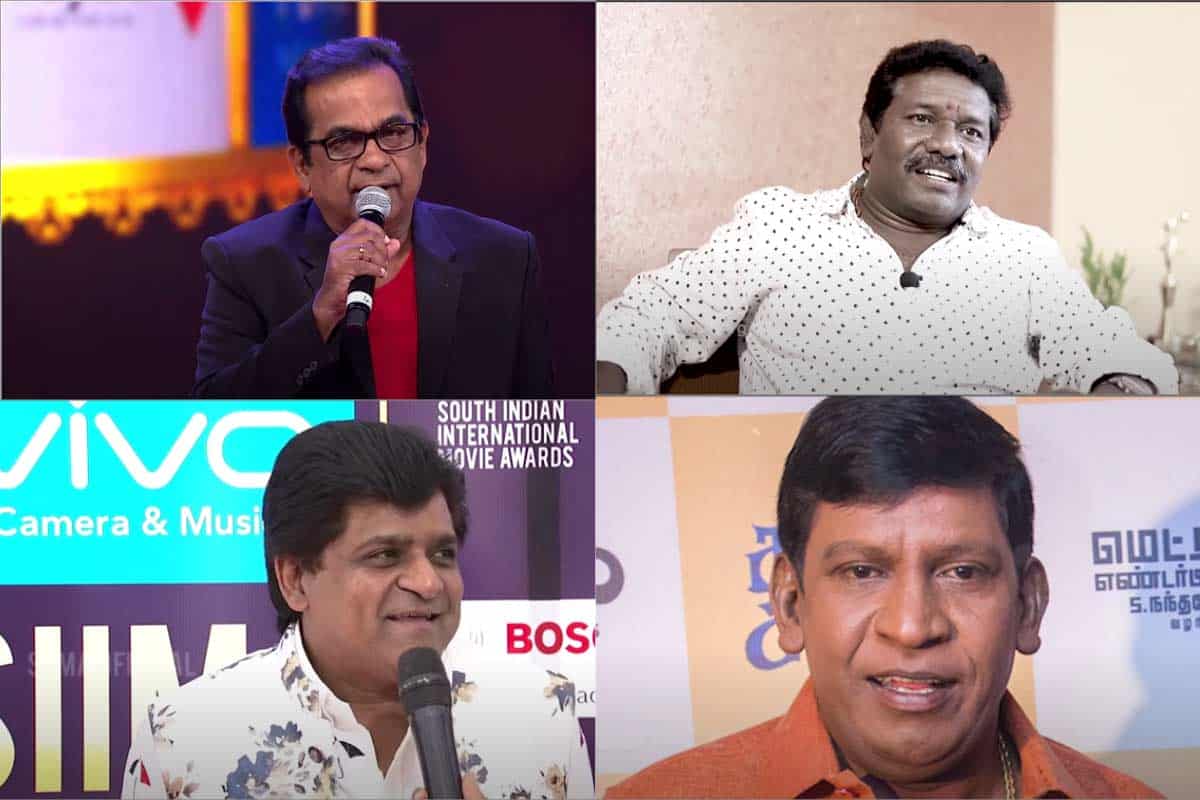 Movies with great comedy scenes make you feel joyful and chirpy. The actor’s role as a comedian is the most important element in a movie. With their ability and portrayal of lines, the film seems to become fun to watch.

Nowadays the south industry is shining all over India and their actors, especially south comedians, are loved by the watchers very much. Let’s take a look at some of the popular south Indian comedians of today’s time

In a comedy movie, a comedian plays a major role in keeping the story intact and interesting. So, without wasting any time, let’s discuss the names of these sensations 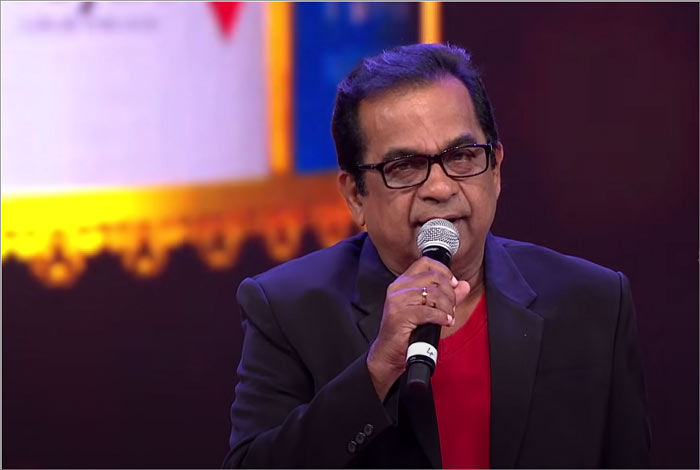 Brahmanandan was born in 1956 in Guntur district Andhra Pradesh. If you ask any citizen from the south region about Brahmanandan they will instantly recognise him as one of the best South Indian Comedians.

The actor is a Guinness World Record holder for his attainment. He has also performed in a mass number of films.

Brahmanandam has not only become popular in the South film industry but also in several Bollywood movies too. His comic timing and hard work is the reason  behind the success of his films.

These qualities also make him a brilliant entertainer. Hence, everyone looks forward to his work and applauds his performance. The actor has also bagged many popular awards and is reputed among other actors too.

Jayaprakash Reddy was born in 1946 in Sivel of Andhra Pradesh and is one of the most flexible and skilful performers among south comedy actors. He is a gem that everyone looks forward to working with. His comedy films are a delicacy for people who love binging comedy movies.

The actor has the best methods to interpret the comedy dialogues. He can make normal scenes look funny and adaptable. His facial expressions grasp the attention of audiences instantly.

Reddy’s dedication can be seen in every project because comedy is not easy to do. He is not only good at comedy but  also for serious and villain roles. This makes him a multi-talented actor of the industry. 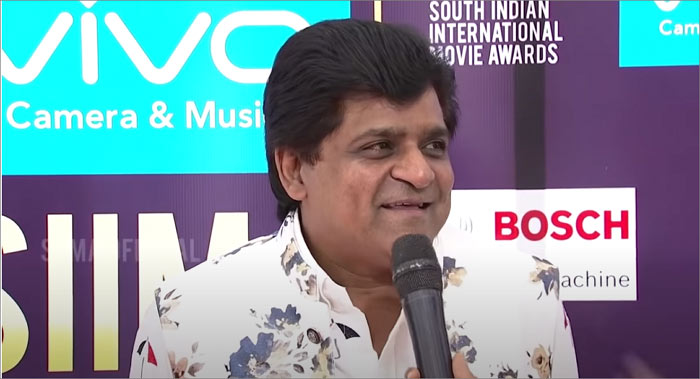 Ali was born in 1968 in Rajamahendravaram Andhra Pradesh. Well, if you are a 90’s kid or grown-up watching 90 era movies then you would recognise him immediately.

That’s because he was and is considered beloved among the audience. The talented and versatile south comedy actor is fun to watch.

He has successfully been a part of more than 100 films. Just like many talented actors, he has gleaned in both the south entertainment industry and Bollywood.

Ali’s spirits are always high because he is dedicated to his work. Besides, he is also a talented character portrayer, especially of the comedy ones.

Raghu Babu is a capable and brilliant south movie comedy actor. He is a well-known name in the Tollywood industry.

His movies are watched by a large number of people. That’s because his films are packed with laughter.

Raghu Babu is a professionalist who attracts people with ease. His timing of funny scenes or dialogues is what holds the attention of everyone.

Not many people know that his family belongs to the film industry too. His father Giri Babu was a renowned south comedy actor. As per the current report, he is going to start directing films very soon.

M S Narayana was born in 1951 in Nidamarru, Madras State. He was a highly reputed south Indian Comedian whose performance was adored by all. In 2015, the actor’s demise due to organ failure left everyone in shock.

His last project was telecasted after his death and it was one of the huge hits of his career. The talented comedian had methods to illustrate his lines at the best times.

His role in the films added great humour for the audience. Narayana’s input in the cinema industry is commendable and respected. 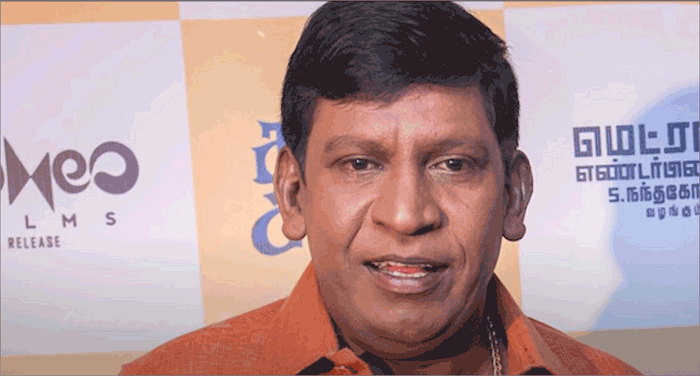 Vadivelu, one of the south Indian comedy actors, was born in 1960 in Madurai Tamil Nadu. He is a well-known artist whose films remain in the favorite list of audiences.

Being an experienced actor, Vadivelu has a unique style of working. His acting grabs the attention of a mass number of people.

The 60 years comedian-actor is one of the best names when it comes to entertaining others through his projects.

This great south Indian Comedian was born in 1980 in Polichalur. Santhanam is known as a great actor who always performs his part with perfection and dedication.

He is also called a comedy professional because his way of portraying things, especially dialogue, takes everyone by surprise.

His work is always a treat to watch and it’s quite pleasing to the eyes. Besides films, he has also tried his hands on television. Due to his immense devotion towards work, Santhanam has become an essential part of Tollywood. 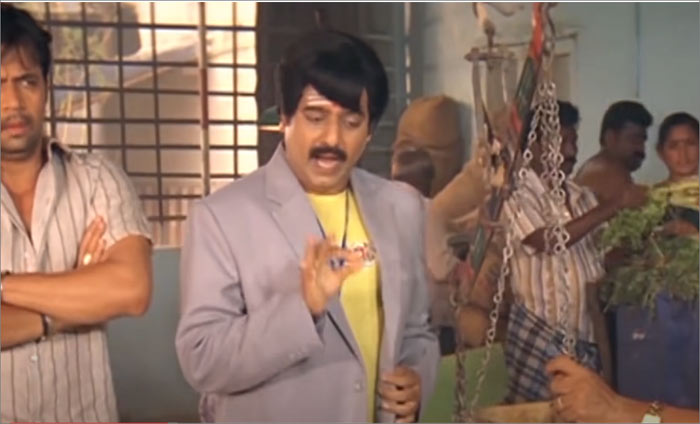 Well, it will not be fair if Viveks name is not included among south Indian comedy actors. He protrudes as a sharp and finest name in the South entertainment industry.

Vivek has also won many awards including Padma Shri. He gives great top-notch performance through his aspiring work. His backbreaking work and input is quite notable for everyone. Karunas is another south comedy actor who is quite renowned for being the best comedian in the film industry.

His talent is not only limited to acting but he also loves to do singing and music. He has bagged the main role in many south films and has done a great job in all the fields.

That’s all readers! Well, you have got a piece of great information on the south Indian comedy name list. Movies of these stars will keep you entertained during stressful times. If you liked this article, do visit again to get a glimpse of some other information on the same.