Gone are the days when language was a barrier. In today’s entertainment world, dubbing can resolve all such concerns easily. The south industry is filled with numerous interesting Malayalam and Tamil movies. However, if you are one such viewer who is looking for malayalam movies in tamil then this article can be helpful for you.

That’s because today we will be mentioning top Malayalam Movies Dubbed in Tamil. So, let’s begin without any further delay

South movies has some really interesting story lines that are likely to be entertaining for you.Here’s a list of Malayalam to Tamil dubbed movies that are perfect for your binge watch

The Malayalam movie directed by Rajesh Kannankara and written by Samuthirakni is our first pick in the category. It is produced by K.C. James. This Malayalam movie dubbed in Tamil was remade as Nadodigal and starred actors like SasKumar, Jay, Bharani, Abhirami, and Ananya.

The Malayalam sequel of the movie starred actors Vinod, Ammu, Kochumon, Kalyani with the release year 2011. To mention the story of the movie, it’s focused on the lead Kochumon who tries to help two lovers against the village. The villagers, on the other hand, are against the relationship for caste issues.

Classmates is a movie that concentrates on a group of college friends. It holds their shared memories with a blend of sadness when they plan for the reunion. After years, the group of friends reveal some dark secrets of the college times.

Directed by Lal Jose and written by James Albert, the movie is a Tamil remake of Ninaithale Inikkum. It starred famous actors like Prithviraj and Priyamani.


Directed by Sasi Shankar and released in 2002, this movie is our next choice in the entire category. The author of the movie is Benny P Nayarambalam. To mention some of the main roles in the movie, the names include Dileep, Navya Nair, Cochin Haneefa, Saikumar, and Spadikam George.

The main story of this movie is a remake of Tamil movie Perazhgan that had leads like Surya and Jyothika. In the movie, Kunjan has complex issues for hunchbacks. Hence, he is concerned about his marriage. Basically, he thinks that no one will marry him.

Then he meets Priya and eventually falls for her. However, he doesn’t know what problem awaits for him. The movie has two roles: Dileep and Manga played by Vimal and Kunjan, Priya and Chenbagam. 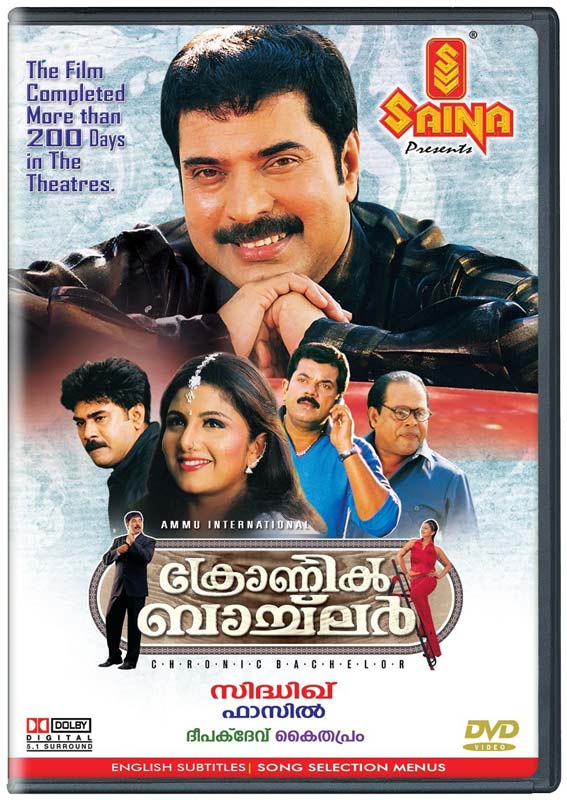 Two Bachelors decided to move into a flat for a peaceful bachelor’s life. However, their life takes a twist when they both fall for the girl next door. Things become confusing when they come to know that the girl is related to the flat owner.

The movie is directed by Siddique and produced by Fazil. It was released in 2003. The movie is a remake of Tamil movie Engal Anna. Some of the leads include names like Vijayakanth, Prabhudeva, Namitha, and Vadivelu.

Katha Parayumbol is a movie that is focused on a man called Balan. Balan is a poor man who is not able to give adequate financial support to the family. However, things take a turn when he meets an old classmate who is an actor.

The actor’s friend comes to shoot for a movie in Balan’s village. This movie is a remake of the Tamil movie Kuselan and has Rajnikanth in the lead. Lastly, the movie is directed by Nayanthara and M. Mohanan.

Directed by Ashiq Abu, Salt n pepper is a romantic story of a widower and divorcee. Both the individuals find each other over a missed call. They eventually fall in love. However, their niece and nephew fall in love too.

The movie was remade from Un Samayal Arayil. In the movie, Kalidasan is an archaeologist and food lover. On the other hand, Maya is an aspiring cook. Both of them discuss their recipes and hence fall in love.

Kreedom is a police movie that stars Mohanlal in the lead. With the desire to become a policeman, Mohanlal focuses on saving the city from any criminals. Hence, he kills a criminal through an encounter. He did so because the criminal was trying to kill his father.

The situation takes a massive turn after this entire incident. Moreover, the star cast includes Ajith Kumar in lead and Rajkiran as his father. Directed by Sibi Malayil, the move is quite a popular pick as per the category.

The story of the movie revolves around a man called Krishnamurthy. He is asked to construct a colony by a real estate agent. However, he realises that the agent wants to claim the land.

Krishnamurthy comprehends the scenario and fights against them to retain such an instance.The Tamil version of the movie is called Vietnam Colony and it has Prabhu in the lead role.

Aniyathipraavu is a story that is based on the life of two people. Sudhish Kumar Kunchacko Boban and Mini, played by Shalini, fall in love with each other.

However, they have to face backlash from their parents due to religious limitations. The story features a blend of emotions, love, and feelings in the same. Lastly, the tamil version of the movie is called Kadhalukku Mariyadhai.

Directed by Alphonso Puthren, Neram is a movie that focuses on a young engineering student who loans money to impress his girlfriend.

However, his life gets filled with challenges when he struggles to repay the same. The leadcast of the movie stars Nivin Pauly and Nazriya.

So these were some of the best malayalam to tamil dubbed movies. We hope this article was appealing to you. If you loved this list, check out our other articles too.

We have more interesting reads that are likely to give you some binging ideas. From tollywood to bollywood, our page has the ultimate list of shows and movies. Thus, stay connected with us to know more!