As you all know web series are quite in  trend nowadays. That’s because you get a whole lot of variety of genres on your phones, laptops or smart TV’s. 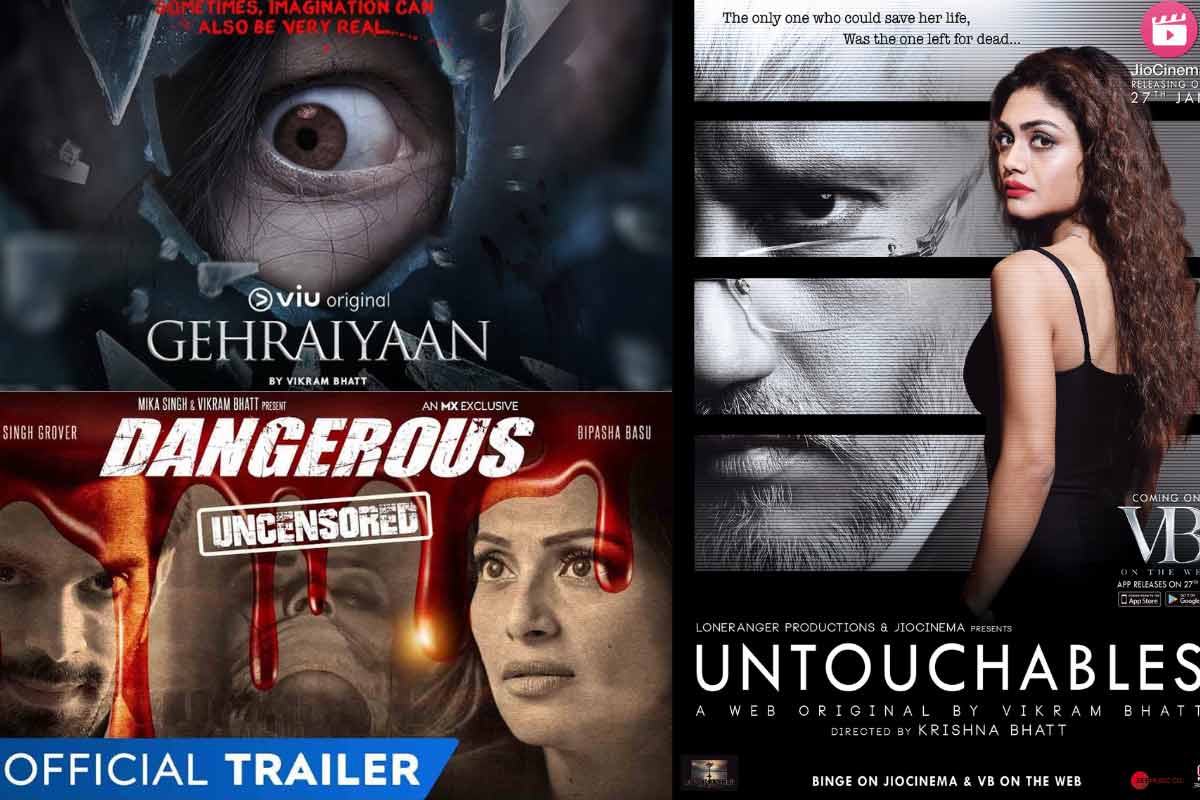 Earlier, audience had the option to watch daily soaps that took years to get to the end of mystery.  However, web series have minimal episodes and catchy storylines to grab the interest of audiences in a quick way.

There are so many creators that are known for making good series. When we talk about such artists, filmmaker Vikram Bhatt is surely included in the list.

His creation renders a new and alluring concept to the web series that you can’t miss at any cost. Here are some of his web series that will keep you thrilled till the end.

Any storyline is incomplete without a professional and talented web series maker. With that being said, Vikram Bhatt Bhatt justifies the title of the filmmaker as he puts his 100% into his work. So, let’s discuss some of the web series by Vikram Bhatt that are loved by the watchers at present. 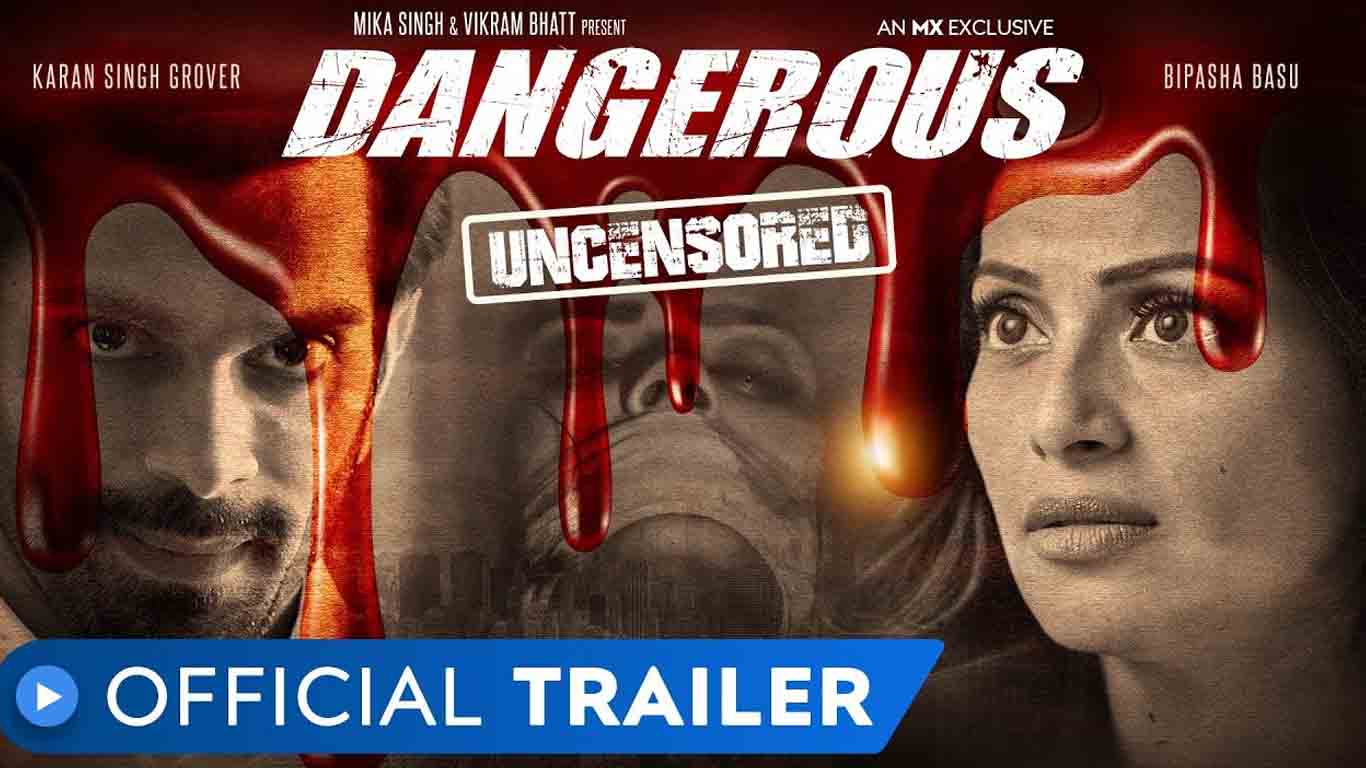 Dangerous, a Vikram Bhatt new web series which is directed by Bhushan Patel and got telecasted on 14 August 2020.

The story focuses on an interesting riddle starring Karan Singh Grover as Aditya Dhanraj and Sonali Raut as Dia Dhanraj.

This series revolves around the businessman Aditya Dhanraj who deeply falls in love with his wife Dia Dhanraj.

However,  soon the story gets twisted when his ladylove suddenly goes missing. Aditya then goes on a mission to search for his dear wife despite all odds.

Later, he comes to know that the mystery is handled by his ex, Bipasha Basu as Neha Singh. During their investigation, they confront several business conflicts, unknown truths, and murder.

Another Vikram Bhatt web series written by him and directed by Anupam Santosh Saroj is Rain. This interesting psychological thriller is telecasted on 22 June 2017 starring Priya Banerjee as Barkha and Kanupriya Gupta as Sia.

Rain concentrates on the story of a girl named Barkha who has mental problems and is always scared. Due to her illness, her friend Sia lives with her in time of need.

One rainy night Barkha gets trapped with four people from her past at her home. The situation makes Barkha combat both truth and illusion. Overall, the story is worth a watch for thrilling entertainment. The next story of Vikram Bhatt web series list is directed by Sidhant Sachdeva. This popular and most watched web series was telecasted on 14 June 2017 starring Sanjeeda Sheikh as Reyna Malik, Vatsal Seth as Sahil Arora and others.

Well, the story focuses on a girl named Reyna Malik who is a surgeon by profession. Due to one bad event, she gives up on performing surgeries but sooner she composed herself and opted for another surgery.

During her surgery, she sees a sudden light flare up. As a result, the operation gets delayed. Also, when on reaching home, she noticed some supernatural things happening too.

Reyna discussed everything with her doctor friend Shekhar but he refused to believe it.

After the incident, Reyna collides with a man, named Sahil, in an escalator. She finds him charming and he invites her to his home.

Reyna notices some disturbing things at his place. However, she denies such scenarios, considering it her imagination. She fell in love with Sahil and they started their happily-ever-after relationship.

Suddenly, one day Sahil disappeared and Reyna got depressed. She decides to investigate Sahil everywhere and at last, she finds some extraordinary facts about his love. This Vikram Bhatt’s web series will definitely glue you up till the last episode.

Zakhmi is directed by Arbaaz Ali Moghul and made by Vikram Bhatt. The web series was telecasted on 7 February 2020 starring Tia Bajpai as Saira. The story is based on a woman named Saira who wants to get back at the people who killed her husband.

During her journey, she gets trapped in some plot. However, she swears to fight till the end.

Later, the woman gets startled when she gets to know that her close ones are the biggest tractors. This eye-catching Vikram Bhatt web series will surely entertain you to the fullest.

Spotlight is another creation of Vikram Bhatt that is directed by Suhail Tatari. Telecasted on 26 January 2018, this story focuses on the dark side of the Bollywood industry. It stars Trisha Choudhary as Sana Sanyal and others.

Another story in this Vikram Bhatt web series list involves a poverty-stricken girl who travels to Mumbai to find her superstar father of Bollywood. She faces many hardships and reluctantly joins the industry.

Later, she became a wealthy actress and had to bear the cost of getting involved with film creators romantically.

The story also shows how during her Bollywood journey, she falls in love with her co-actor Sid Makkar as Romesh Raj, a family man. Her thorn filled journey will instantly grab your attention for a good watch.

Hadh (limit) is another Vikram Bhatt web series telecasted in August 2017 and directed by Sidhant Sachdeva. The storyline involves a successful businessman and his three sons. As the father gets more sick each day, he calls his sons and informs them the suitable one will get all the business.

By doing this he creates a chaotic situation  for his  criminal sons. Each of them fight with one another to become the best suitor for the massive business heritage.  Want to know who wins? Plunge into the series to know the end.

Faceless is one of the many creations of Vikram Bhatt telecasted on 14 May 2019 and directed by Satish Shukla. It is a murder mystery genre starring Purvi Mundada as Isha Thakral and Sid Makkar as Karan Arora.

The story is based on the investigation of a murder in a family. Cops try their best to find the culprit but fail to do so.

Isha, the youngest girl child of the household assist Karan Singh (DCP) to unwind the mystery of the murder that happened in the family. During their enquiry, they fall in love with each other. Meanwhile, the truth is yet to unwind. At last, what happens will startle everyone. Watch it to know more!

Vikram Bhatt’s web series Untouchables involves some western history based on true events. Directed by Krishna Bhatt, the story is of a medical student named Sreejita  (Natasha Sarang) who is also financially unstable. Thus, to meet her finances, she opts to be an escort by night.

Just like other days, once Nasha went to meet her customer and thought of leaving the filthy profession. However, fate had something else for her. That’s because when she woke up from sleep she saw that her patient was dead.

With fear and trauma Sreejita left the place. Her dress was fully covered with blood and she got arrested by cops. She tried to explain that she had nothing to do with the dead customer. However, no one was listening to her story. Watch out the series to unwind the mystery!

Well, some believe in magic and some do not. However, Tantra is awesome for both audiences. The web series featuring black magic, is produced by Vikram Bhatt and directed by Rajesh Ranshingeit.

Tantra was telecasted on 9 April 2019 starring Sargun Kaur Luthra as Niyati. The story is of a family called Khanna’s.

They buy their most desired house, Jalsa , to lead a happy life. But soon they notice some supernatural incidents at the place. As the story continues, a lot of thrilling and nerve-wracking situations happen.

Later, the young girl child of the family saves everyone from jinx (evil eye). Want to know how? Plunge into the series to know more.

Well, that’s all for the Vikram Bhatt web series list. We hope here you have got some fascinating web series of the filmmaker Vikram Bhatt. These series will definitely glue you to the screen and render the much-needed entertainment.