Highlighting the comedy scenes, one major character might not be forgotten apart from other comedians and he is none other than our beloved Akshay Kumar. He is a self-made individual who once served as a waiter in a restaurant in Thailand and now he’s among one of the most recognised faces in the Hindi film industry. Here we are going to highlight 11 best Akshay comedy movies of all time.

Comedy, action, romance – he fits all as he believes in not just simply sticking to one genre but to different areas and has thus gradually earned the title of No. 1 Khiladi in the Bollywood industry. He has reached to such an altitude where the film directors and producers consider him guaranteed for success. He started his career 30 years ago from the movie Saugandh.

However, Akshay Kumar’s comedy movies started from Hera Pheri.Comedy movies of Akshay Kumar have not only gained popularity among the adults but even young as well as old generation people enjoy his movies to the fullest.

He has also gained popularity for releasing back to back 3-4 movies per year on an average. On one hand, many big actors are there who avoid taking any risk and so release their 1 or 2 movies on an average per year while on the other hand Akshay Kumar loves to take risks and do different experiments to uncover his hidden talents even more and more.

He’s so energetic and active that always likes to keep his hand full by just beginning to be ready for his next movie even before his film is completed. Not just him but also the producers and directors are always enthusiastic to work with him to give out a fine shot and keep the audience entertained and entangled through his movies.

Ths covid situation around us has worsened to such an extent that no less than various mind boosters would help us adjust with our surroundings. Among them one could be entertainment involving light comedy.

Binge watching comedy movies is likely to lighten up your mood. With that being said, the top 11 Akshay Kumar comedy movies are detailed below:

This being one of the best comedy movies of Akshay Kumar was released in 2000 as a big hit. The blockbuster gave another sequel after a lot of talks finally in the year 2006 but however was unable to mark that heat as compared to the first one thus making true the thought of “Old is Gold”. 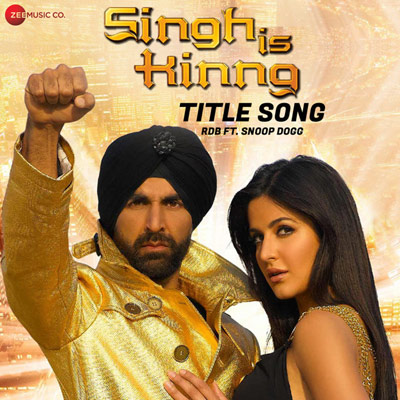 Playing simply the role of a Sikh, Akshay won the hearts of the whole Sikh community. He plays the role of an individual named Happy and later takes up the role of King of Underworld. This movie too made a hit earning crores at the box-office. 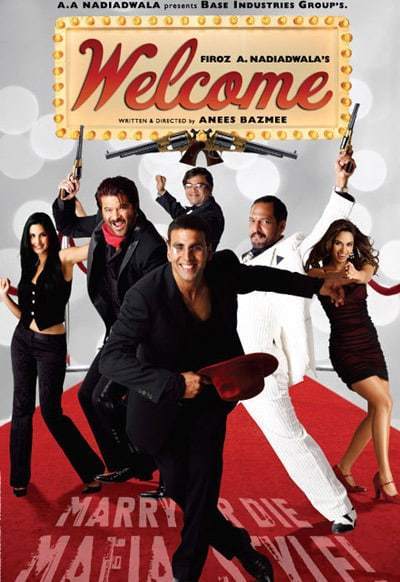 Another one among Akshay Kumar’s best comedy movies is based on the lives of Underworld Dons where he falls in love with one of their sisters.Filled with comedy scenes throughout, the movie is a roller coaster ride and at the end one would be tired of laughing. So guys if you haven’t watched yet, go give it a definite try.

This movie is an Akshay Kumar’s comedy film filled equally with thrill and horror. It describes a couple deciding to stay at their ancestral home and thus witnesses some unusual activities. Here, Akshay comes to the rescue with his own tricks and hence makes the movie a worth watching. This movie is one of the best rom-coms in Bollywood where Akshay plays the role of a pure Desi boy falling in love with an Angrezi girl. This Akshay Kumar comedy movie showcases love which further makes it a must for every fan.

Bachchan. Guys, this movie should not be missed, for sure.

This is another one which comes under Akshay Kumar comedy movies’ list showing the life of three bachelors living in a bachelor pad while enjoying their life to the fullest. Suddenly on a very fine morning, they wake up with a daughter left by their door, then claiming that one of them is her father.Here then begins the search and so does the laughter.

Starring Akshay Kumar with Salman Khan as being close companions in this movie where later they get estranged during their school times. Throughout the movie, Akshay keeps on irritating Salman. The movie has an outstanding screenplay where one might hate Akshay Kumar throughout but the climax will make him love even more and more.

This series is one of the most successful series by Sajid Nadiadwala. These Akshay Kumar comedy movies were a hit, having two more sequels which were as crazy as the first one. Being highly talented, Akshay gives his every character a comic side which makes it purely hilarious such as Sandy and Sundi in “Housefull 3”. 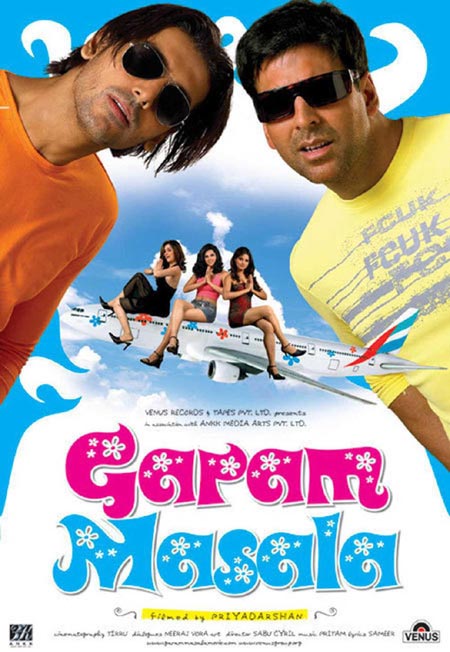 Among Akshay Kumar comedy movies, this is also among one of the best movies he ever did with John Abraham. This movie depicts the

story of a photographer played by Akshay and flirting with three ladies simultaneously. This finally came out to be a blockbuster movie due to their perfect screenplay and comic timing.

This stands out to be a complete nonsensical laugh riot, being a “Bhagam Bhag”- type plot where multiple characters intertwine themselves

through miscommunication, causing full-on but hilarious chaos. The film reunites“Hera Pheri” duo Kumar and Suniel Shetty together and there is great chemistrybetween the two.

Relax if a Kumar film promises one thing, it must be boring. Apart from these, other best comedy movies of Akshay Kumar are – Bhagam Bhag, DeewaneHuye Pagal, Phir Hera Pheri, Mr & Mrs Khiladi, Khatta Mittha.

When being on screen, Akshay Kumar makes it hard for his spectators to look and applaud for anyone else than him, such is the charisma of the actor. He is nowadays considered to be among one of the top most actors in bollywood.

Being a martial arts instructor in Bangkok, he then later started his career due to his charismatic looks and amazingly fit body. In Spite of proving his versatility through different genres, Akshay Kumar’s comedy movies stand out to be the best among all others.