All love stories revolve around a drop-dead gorgeous man, who looks more like a Greek God than a person, who sweeps the heroine off her feet. While not all men reach the ‘Greek God’ status, some really do come close. Looks are a major part of being listed as the most handsome men in the world. But merely possessing a beautiful face won’t win you the vote. other factors like popularity, genetics, masculinity, intelligence are also taken into consideration. 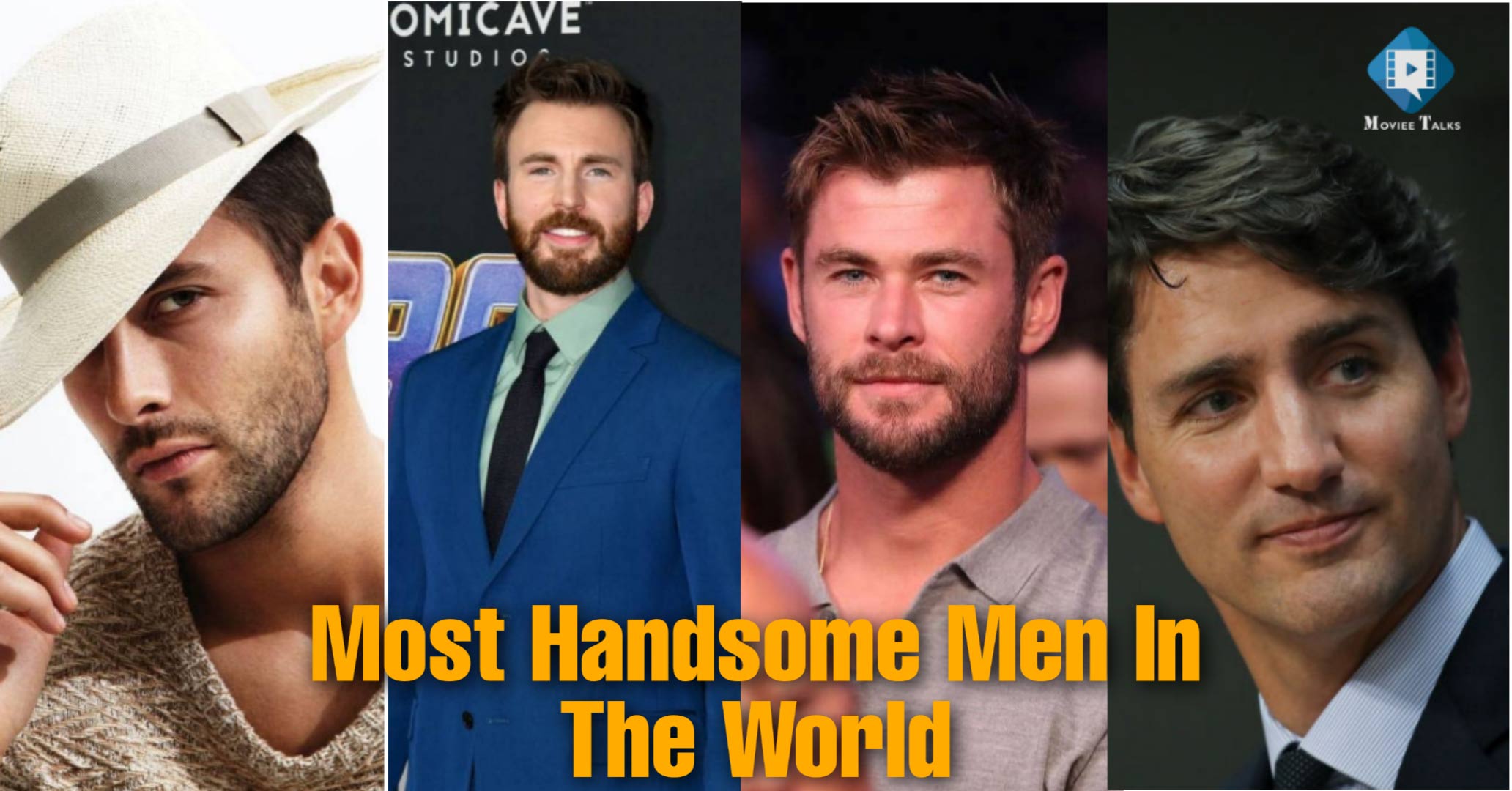 But, in a population of 3.5 billion, what factors would you include to call someone the worlds handsome man?

So, let’s take a look at the 10 most handsome men in the world:

Here is the list of top 10 most handsome man in the World. Let’s take a look 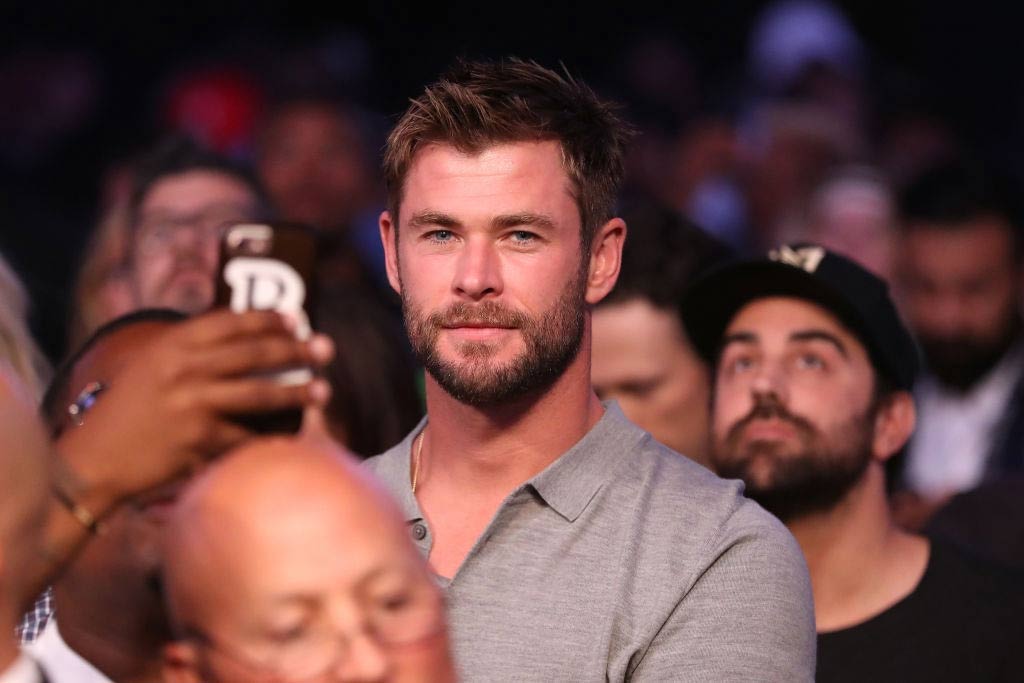 Ranking #10 in the list is Australia’s very own heartthrob, Chris Hemsworth. He was crowned as the ‘Sexiest Man Alive 2014’ by People’s Magazine and that wasn’t without reason. With his rendition of Thor and his role in Avengers, people were immediately drawn to his blonde hair and rugged looks.

But it isn’t only his looks that gave him the title of world’s handsome man. Most women love the fact that he is a doting father and a loving husband as well.

Following Chris Hemsworth on Twitter and Instagram will show you just how much he loves his family. With videos of him dancing around with his kids to making breakfast, he seems to be a Greek demigod with his feet firmly planted on the ground.

Which is why some consider him the most handsome man in the world. Next on our countdown to the Top 10 most attractive men in the world is our very own Captain America – Chris Evans.

Chris Evans has been in the movie industry for some time now, and let’s just say his start wasn’t very epic. With movies like ‘Not Another Teen Movie’ and ‘The Perfect Score’ Evans remained in the backdrop.

But, once Chris entered the superhero universe, is when his luck changed. With roles such as The Human Torch from Fantastic Four and of course Captain America, Chris Evans slowly and surely made his place in people’s hearts as the world’s handsome man.

This down to earth actor prefers being out of the limelight rather than being smack in the middle. His ‘boy next door’ persona makes him more approachable and relatable than most actors.

Most Chris Evans’ fans will tell you that he is on the list for world’s most handsome man not because of his looks but because of his cute, dog-loving, boy next door persona #8 in the list of the most handsome man in the world is our very own Hrithik Roshan. With his Greek God looks and his hazel green smoldering eyes, he was voted the ‘Sexiest Asian Male of 2019’ by British newsweekly ‘Eastern Eye’.

Hrithik has cemented his place in the Bollywood industry with movies like Kaho Na Pyaar Hai, Krrish, Jodhaa Akbar, Zindagi Na Milegi Dobara, Agneepath and his latest hit ‘War’. And also cemented his way into the hearts of people as the world’s most handsome man.

Hrithik Roshan comes in #8 in the list of most attractive men not only because of his versatility as an actor but also his relatability to the public.

Although a very private person, Hrithik is not afraid to share his story about bullying. And how it affected his self-confidence growing up.

With his muscular build, smoldering eyes and a hint of white in his dark mane, there is no wonder why Hrithik Roshan is in the list of most handsome men in the world. Coming in at number 7 in the list of the world’s handsome man is Noah Mills. This Canadian born model and actor with his rugged looks and chiseled body have captured the hearts of women around the world.

Noah has been ranked as one of the ‘Top 10 Male Models of All Time’ by Vogue Magazine and has been featured in ads for major brands like Tommy Hilfiger, Gucci, Dolce & Gabbana, and Micheal Kors. With his killer, good looks and mesmerizing hazel eyes, Noah also entered the movie industry with a bang. Some of his film successes include Happy New Year, Sex in the City 2, A Fisher of Men and Wracked.

With his humble nature, charming smile and gentle charm – it’s no wonder Noah Mills is on the list of the world’s most handsome man. 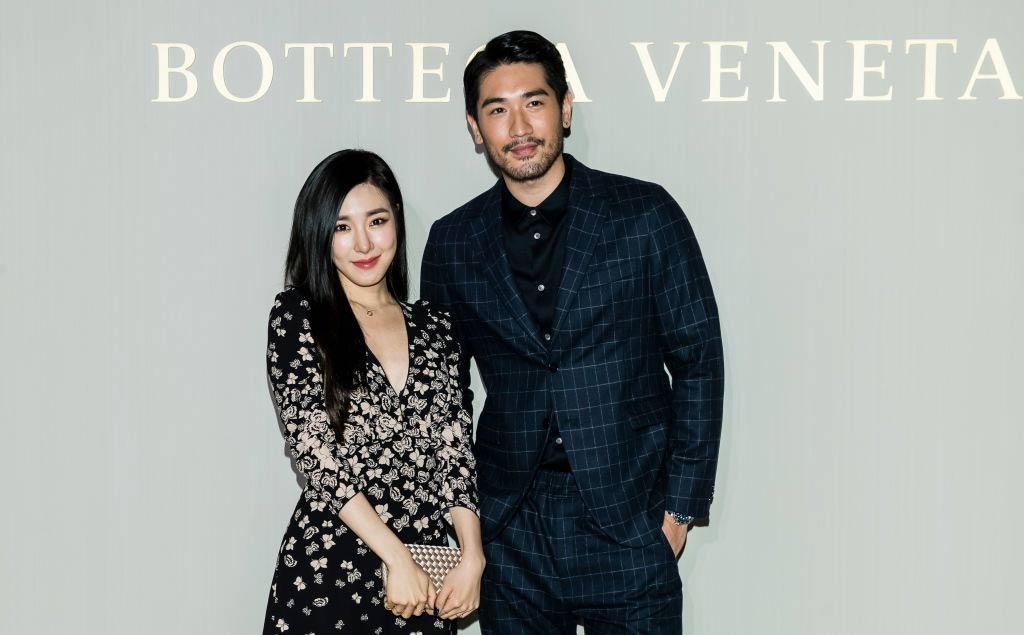 Godfrey Gao is considered as one of the most attractive men from Asia. Gao became the first Asian model turned actor to become one of the first to campaign for Louis Vuitton. With his charming features and boyish grin, he won the hearts of the people.

His most famous roles as an actor are Magnus Bane from The Mortal Instruments: City of Bonesand his role in the Chinese tv series Remembering Lichuan, Gao earned his place as the world’s handsome man.

Unfortunately, this young actor was taken down in his prime when he collapsed while filming Chase Me on 27th November 2019. He suffered a major cardiac arrest and after multiple resuscitation attempts were declared dead.

This versatile model/actor was known for his killer looks and devastating smile and is still considered one of the most handsome man in the world posthumously. Omar Borkan Al Gala is an Iraqi-Emirati model and photographer, who became world-famous not only for his good looks but also for the rumors that followed him. One epic story which stands out even today is when Omar was asked to leave Saudi Arabia because he was considered to be ‘too good looking’.

Omar is one of the most handsome men in the world because he not only has the looks and features but also the brains to go with it. He calls himself a poet and a photographer before a model and is also married with a son.

Omar Borkan Al Gala is #5 in the list of most handsome men in the world because not only is he stunningly gorgeous but he is one of God’s gifts to the world with his brains and beauty. In a list of the world’s most handsome man, Tom Hardy comes in at number 4. This versatile actor has proved to the world that no role is too small for him.

While he has portrayed some great roles like Bane from Dark Knight, Black Hawk Down, Mad Max, and Eddie Brock from Venom, Tom Hardy remains shockingly grounded.

One of Hardy’s most iconic roles till date is not actually Bane from Dark Knight but Heathcliff from Wuthering Heights. No one could play the dark and brooding soul that is Heathcliff better than him. For some, it seems that Emily Bronte may have written the character based on him and not the opposite way around.

While the actor has a lot of big movies under his name, he prefers to remain a private person. Very rarely does he talk to the media and he also prefers to keep his private life – private.

This dark and brooding actor is #4 in the list of most handsome men in the world. Not because of his ability to play dark roles but because he plays an active role when it comes to supporting others. And he does this out of the limelight.

And for this reason, we had to add Tom Hardy in the list of the world’s most handsome man. 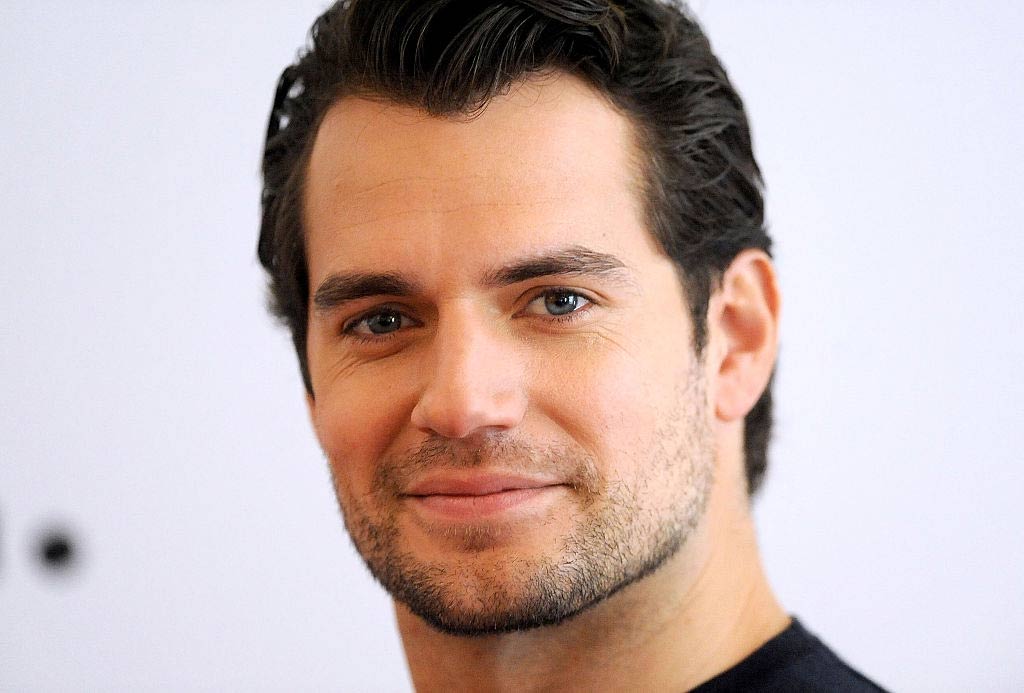 But ‘The Watcher’ actor has women swooning over him not because of his looks but because of his down to earth and laid back nature. Yes, he knows he is good looking but no he doesn’t make a big deal out of it.

This is why Henry Cavill with his bright blue eyes and rock hard abs takes the 3rd prize for the most handsome man in the world. 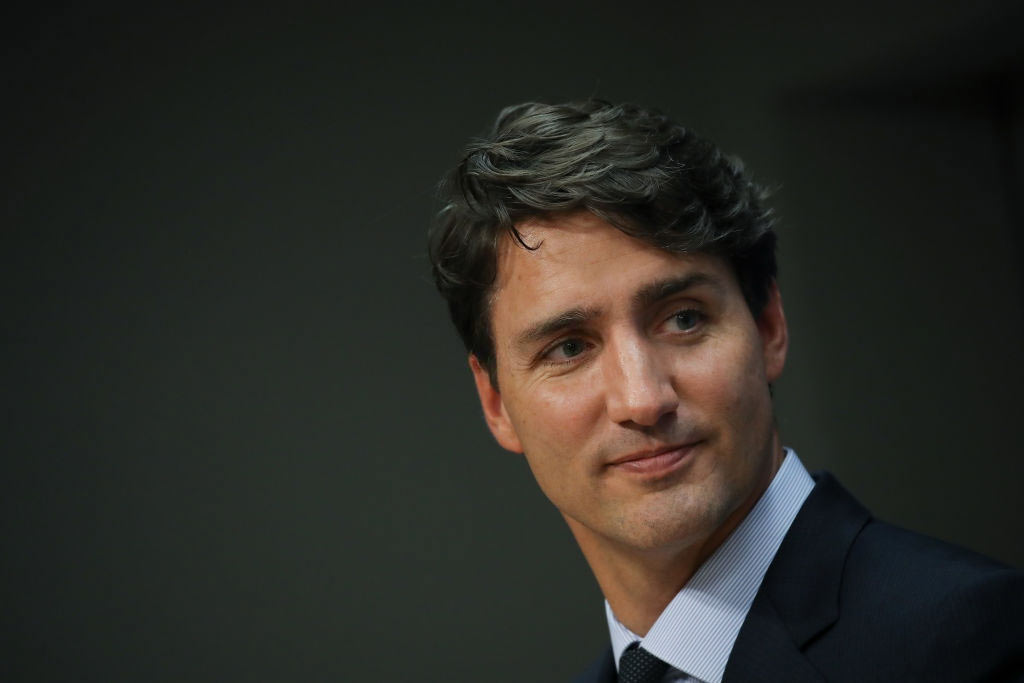 Justin Pierre James Trudeau comes in at #2 in the list of the most attractive men in the world. The Prime Minister of Canada is not only loved by most people for his good looks but also his political ideologies and humanitarian policies.

Trudeau was one of the first leaders to open his borders to immigrants from Syria and is one of the few leaders who believe in the ‘pro-choice’ concept for abortion laws. His modern thoughts and concepts of governing a country is what makes him more approachable and relatable to the millennial crowd. It also does not hurt that he is extremely good looking.

With his baby blue eyes, roman features and muscular build, Trudeau is one of the best looking men in all of Political history. But it seems he has everything – the brain, the looks, and the heart.

Because of this Prime Minister Trudeau takes 2nd place in the list of the most handsome man in the world.

And now, the man who tops the list as the Most Handsome Man in the World is: 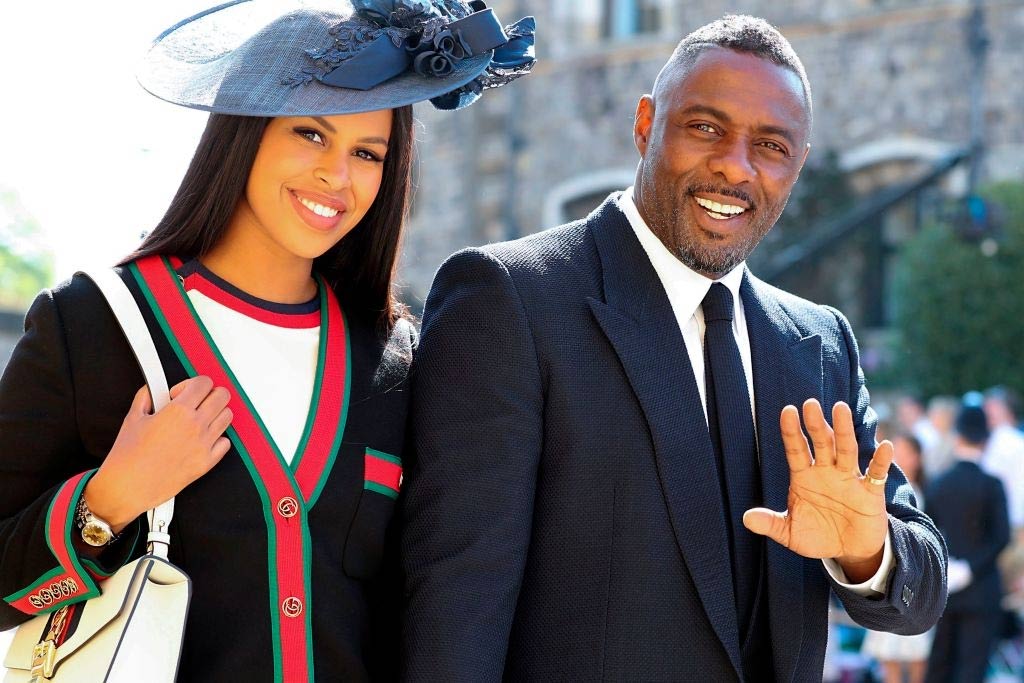 Idrissa Akuna Elba is a 48-year-old British actor, producer, writer, singer, and DJ. He became famous with his role as John Luther in the BBC series Luther and as Nelson Mandela in the biopic Mandela: Long Walk to Freedom.

He has been nominated over 4 times for the Golden Globes, Primetime Emmy Awards and also has a BAFTA nomination to his name.

Elba was voted the ‘People’s Choice Award: Sexiest Man Alive 2018’ and with reason. His chiseled features, ebony skin tone, and husky voice are some of the few reasons he tops the list.

Considered to be the next James Bond and the first-ever African American Bond in the series, Idris Elba has won the hearts of people. Not with his good looks but his even better heart.

Final Thoughts About Most Handsome Men In The World:

So, here is the list of the 10 most handsome men in the world. While some people will question why Brad Pitt, George Clooney, or Tom Cruise aren’t on the list, it’s because they are evergreen, they don’t age. They will forever be the best looking men on the planet.