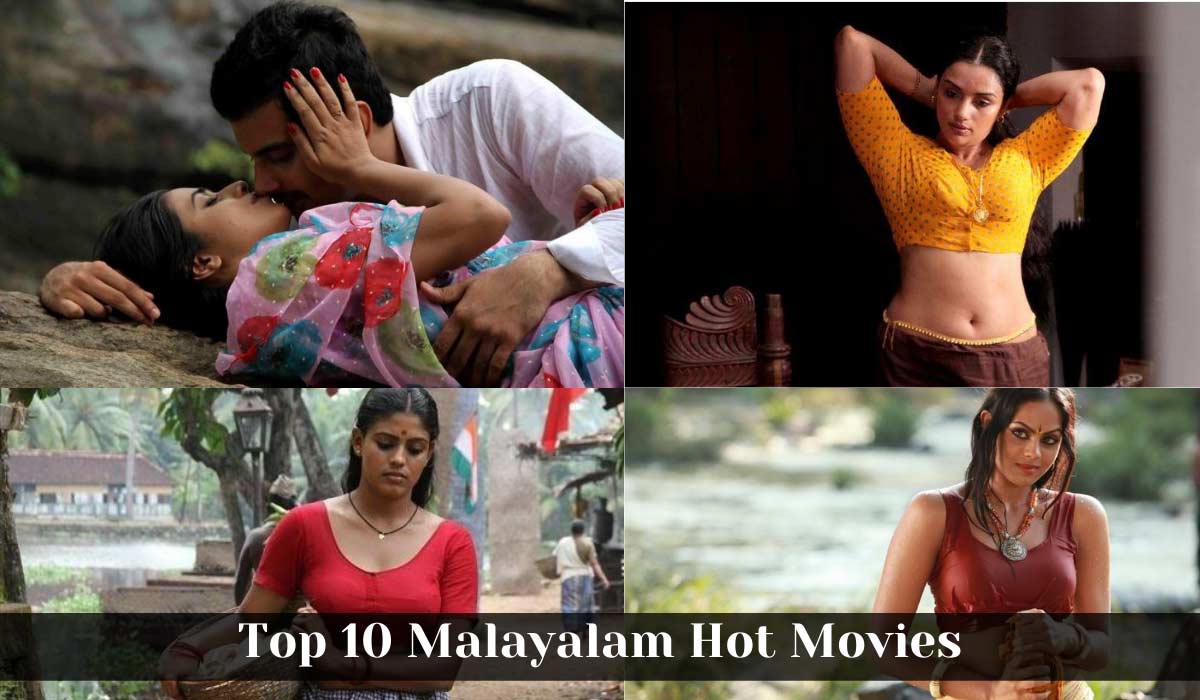 Malayalam entertainment industry is further moving towards the betterment of technical qualities of Malayalam hot movies with elements of the seductive, ingenious storyline. Although the film fraternity is not like famous khans of Bollywood but it has some amazing, strengthening and grasping stories to share.

‘’Mollywood’’ is known for making some of the best adult contents in today’s time. The Malayalam Adult Movies are surely evolving and thus people from different parts of the country are preferring to watch the same. Here we will be mentioning the list of top 10 Malayalam Adult Movies that will surely surge that heat up for you.

Let’s talk one by one- 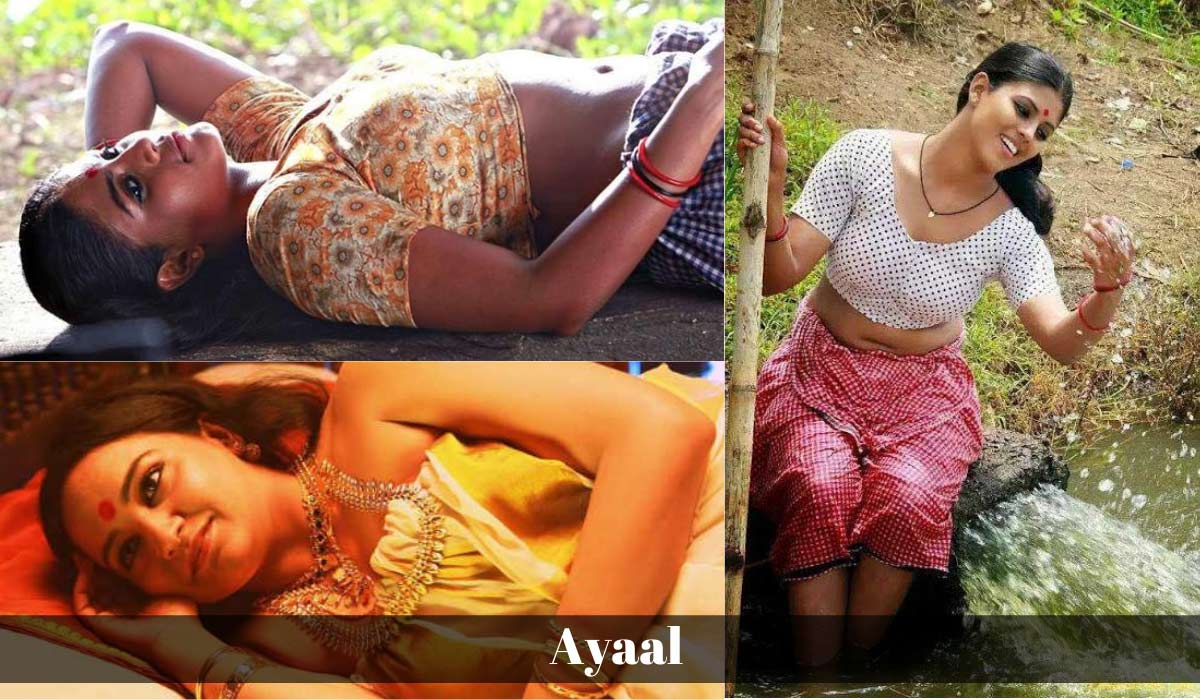 The story of Ayaal revolves around the man  ‘’Gurudasan’’ who is quite a predictor of the village and they thought that he has Godhood in him. However, destiny had something different for him when he got along with the landlord’s wife. Despite two marriages, he got along with another woman but nobody took it as a consideration for his sanity and practises towards Godsmanship.

This, one of the best Malayalam Adult Movies, portrays different colouring and hurdles that come with love. It also shows the explanation of love to find the essence of ligature that is sometimes more bred in the bones than love. If you want to find the answer, then watch the movie today. 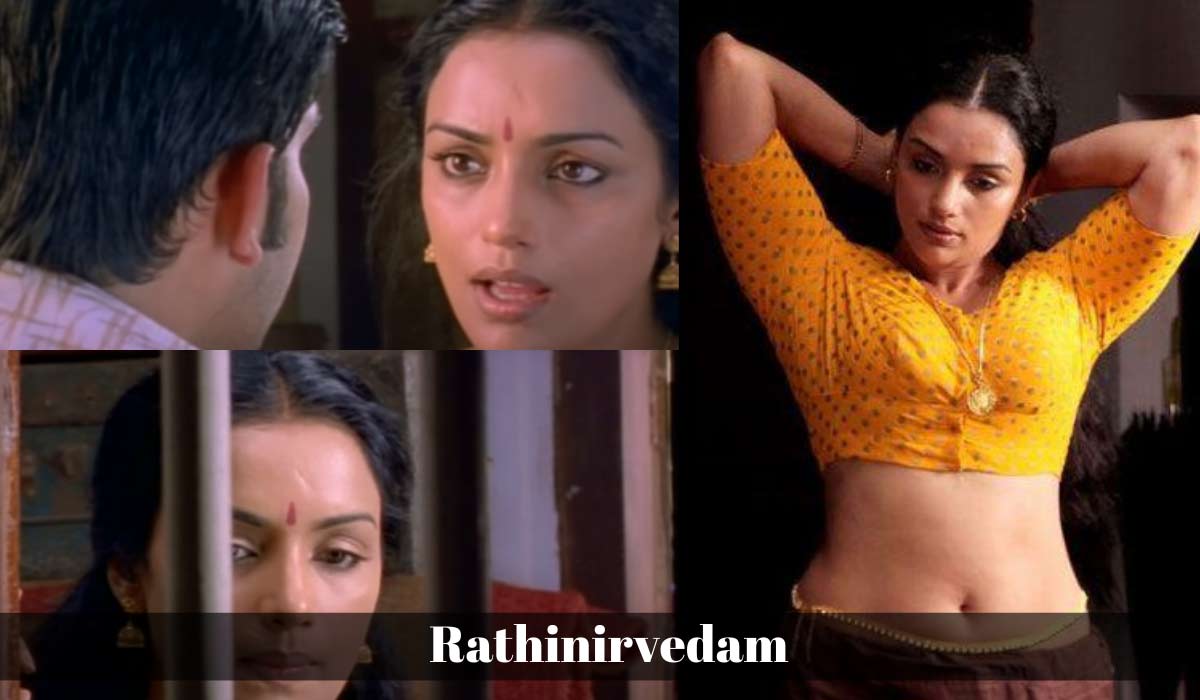 The storyline of this movie is based on the novel ‘’Rathinievedam’’ written by P. Padmarajan and has a recreated version of the 1978 movie having the same name.

Besides, this film is in one of the top Malayalam sex movies lists and features two characters, a boy named ‘’Pappu’’ and a lady named “Rathi. The plot of the story focuses on Pappu, who lives in a village to wait for his school result to further take admission in college.

Unaware of his sexual desires that are taking over his mind,  he can’t help but attract towards the lady in his neighbourhood, who is like a sister to him since childhood. Sooner, Rathi helps Pappu to overcome his confusion and starts an intimate relationship with him. The family members were not aware that there was the involvement of an intimate relationship.

Thus, when Rathi got bitten by the snake one night, there was no one to help and Pappu was also afraid to call anyone as he did not want to reveal their relationship. Moreover, the adult Malayalam movies continue with the death of Rathi after which Pappu led a normal life and completed his academics. Vaishali is set within the era of traditional old-time when there was the inclusion of King Andrew Queens. This classic being one of the best Malayalam adult movies is about a King named “ Lomapadan”, who wasn’t able to please the Brahmin pandits. In revenge, those pandits further decide to curse the kingdom ‘’Angarajyam’’ and wishes to retain the kingdom from any rain for years so that they all suffer from the problem of drought.

After twelve years of suffering finally, Lomapadn decides to take help from his Rajguru. He suggests that if the young son ‘’Rishyashringa’’ of great Vibhandakan performs a ritual then the rain will pour heavily. Besides, he also insisted to send one girl for seduction so that he could bring him back as he has not seen such women in his life.

Furthermore, the king decides to appoint the community dancing girl Vishali and she certainly got successful in her task.  The rain showered all over the kingdom after completion of rituals by Rishyashringa. But the love between Vishali and him bloomed. Watch the sexy Malayalam movies to find out more about the love angle, Vyshali seduction and kingdom politics. 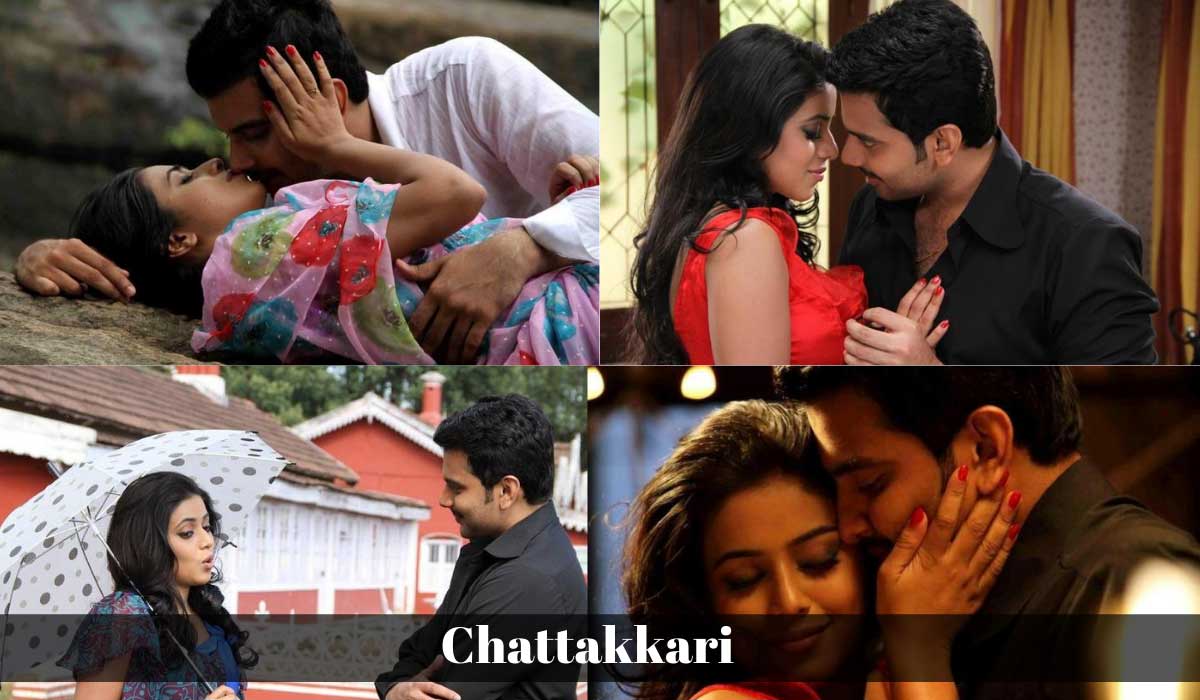 Also, the story revolves around an Anglo-Indian girl named ‘’Julie’’ and her best friend ‘’Usha’’, who belongs to the orthodox Hindu Warrier family. At Usha’s house, Julie met her friend’s brother named ‘’Sasi’’.  Julie and Sasi fall in love with each other and the outcome results in Julie being pregnant with a child.

Soon, she gives birth to a baby boy at a rural place, where her Aunt and mother lived after the death of her father. Now, the whole matter was discussed with Sasi’s parents. Find out what happened with them by bingeing this classic adult Malayalam movie.

Dasharatham is a story about a man ‘’Rajiv Menon” who is very rich but does not have any purpose in life apart from getting drunk. His business is seen by the manager ‘’Karamana Janardanan Nair’’ while he chooses to waste his money and belongings on alcohol.

Likewise, the thinking of him living wasteful life changes when one of his married friends enters, with his wife and children. However, he gets emotionally attached to one of the children of his friend. Soon, he decides to own a baby but doesn’t want to adopt or marry any women.

After the advice of his friend, he decides to choose artificial surrogacy and then involves emotionally with the same. However, later the mother refuses to give the child to him. Now, what will Rajiv do in such a case scenario? watch further to know about it.

Kayam is the story which involves a fisherman ‘’Choonda’’ who is also the leader of Kabaddi team and Thamara who lives in the nearby village. After her mother got raped and

killed, she got sick of the abuses and went to her village with Choonda.

Another kabaddi team member ‘’Sasikuttan’’, with Choonda comes to know that they both are long lost, brothers. In other terms, Kayam is a good movie to binge-watch, if you are looking for something in the adult genre.

100-degree celsius is a story of four women ‘’Nila’’,’’ Nancy’’,’’ Ganga’’ and ‘’Revathy Nambiar” with different professions and their turmoil love lives. All of these women go through different problems.

Nilas better half is a con and send videos of her to others; Nancy converts into other religion but her mother-in-law acts as a vamp in her life; Revathy indulges into failed relationships including physical assault by the lover; Ganga is in love with some guy but does not have the support of her friends.

Each of these women has a desire to be accepted by their husbands and thus their efforts are shown in the movie. Moreover, to spice things up, you will encounter some bold and seductive scenes in this classic that is considered popular in the Malayalam Hot movies list. 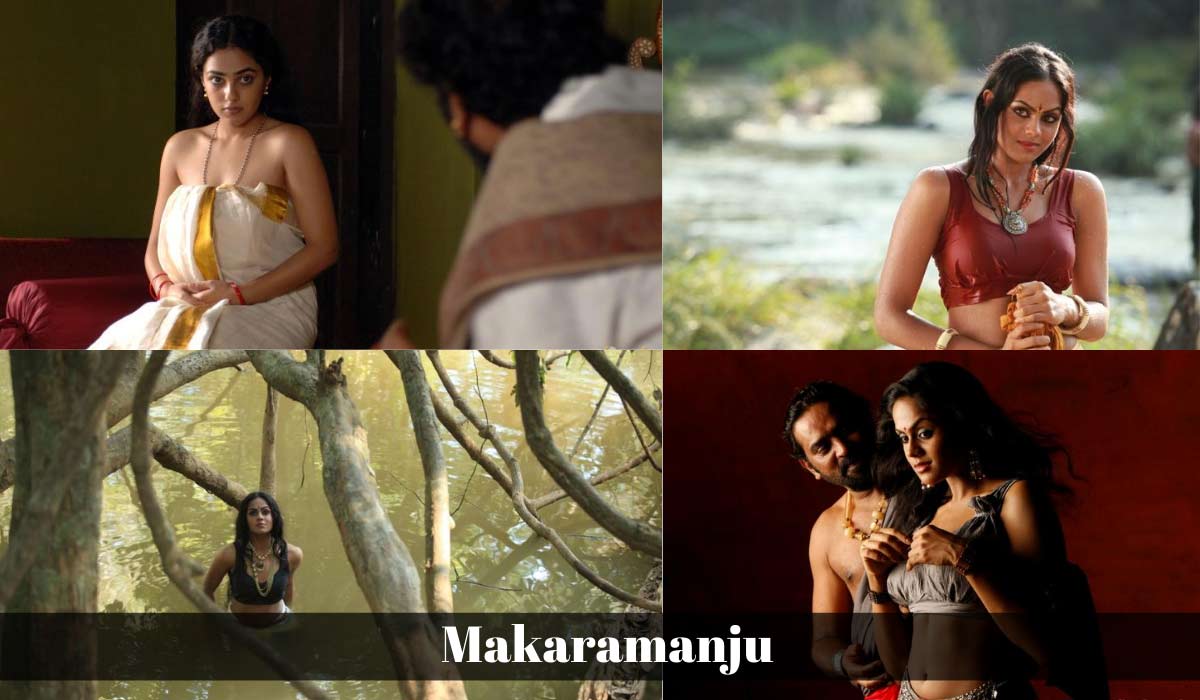 The narration of this one of the outstanding Malayalam adult movies incorporates the painting ‘’Urvashi Pururavas”. The storyline concentrates on a man ‘’Raja Ravi Verma’’. He is on a mission to paint a crowning stroke. The subject of his painting portrays the ‘’Pururavas’’, a known King who fell in head over heels with the beautiful Goddess ‘’Urvashi’’, who puts certain terms and conditions in front of the king before marrying him.

However, soon she disappears after finding her contract has been breached. During her work journey, Ravi got attached to a model ‘’Sugandha Bai’’ but later their love life depicts certain glimpses of Urvashi and Pururavas. Together they are bound in the deep love life that further becomes difficult to overcome.

This film is one of the top movies of Malayalam hot movies list and has a nomination in the International film festival, Kerala of India. It has won the title of FIPRESCI in it. ‘’Ananthan’’ who lives in the ancestral village of Shivapuram. His mother tells him that his family comes from the influential sorcerers, and they have to guard nagamanikyam ( a gemstone on ophidian). However, she informs him that the gemstone is in protection by snakes in some mysterious place involving a small snake called Kunjootan.

After some years, Ananthan starts the journey to glow up the place Shivakavu in his village and fulfil his mother’s last desire. On his mission, he fell in love with his cousin Bhadra to the point that he faced difficulties in choosing his love and becoming a goddess in the ritual of self-serving.

Many evil magicians try to block his way and create nuisance with their evil acts yet he succeeds in his mission. He also reunites with his love but without eyes, as he gave it to a friend ‘’Chemban’’. This film is an inspiration from a famous painting, popular Kathakali (a dance form) moves and some amazing martial art forms. The movie was further made in many other languages like Tamil, Telugu, Hindi and English.

The plot of the story is based on the lives of four brothers Saji, Bonny, Bobby and Franky who live in a mini, miserable house constructed in the dumping area of Kumbalangi village. After the death of the father, the mother goes on a journey to fulfil her religious aim leaving all her son’s behind.

Each brother has differing behaviourism. Saji is always furious, angry, and fights with his younger brother Bobby, Franky is shamefaced with Saji and Bobby but has a smooth relationship with Bonny who doesn’t talk much.

Each one of them has a topsy-turvy life. While Saji, who is the reason behind his friend’s death, supports the family of his friend as guilt,  Bonny supports an American tourist who has been thrown out of her hotel. Franky is happy to have two women in the house as it shows the shades of a true family. There are some articles which consider this movie as the best Malayalam movie of all times.

So these were some of the binge-watching Malayalam hot movies lists with the interesting and seductive storyline. We hope you liked our list of top adult Malayalam movies precisely. Kill your boredom by watching these amazing sexy Malayalam movies. Stay committed to our page for more such reads within the entertainment genre.