Bollywood always takes major inspiration from the South film industry. It not only copies remarkable South Indian films but also picks up some talented actors and actresses.  However, an actor or actress is simply an artist and it doesn’t matter from where he or she belongs. In this guide, you will be aware of the top 20 South Indian actress in Bollywood who give a tough competition to their contemporaries.

Let’s grab every possible information about these top South actress in Bollywood. After winning the Miss World title in 1994, she started her career in a Telugu movie, named Iruvar. In the same year, Aishwarya Rai entered into the Bollywood industry and her debut movie was Aur Pyaar Ho Gaya. Though she was called ‘ Plastic’ because of her lack of talent and poor acting skills, still we include Aishwarya Rai Bachchan in the list of top 20 South Indian actress in Bollywood. 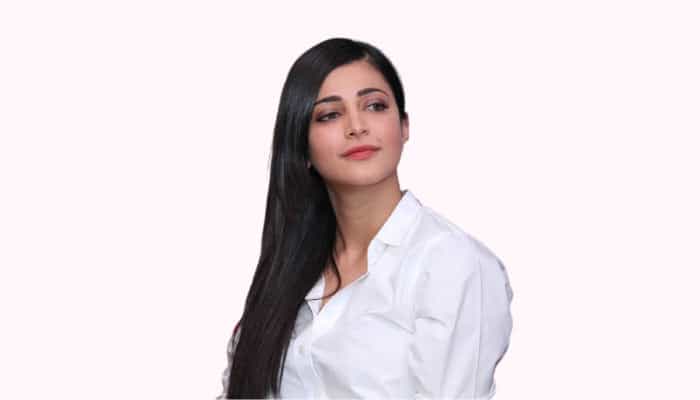 As the daughter of versatile actor Kamal Haasan, people have very much expectations from her. She has an amazing career in the Tamil and Telugu industry; however still unable to give a superhit Bollywood movie. This South India Bollywood actress started her career with Luck movie. Unfortunately, people didn’t appreciate it much. Shruti Haasan came into the limelight because of her item song in the Tevar movie. We believe in her talent and expect she will become a successful Bollywood actress in the future. From her childhood, Vidya has wanted to be an actress. She hasn’t appeared in many south Indian films. Due to her fat figure, she faced so many criticisms in her career. However, it doesn’t change her attitude towards work. She is a talented South actress from Bollywood and has also done many Bengali movies.

Before coming into Bollywood, Asin did many south Indian movies. She makes her Bollywood debut in the Ghajni movie with the versatile actor Amir Khan. This South Indian Bollywood actress acted so well in the movie that she won all the awards in the same year. Though she didn’t act in many films, she worked with big Bollywood stars, including Salman Khan and Akshay Kumar. Tamannah started her Bollywood career with the Himmatwala movie. Unfortunately, she was unable to catch the audiences’ eyes. However, due to her attractive and sexy looks, this South Indian actress in Bollywood catches our attention and we accept something more from her.

Kajal came into the Bollywood industry with the Singham movie. The movie breaks all the records and then the entire thing goes into Kajal’s favor. After that, she appeared in many top Bollywood movies, including Special 26- another super hit movie. We hope to see this One of the top South actress in Bollywood and was first seen in the Tujhe Meri Kasam movie. Unfortunately, the movie wasn’t liked by the audience and therefore Genelia decided to return to the South industry. After some time, she came back to Bollywood with the  Jaane Tu Ya Jaane Na movie, and this time people loved her acting skill. Now, this cute actress is married to actor Riteish Deshmukh. Genelia’s work on other movies- for instance, Life Partner, Mere Baap Pehle Aap was enjoyed by the audience.

Shriya did many Bollywood movies, however unable to catch audiences’ eyes. But it doesn’t mean she fails to impress the South Indian audiences. Shriya is one of the top paid actresses in the South Indian film world. We see Shriya Saran in some Bollywood movies. Such as Awarapan, Drishyam, Thoda Tum Badlo Thora Hum. However, after realizing that she will not fit in the Hindi film, she returns back to Telugu and the Tamil film world. We wish all the best to this South Indian Bollywood actress for her upcoming movies. Taapsee Pannu is a well-known face in the world of South Indian film. She made her debut in the Chashme Badoor movie. After that, she worked with Akshay Kumar in the Baby movie. The baby was a highly appreciated movie. Since then, Taapsee Pannu hasn’t acted in any Bollywood movie. From an early age, Sridevi worked as a child artist in many South as well as Hindi movies. This South Indian actress in Bollywood started her career with the Julie movie. Early in her career, she becomes the Queen of Tamil and Telugu film. She is considered one of the most popular actresses in the Hindi film industry who play almost every character. After taking a break she made an excellent comeback with the English Vinglish movie. She is attractive and beautiful. Unfortunately, due to an accident, she died on 24th February 2018. She will remain in our hearts forever.

Trisha is a South Indian beauty. Currently, Trisha’s career is at the peak point and she doesn’t think about coming back to Bollywood. Khatta Meetha was her last Bollywood movie and her gorgeous looks in the movie caught our eyes. She won many beauty pageants. On top of this, she has been nominated for the Tamil best actress for Vinnaithaandi Varuvaayaa and Abhiyum Naanum movie. We would like to see her in Bollywood movies again.

After winning Miss World Title, this South Indian actress in Bollywood makes a footprint in the Bollywood industry. In 1999, she won the Filmfare Award for Best Supporting Actress for the Biwi No 1 movie. In the same year, she was nominated in the same category for her role in Sirf Tum. Some of her top-class movies are, Main Hoon Na (2004),  Maine Pyar Kiya (2005)? And Aankhen (2002).

She still looks as young as she did 20 years ago. Sushmita sen did a few Tamil movies. Though her acting skill wasn’t as great as the other actresses of her time, her charms made her a well-known face in the industry. Hema Malini, the beautiful wife of versatile actor Dharmendra started her filmy career with a Telugu film Pandava Vanavasam. Besides her acting skills, she is popularly known for her dancing skills. With her role in Sholay, she creates a strong place in the Bollywood industry. After that, Hema Malini was known as Basanti for a long time. Besides, she gave many superhit films that were appreciated by the audiences including Mehbooba, Seeta Aur Geeta, Ameer Gareeb, Prem Nagar Sanyasi, and so forth.

Hema Malini shared the big screen with many superstars such as Dev Anand, Dharmendra, Jitendra, and Big B. In the year 2013, she received the NTR National Award from the Andhra Pradesh Govt due to her contribution to Indian cinema. She was recognized as the first South Indian actresses’ who acted in Hindi movies. This South Indian actress in Bollywood is very talented along with an amazing Bharatanatyam dancer, choreographer as well as a singer. She was well- known for her amazing acting in both Telugu as well as Hindi movies. During her 20 years career, she did many blockbuster movies. Movies like Devdas, Sadhna, Ganga Jamuna, make her always alive in fans’ hearts. After retirement, she becomes a member of Parliament.

In the year 1968, the Govt of India honored her with the Padma Shri award, the 4th highest-civilian award. After a stunning role in the Ganwaar (1970) movie, she retired from the film industry. Bhanurekha Ganesan, popularly known as Rekha is the most well-maintained and controversial South actress in Bollywood. She started her career with Savan Bhado movie. Soon due to her attractive looks she gained huge popularity and appeared in many films. Her acting abilities were very attractive as well as well recognized. Apart from this, because of her dashing acting skill in the Umrao Jaan movie, she won the National Film award. Just like Hema Malini, she will always remain in fans’ hearts.

In 2010, because of her contribution to the Indian industry, she received the Padma Shri award- the 4th highest-civilian honor in India. In 1980, she won her 1st Filmfare Award for Best Actress for her excellent performance in the movie Khubsoorat (1980). There’s a rumor that she has a strong relationship with Amitabh Bachchan which never ends.

Before entering Bollywood, Kriti Sanon debuted in Telugu movies. In 2017, she appeared in the Bareilly Ki Barfi movie. Soon she became popular and acted in other films, including Mimi (2021), Luka Chuppi (2019), and who forgets the comical action romance movie Dilwale (2015) and the comedy movie Housefull 4 (2019). On top of this, Kriti Sanon launched her own clothing line and appeared in Forbes India’s Celebrity 100 list of 2019.

Jaya Prada was known as one of the most influential, iconic, and highest-paid actresses in both Hindi and Tamil movies. Jaya Prada has been nominated for three Filmfare Awards and worked in many Telugu and Hindi movies. Besides, she also acted in several Bengali, Marathi, Tamil, and Kannada films. She has amazing on-screen chemistry with Sridevi. Together, they make many super hit films. In 1994, she joined Telugu Desam Party (TDP) and slowly retired from acting. She was an MP from Rampur from 2004 to 2014. Sonakshi Sinha entered into South Indian film after becoming popular in Bollywood with Dabang (2010) movie. She appeared in the Lingaa movie opposite Rajinikanth and instantly wished that her career in the world of the South Indian film industry didn’t just end.

Besides acting, she sang many songs such as, ‘Let’s Celebrate’ in the Tevar (2015) movie. She has sung a total of four films. We expect much from this South Indian actress in Bollywood.

Illeana D’Cruz is highly popular in the Tollywood industry. Before coming into the Hindi cinema world, Illeana did many Telugu films. In 2012, she made her debut in the Barfi movie and was appreciated by the audiences. After that, she worked in Baadshaho, Raid, Main Tera Hero, and Rustom movies. Before coming into B-town, this gorgeous actress acted in many South Indian movies. In 2006, she made her first debut in the Kannada movie Aishwarya. After that, she worked in a Bollywood movie named Om Shanti Om. In recent days, she is one of the highest-paid actresses in Bollywood.