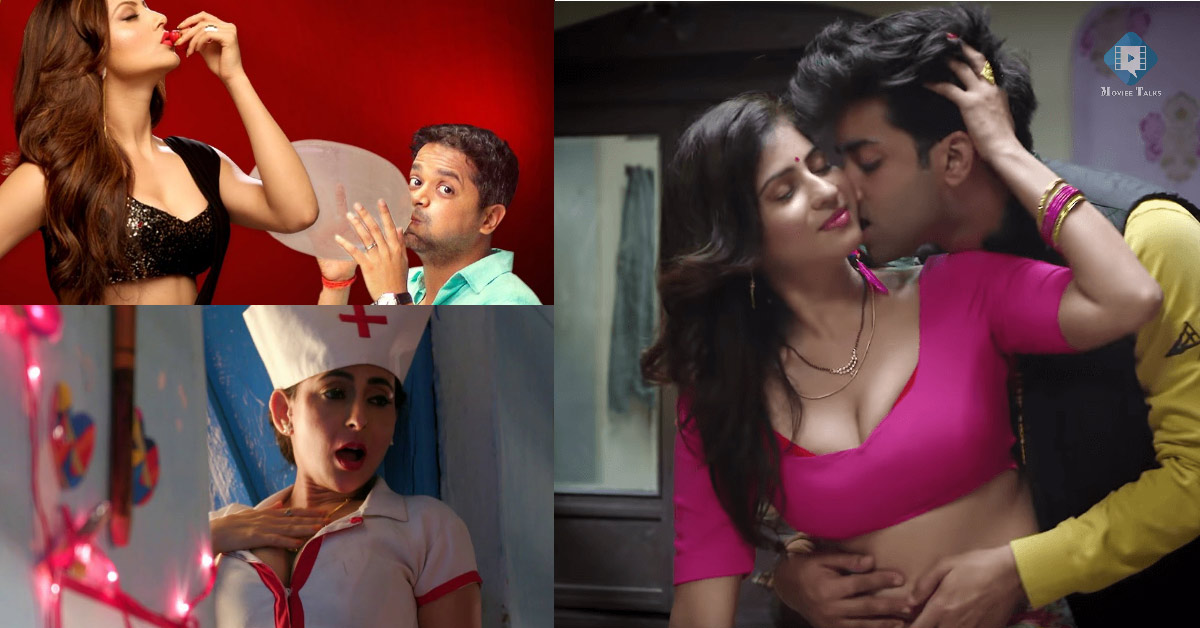 Out of plenty of genres, one of the most demanding and ruling ones are adult web series for the youth and adults who are 18+ in their age. Likewise, Indian adult web series are the ones that display specific and censored content for adults and display nudity, sexual transmission, violence, abuse, assault, and intake of drugs or alcohol.

An era of web series has captured the smartphones of audiences. Usually, because it is very convenient to just take out your phones and enjoy a hassle-free, spoiler-free, ads-free and freshly engaging shows to quench the thirst of your entertainment criteria. It is budget-friendly and its monthly subscription cost less than a multiplex movie ticket and popcorn.

In addition to that, various 18+ web series platform provides you with some amazing, hot, sizzling, appealing, and exquisite portray of a story outline. Here is the list of top 15 best adult web series which will help you to satisfy your desires of appreciable entertainment hot web series list.

There is a huge difference between pornography and art of showcasing storyline with tantalizing content in it. However, these 18+ web series are joyful and worth watching when alone at home.

Movies nudity scenes are cut by censor board but adult web series are completely uncut and free. Let’s plunge into this hot web series list in brief


First and foremost, this 18+ web series was scheduled to release as a film in April 2015 but due to excess nudity content, it was released on a web platform Alt Balaji on 27 September 2018 as an adult web series.

The story starts with two strangers, named Mayank who gives a lift to Kyra in his car. In their journey, they start their conversation about unusual lustful fantasies to avoid boredom.


If you are bored with the same concept and story, then it’s time to binge Gandi Baat. That’s because the adult web series showcases the sexual desires of the rural side of India. Above all, the series surely breaks a lot of stereotypes where only the subtleness of such people are displayed.

Moreover, the series has been such a huge success that the lead actually became one of the most searched actresses on Google. Binge it to get an idea of the other side of intimacy.

It gets exciting with time, as he hides his other side from his girlfriends. Virgin Bhaskar is surely a blend of affection with intimacy which will keep you flued to your screen till last.

The story of this Hindi adult web series rotates around two wedding planners with poles apart personalities. Both of them stepped into this work with a motivation to incarnate traditional aspects of society with a modern touch.

With the passing of each ceremony, they explore the lives of different bride and groom. The complications of Indian society provides them with selves-finding mirror.

Tara and Karan come to know about the issues like adultery, Section 377, wealth gap, sexual assault, and many more.

In spite of these problems, they mingled them in the chaos of a wedding circus with realistic, entertaining elements and boldness. It is the best Indian web series for binge-watching.

The Bull of Dalal Street


The first season of this Hindi adult web series was released in 2020 on the ULLU app. Based on a true event that occurred in 1992, this story is about a journey of a middle-class man named ‘Harshal Mehra’ with a dream to become the biggest stockbroker of Mumbai.

It is set on the storyline of two determined brothers who work hard to change their tags from scraps who live on streets to the richest stockbrokers of Mumbai city.

The idea of this story has been taken from ‘’The Wolf Of Wall Street’’ featuring Leonardo de Caprio.

It is a desi version with extensive hot, sizzling, and bold scenes to tempt viewers. However, it is been highly appreciated for portraying something like the “The Wolf of Wall Street” with desi elements.

Mastram is certainly the adult web series you are searching for as the story does not retain to show daring scenes.


Indian society is still a taboo when it comes to educating their children about adultery scenario. This Hindi adult web series is telecast to make parents handle the questions from children about sex in a fun and not too revealing way.

The moral thought behind this storyline is to educate parents to talk directly and clarify the confusion of their children about sex. That’s because kids can be mingled with maturity content and wrong ways in order to find answers.

Sex Chat With Pappu and Papa is one of the most-watched adult web series created by Durex and Y-Films.


Many call it the Indian version of “Sex and the city”.Four More Shots Please focuses on four single women from Mumbai who are close friends. They share a beautiful bond, as each of them shares their problems and stands as a pillar of support for others.

However, these women decide to take a chill pill and savour their life with full enthusiasm.

There have been mixed reviews for this Indian adult web series for different preferences. Although, it surely depicts the bold characters of these women that imply intimacy and female desires to perfection.

This Indian adult web series was released in 2019 on ULLU an entertaining platform. It is a story of a poor girl named ‘Mona’ who has a challenging and difficult childhood and she does not want to waste her life in a fuss.

So, she decided to take advantage of her best accessory i.e her body to fulfill her dreams. Soon she became a call girl but destiny does not do good to those who choose these paths.

The story is so dramatic that the audience might get intrigued and feel the emotions of this girl after watching the story.

It is worth watching the Indian adult web series without any overrated content. The plot of the story revolves around a police officer in Uttarakhand who gives assistance in kidnapping a young girl at her mother’s request. The motive behind this illegal act was to extract money in exchange for the girl.

But the story takes twists and turns when Rudra, the police officer, becomes an ultimate suspect in a murder case. This adult Hindi web series is a wholesome package of good entertainment with an intense storyline.

It is a story of a newly married couple who migrates to Mumbai with thousands of other people in search of a good life. But most of them settle down in slums because they are budget-friendly.

Jugnu portraying the character of the husband goes to the city of dreams with his wife and started to live with his elder brother in a nano Kholi. The couple tries hard to make love but the situation and space are tight. Add into your binge list to get into r roller coaster ride of struggles and affection.

The awesome Indian adult web series is the sequel to the very famous “Class of 2017”. Usually, the series focuses on a school called “De Nobel High School” and a bunch of schoolmates. The struggles of teenage problems like relationships, drugs, and sexual desire are portrayed in it quite precisely. It clearly shows boldness and intimacy in an efficient manner. Add this classic into your list if you have already watched the Class of 2017.

This Indian Adult web series “Hello Mini” shows how normal life can be ruined by a stalker. Hello Mini, focuses on Rivanah Banerjee, a self-dependent woman who lives in Mumbai within a shell of comfort and perfection. Things take an unfortunate turn as she faces incidents of stalking and observing. The story has a lot of thrill that would certainly keep you glued to your couch. It’s a must-watch if you are searching for a blend of intimacy with thrill.


Last but not the least, If you are searching for an adult web series from the comedy genre, then this one is just for you. Starring the famous YouTuber, Harsh Beniwal, this series depicts the father-son relation of three generations. This best adult web series would certainly keep you entertained with its funny yet adult scenes. Besides, the lead Harsh Beniwal is himself the reason for a tickly experience. Add it into your list to get yourself some fun and sensual watch.

So, these were some of the best adult web series that we think would do great as a pass time for you. Gorge into any of it to spice up your weekend today.