Ever thought of having a show that is the perfect blend of action, drama, and above all, entertainment? A show that fascinates you totally when you watch it for the first time? Look no more, my friend. We’ve found it for you! Roadies Revolution is the ideal show for you. The newest season of MTV Roadies has started, and the show will be announcing the Roadies Revolution winner 2020 in July 2020 in the final episode of the show! 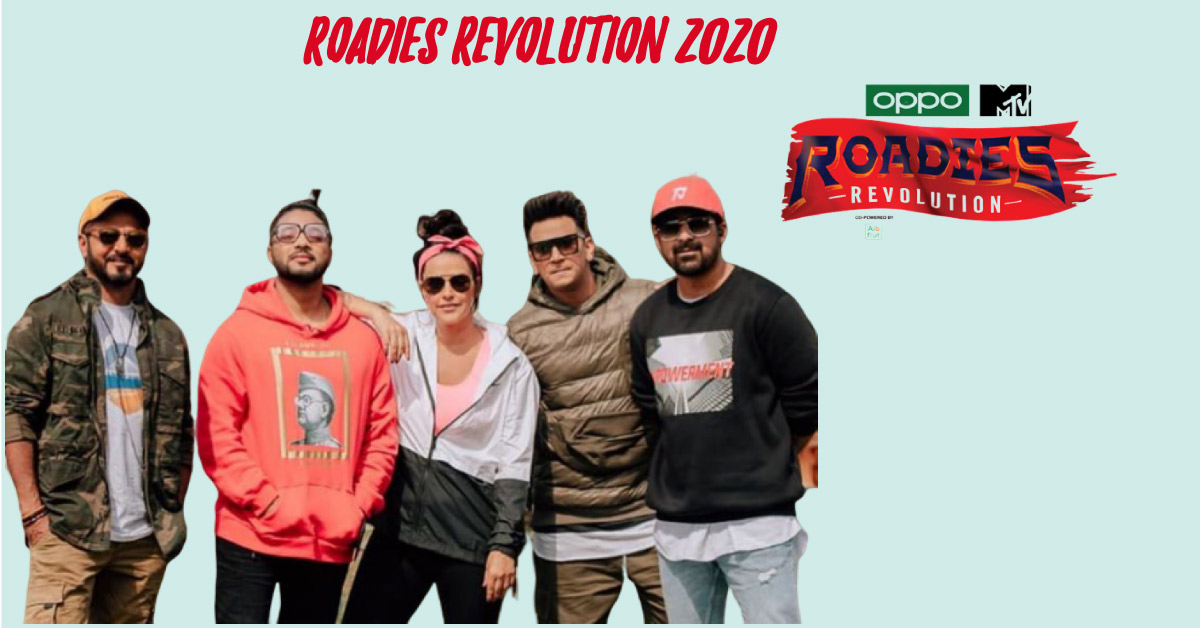 This year, winning the MTV Roadies will be a very hard task. The show will give the toughest of tasks to the competitors to test the physical and mental capabilities of the contestants. In other words, the tasks will test the competitors to their limits. The one who is the most capable of the physical and mental aspects of a human being will be announced as the winner of the current season.

MTV Roadies started in 2003 and is the longest-running reality show of India. The show has just begun and there is a long list of participants that are yet to be eliminated. As we move further into the show, we will start to have a picture of who remains till the end of the show. Roadies Revolution winner 2020 will be announced in July 2020 in the final episode of the show.

Going by the hype, this will be the most exciting part of the series of MTV Roadies. Certainly, this season is proving to be so. This season of MTV Roadies(Roadies Revolution) has already started from 15 February 2020. Read the whole article to know more about the show! We will have to wait three more months to know the name of the Roadies Revolution 2020 winner.

In each season of MTV Roadies, there are around 4-5 judges/gang leaders. Alongside the judges, there is also a host who anchors the show and above all has more working powers than the gang leaders themselves.

Gangs are consisting of 3-5 members. These gangs work as a team. Every individual plays for the team and not for himself and the gangs are led by their respective leaders. This year, MTV Roadies has spiced things up a little. The contestants will no longer compete in groups. They would have to compete for becoming the Roadies Revolution Winner 2020 all on their own.

No gangs mean no gang leaders. The “gang leaders” are now just “leaders” and they will have to compete against other leaders to win the coveted title. In this season, there are a total of four leaders- 3 males and one female. As always, there is only one host.

Dilin Nair (better known as Raftaar) is an Indian rapper, TV Personality, and a music composer. He now is a judge at MTV Roadies and is a strong contender for becoming the Roadies Revolution Winner 2020 as a leader. He also has a history of judging shows. Raftaar has been the judge for MTV Hustle and Dance India Dance.

Prince Narula is an Indian actor and model. He is also a very famous TV Personality, owing almost all his fame to reality shows. He has won both of the most trending reality shows of India – MTV Roadies (Season 12) and Big Boss(Season 9). This year, he has the chance to win Roadies as a judge.

He is an Indian actress who has worked in various film industries like Hindi, Punjabi, Telugu, and Malayalam. Neha is acting as a leader in the show MTV Roadies this year. She is the only female leader this season.

He is an Indian DJ who popularized EDM among the youth. He used to lead the music scene at Sunburn Festival in its earlier years. Nikhil has been associated with MTV India since the late ’90s and has appeared in both Roadies and Splitsvilla.

Some more Information about Roadies Revolution:

Roadies is a game of survival that has gruelling tasks and has nothing off-limits. The Roadies Revolution winner 2020 would have to fight hard for the spot. This year the show’s title sponsor is Oppo. It is co powered by Castrol, Alo Fruit Juice and Manforce. This season will be very adventurous and thrilling. The issues will be highlighted and reflected in the tasks and challenges that are given to the contestants.

This season the show would be looking to start a revolution by fighting for a social cause. The theme for this year is – Propelling social good. Every judge is working to champion a separate social cause that is close to their hearts in the Roadies way.

The different social causes uplifted by the judges are-

The aim of the judges will be to collect as many badges as they can. The more the no. of badges, the more advantage they’ll have over other leaders. Recently, Neha had landed herself in a huge controversy where she accused a boy of being wrong. The case was that the boy had slapped a girl as she was having five boyfriends. She said that the boy had no right to slap a girl. Further, she went on to state that having 5 boyfriends was the girl’s “choice”.

The latest season of Roadies will raise concerns against social causes throughout its journey. It will encourage contestants to work towards the betterment of society and give back as much as possible. The auditions saw an impressive response as many fans were willing to show their capability and want to become a Roadie. The  Roadies Revolution Auditions were held in four places across India. Delhi, Chandigarh, Kolkata, and Pune.

The requirements of the audition were:

Neha Dhupia, Nikhil Chinapa and Ranvijay Singh lead a troupe of 28 bikers in Pune to echo the cause of road safety before ending the auditions in style.

If you are not able to watch Voot Roadies Revolution on TV, you have other options as well. you can watch the stream on the Voot app, which you can download via the Play Store ( for Android devices) or the App Store ( for iOS devices).

This is the first time that you get to watch an episode of the Voot Roadies Revolution one day before the telecast on TV. You can take advantage of this facility on the Voot app. This feature is only available to Voot Select Subscribers. Farzad Perla said,” Roadies is becoming a cult transcending from just television to a broadcast+ ecosystem” and we couldn’t agree more.

Let’s back this up with statistics.

Firstly, there has been a 37℅ jump in TSV, 55℅ rises in watching on the Voot app. Moreover, the app has clocked 40 million views of its Voot Exclusive content and the reach had almost doubled last year. The show has aired a total of 6 episodes of its latest season. You may rewatch the Voot Roadies Revolution auditions on the Voot app.