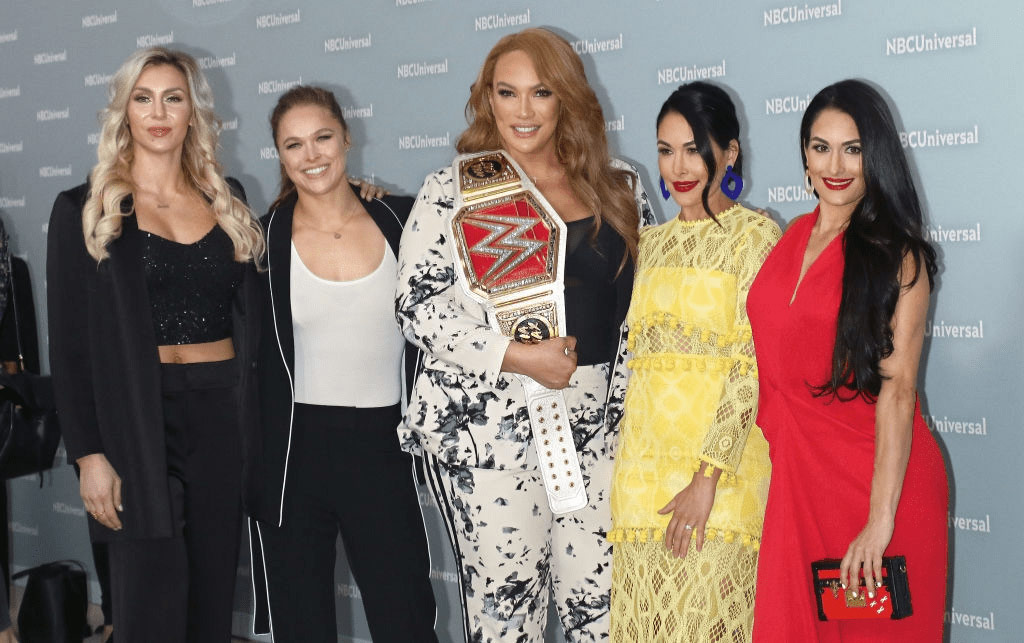 Wrestling is a male-dominated sport. While men were allowed to show their feats of strength and their muscles, women were expected to sit on the sidelines and cheer their men on. But not anymore. Women are now ready to take center stage. And show their male counterparts that they are just as good as them.

These 15 women wrestlers are tough, and strong and are breaking stereotypical barriers set by society.   So, let’s check out 15 of the Best Female Wrestler List of the Decade to see just how these women have changed the history of such a testosterone-filled sport. Charlotte Flair comes from the wrestling royalty of the Flair family. Wrestling is in her blood.

From the starting of her career, she proved that she was a Flair through and through. As Charlotte Flair progressed fast through NXT she was noticed by the WWE hierarchy. She also went on to win multiple titles.

If you consider only title reigns, then she definitely deserves to be at the top of the Best Female Wrestler List. But, if you dig a little deeper there are some troubling facts about her reigning times. For her 10 main title reigns, 5 of them only lasted for less than a month before she lost the titles. Even her last 3 SmackDown titles lasted for 12 days, less than a day and 4 days respectively.

But her luck has changed as she recently won the 2020 Women’s Royal Rumble and clawed her way back into her fan’s hearts.

Becky Lynch or Rebecca Quin is right now connected with WWE and is the present Raw Women’s Champion and is considered a fan favorite. She pushed her way to the top and earned the nickname ‘The Man’ when she beat Charlotte Flair.

She has the longest title reign in the history of Raw Women’s Championship and has also won 3 SmackDowns throughout her career.

While she may have joined the party a bit late, she is considered to be the 2nd most successful women wrestlers from the Four Horsewomen of NXT.

But she has earned her spot in the Best Female Wrestler List. Sasha Banks was one of the few who were involved in the best feud of the decade in WWE’s women wrestlers. She and Charlotte were the first women to fight in a Hell in a Cell. They were also the first women in a Fall’s Count Anywhere match.

Sasha has won the Raw women’s title 3 times from Charlotte but has never held them for more than 27 days. She won it a 4th time from Alexa Bliss but only held the title for 8 days.

Despite this, Sasha Banks is a highly respected WWE female wrestler and has been on the top Female Wrestler List for the last decade.

Bayley has always been a fighter – fighting to make it to the main roster. While the other 3 members of the Four Horsewomen of NXT were called up, WWE made Bayley stay behind. They needed her to carry on the NXT women’s division until the next generation of women were ready to take over.

Considered as the greatest NXT champion of all-time, Bayley fought on and was one-half of the first WWE women’s tag champs. She also became a dominant SmackDown women’s champ and has gone down as a maker of history in the Best Female wrestler list.

The Four Horsewomen of NXT were considered as the founders of the WWE Women’s Evolution but it was Paige. When she won the NXT women’s championship, WWE called her up. On her first night on a Monday Night Raw, Paige came out onto the rink and beat AJ Lee for the Divas Championship.

Before her injuries made Paige retire from active competition, she beat most of the women wrestlers out of their belts. But she once held the title for the youngest WWE female wrestlers on the main roster.

Beth Phoenix was one of the best WWE female wrestlers out of the last decade. She had the looks that all WWE fans love in a woman wrestler and had the strength and talent to live up to her reputation.

Throughout her career, Beth has won the WWE Divas Championship once and the WWE Women’s Championship 3 times. She also won her 3rd women’s title in 2010 and her last title reign lasted for 204 days.

Phoenix entered the WWE Hall of Fame in 2017 and has taken her place in the top Female Wrestler List.

AJ Lee made her debut in the main roster in 2011 as a female tag team wrestler. But her career was short-lived. She started gaining popularity when she paired up with Daniel Bryan as his girlfriend. This led to a love triangle with Bryan and CM Punk.

AJ then worked as Dolph Ziggler’s valet for a time but she proved to be more than a sidekick in 2013 when she started winning titles. By the time she retired, she was a 2 time WWE Divas Champion, which is why she has been included in the Female Wrestler List as one of the great women wrestlers. 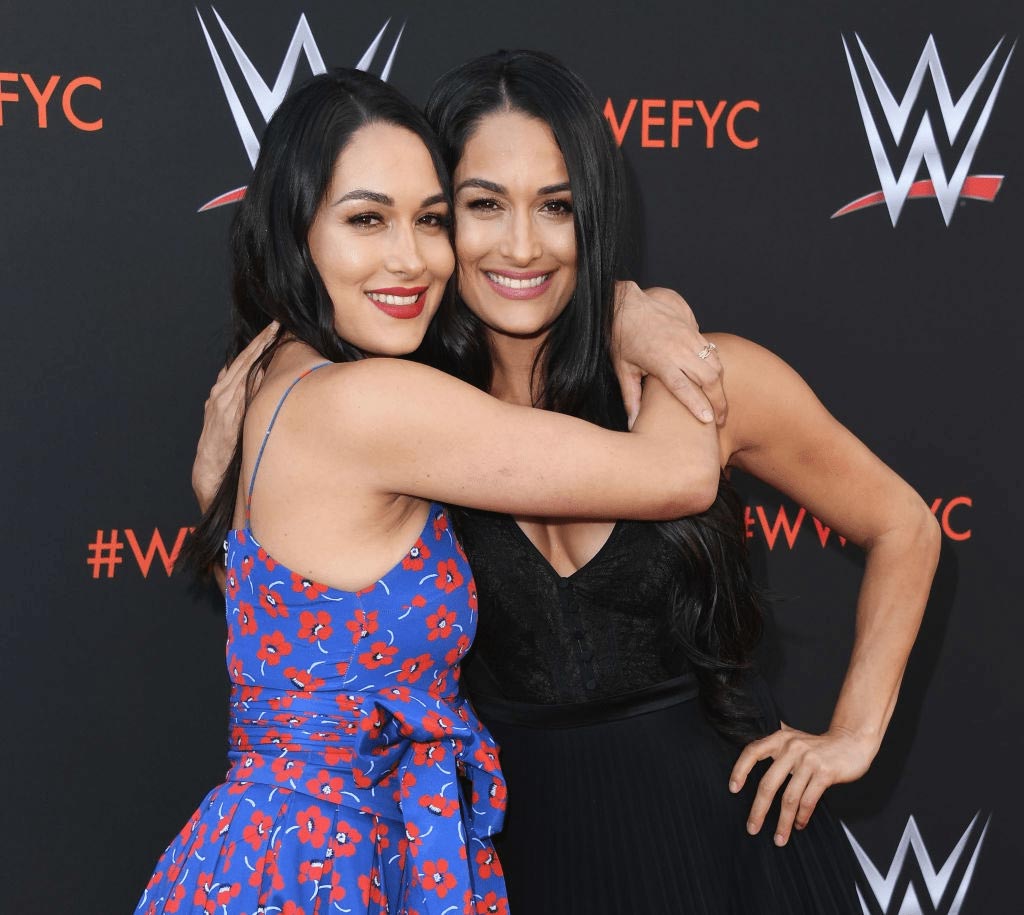 Most WWE fans would never put one of the Bella Twins within 100 miles of a Female Wrestler List. But when it comes to Nikki Bella she was the perfect heel in WWE.

From breaking barriers to winning awards – this tag team twin has done it all. Following her sister Brie into WWE, Nikki has cemented herself as the powerhouse of the team.

Nikki has been the Divas Champion twice with her second reign lasting for only 301 days. She lost her title to Charlotte at the beginning of the Women’s Evolution Championship.

With millions of fans around the world, Nikki Bella has shown that she is one of the best and deserves her spot in the WWE Hall of Fame Class of 2020. Which is why she has her name in the Best Female Wrestler List.

Top 10 Most Handsome Men in The World

During the later portion of the decade, Alexa Bliss became one of the best WWE female heels in the company and to date, no one has come close. At only 5ft 1 inch and 102 pounds, Bliss did not look like she could beat anyone.

But she shocked the world when she became a 5-time women’s champion in WWE and even held the WWE women’s tag team titles once.

Alexa’s 396 days as a Raw women’s champion is more than any other woman wrestler on the roster. Natalya may not be one of the most successful women on this list but she is one of the most respected WWE female wrestlers. Neidhart or Natalya started her WWE career back in 2008.

And even though she has won only 2 titles in the last decade, she has earned the respect from the WWE community.

In 2010, Natalya beat Michelle McCool for the title and held it for only 9 days and in 2017 she won the SmackDown women’s title that she held for 86 days.

When most people think about stars who transitioned from MMA to WWE, most think about Ronda Rousey. But when it comes to impact on a particular brand, then the ‘Queen of Spades’ Shayna Baszler made the jump much before Rousey was even in the picture.

She came into the NXT circuit in 2018 and within 24 months of her joining the Black and Gold brand, she vanquished all that came before her. For 351 days she reigned as NXT Women’s Champion. Her list of enemies includes women wrestlers like Kairi Sane, Ember Moon, Bianca Belair, and Candice Le Rae to name a few.

Baszler cemented herself in the top Female Wrestler List as she won the Survivor Series in 2019 over Becky Lynch and Bayley, which showed she was a force to be reckoned with.

Asuka came up from the Japanese female wrestlers’ circuit before joining WWE in 2015. She had such a reputation in that spell that her singing with NXT was the most anticipated move in the history of the brand till that point.

For the 914 days, she was in the WWE, Asuka went undefeated and unpinned. Her biggest achievement was an untouched reign as the NXT champion.

Her early days in the main roster included her being the sole survivor in the 2017 Women’s Survivor Series. She also went onto becoming the first winner in the Women’s Royal Rumble matches.

Tessa Blanchard comes from Wrestling Royalty, considering she is the daughter of the great Tully Blanchard.

She was first brought to the light in 2017 when she went out in the first round of the Mae Young Classic against Kairi Sane. But despite standing out in the biggest match of the tournament, Blanchard was never picked up by any company.

But in 2018 she signed with Impact, she took her talents to the next level and won the Impact Knockouts Championship within months.

She is one of the first women since Chyna to go up against men wrestlers in the USA. Most of her fans speculate that she might become the first-ever female champion in a major organization. This is why Tessa Blanchard holds the #3 position in the WWE Female Wrestlers List. 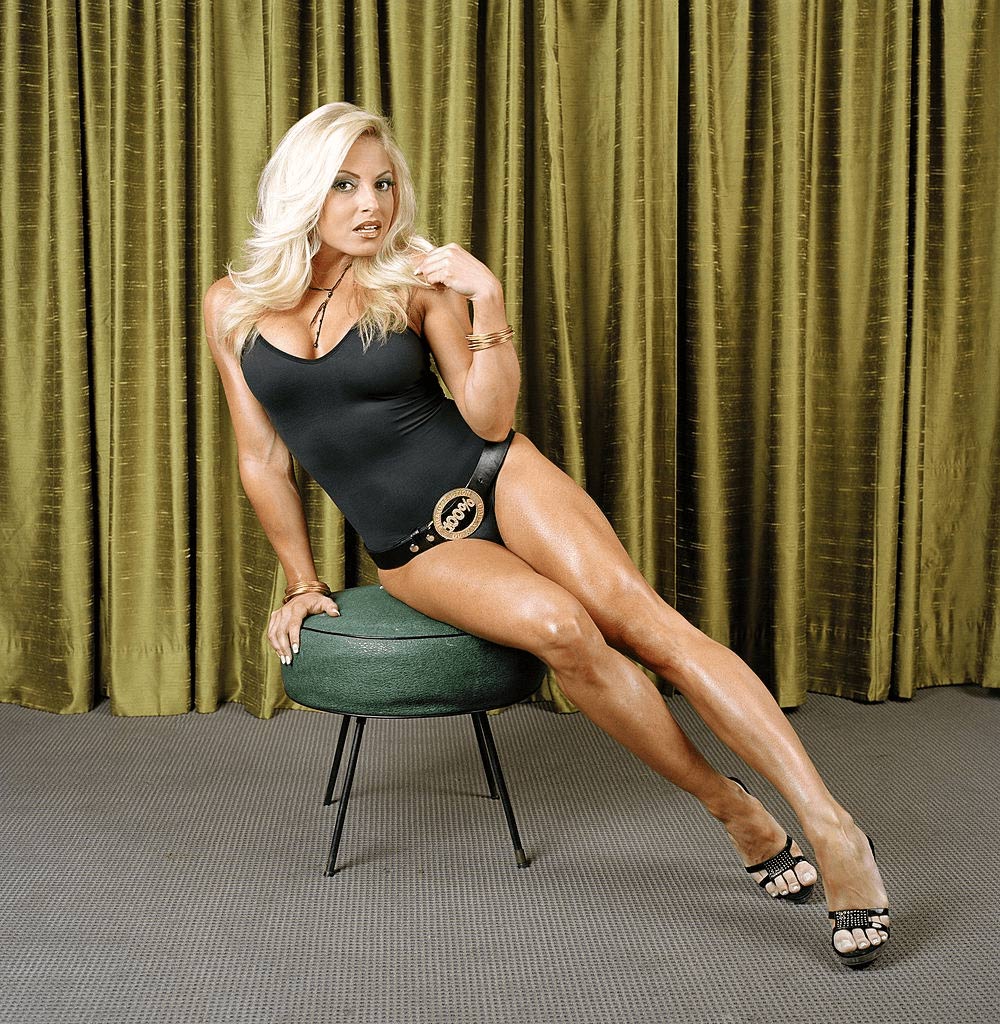 Trish Stratus is considered as one of the most popular and entertaining female wrestlers in the sport. Thanks to her the world of WWE started noticing models turning to wrestling.

Stratus started as just another pretty face on the sidelines. But one she was put in the ring, she quickly launched her name and helped kick start the careers of several divas.

During her reign, she has won more than 7 WWE Women’s Championship belts and has gained a sizable fan base.

While wrestling is her passion she is more talented than most in the sport as no one has a more marketable look, more mic skills and in-rink battering which makes her #2 in the WWE Female Wrestlers List. 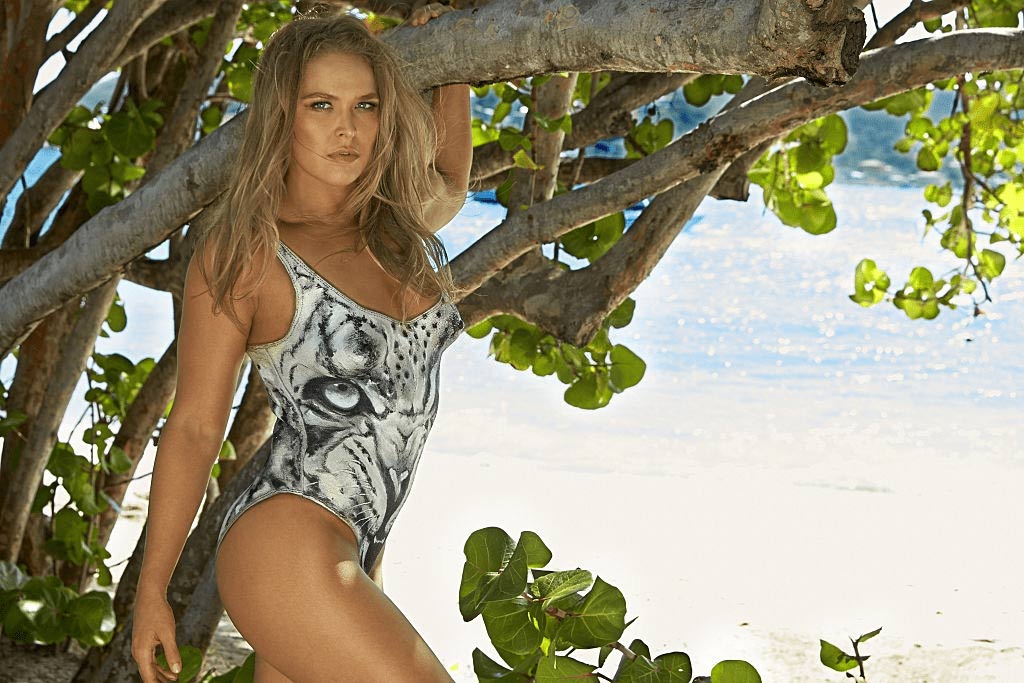 There have been hundreds of female wrestler superstars who have tried to beat the best. But there can only be one Bad-Boy and that is Ronda Rousey.

This record-setting, Olympic medal-winning trail-blazer is a professional wrestler, and a former mixed martial artist and a judoka student. She is the first UFC Women’s Bantamweight Champion. And is the first woman to be inducted in the UFC Hall of Fame.

She received the title “Rowdy” with blessings from the late Roddy Piper. She went on to become the undefeated champion as her opponents tapped out thanks to her fighting techniques.

In 2018, she explosively entered the WWE – by sending COO Triple H crashing through a table. She also got into a scuffle with Stephanie McMahon and finally signed her ‘Raw’ contract.

She made it clear that she was “the Baddest Woman on the Planet”. And deserved her place as the #1 WWE Female Wrestlers List.

From time immemorial women have had to fight for every chance. From the right to vote to the right to be considered equal to men women have fought for through the years.

For women joining the sport of wrestling – it has been a constant battle trying to prove that they are just as good as men.

But the women on this list have not only proved that they are the best in the sport but are also equally if not better than their male counterparts. And the WWE Female

Wrestlers have proved to the world that women can do anything that they set their hearts to. And have paved the way for future aspirants to set their goals high and work towards achieving it. 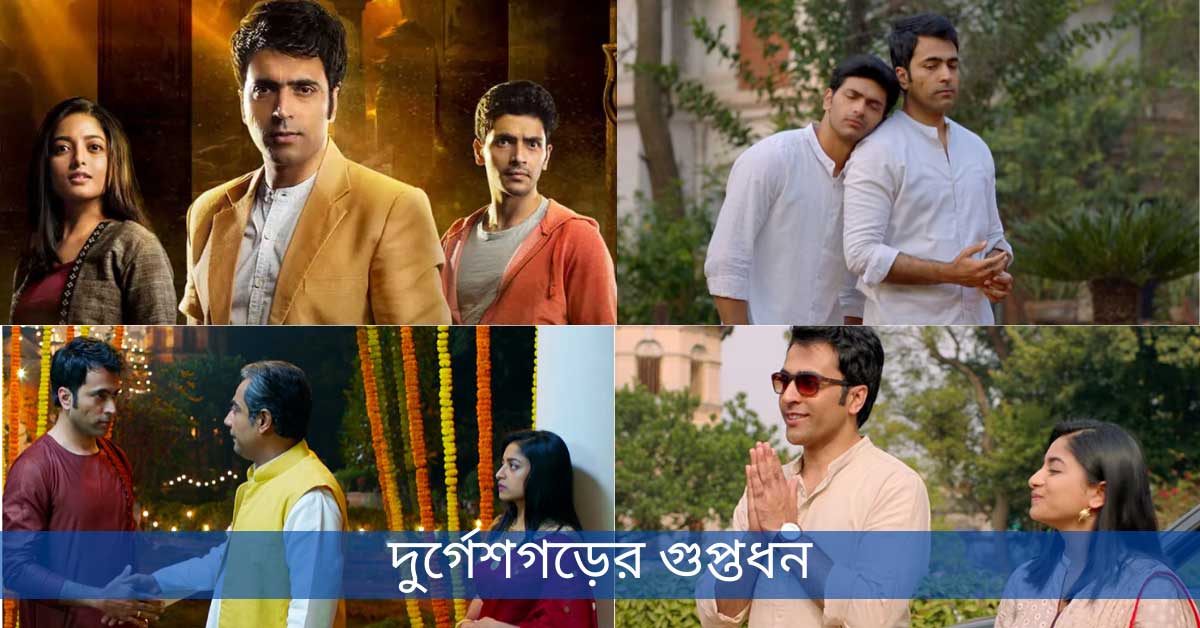