Dance Plus 5, the reality show which airs on Star Plus, has been a huge hit since its beginning and has only progressed further towards its success. The latest season had started broadcasting from 9th of November, 2019, and has finally come to an end by announcing its winner on 22nd of February,2020. Stick around to know who is the Dance plus 5 winners and also to know everything you need to know about Dance Plus 5. 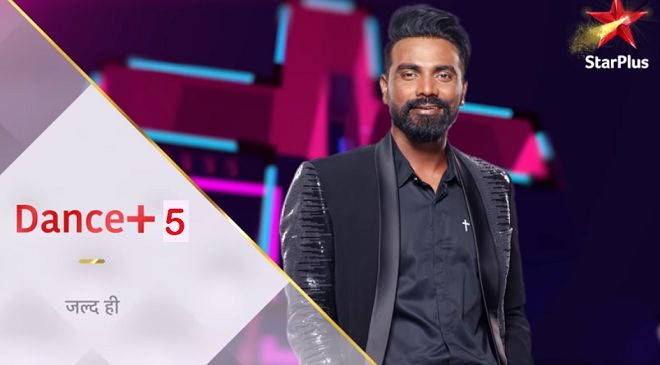 The Dance Plus 5 winner: Rupesh Bane:

The Dance Plus 5 winner is the 20-year-old boy from Maharashtra, Rupesh Bane. Popularly nicknamed as ‘T-Shirt boy,’ Rupesh Bane, the winner of Dance Plus 5, is also an Indian actor. A total sum of Rupees 15 lakhs was handed over to the Dance Plus 5 winner alongside a huge trophy by the guest for that day, the one and only Mithun Chakrabarty. The winner of Dance Plus 5 was overwhelmed at his victory, and so was his mentor, Dharmesh Yelande. Rupesh showed his gratitude and thankfulness to his supporters via a post on Instagram that read, “My DREAM my LIFE my EVERYTHING IS IN MY HAND THANK YOU INDIA MUJHE WINNER BANANE KE LIYE LOVE YOU SOO MUCH… AND THE BEST TEAM IS D UNIT THANK YOU TEAM ILOVEU”.

The win meant more to him than just gaining fame and recognition, the prize money of Rupees 15 lakhs has provided his family with the financial stability that they needed as well. The Dance Plus 5 winner 2020  used to practice for 16 hours a day and sometimes even throughout the night for this competition. Success never comes easy; does it?

Also Read: Tamilgun 2020| All the details about Tamilgun

The trending reality shows Dance Plus goes on air every Saturday and Sunday from 8 p.m. onwards. The show has a running time of 40-45 minutes (excluding advertisements)If you are somehow not able to watch it on your television, you cant stream the show on the Hotstar app which you can download either on your android device via Play Store or on your ios device via App Store.

The reality show, Dance Plus, has only one super judge that has been at that spot from the beginning. The Dance Plus 5 season was no different.Remo D’ Souza, a dancer, actor, film director, and choreographer, is the Super judge in yet another season of Dance Plus.The other four judges are Dharmesh Yelande, Punit Pathak, Karishma Chavan, and Suresh Mukund. They are also the captains of the four teams named after their own names. To know more about them, read further into the article.

This year, there were a total of 4 captains, namely –

Suresh Mukund, a choreographer, is leading a dance group, and the name of the dance group is ‘Kings United.’ (captain of Team Suresh)

The  Dance Plus winner 2020 had to compete against 15 other contestants, which means that there were a total of 16 contestants which included solo and duo artists and also crews(groups having more than two performers)

Remo D’Souza selected this list of performers after watching them perform for the auditions. These were the 16 contestants that had to compete against each other to become the Dance Plus 5 winner.

Like the previous years, this year also had immensely talented teams and solo dancers in its TOP 8. The competition was pretty tough, and these were the top 8 teams/solo artists that were to compete against each other for the top spot:

Out of these teams, the most no. Teams were under the captaincy of  Punit Pathak (Sanchita & Subroto, Janam Crew, Bhim Bahadur), Karishma Chavan had only one team under her guidance( Deepika & Rupesh), Dharmesh Yelande had 2 teams under his mentorship (Nritya Kala Kendra and Rupesh Bane) and so had Suresh Mukund (Monark Trivedi and Bhim Bahadur).

There are 4 finalists that have made it into the Top 4 by their hard work, talent, and dedication.The Dance Plus 5 winner was to be selected among these artists.

The finalists were so good that the judges had a tough time deciding the winner as it was too hard to distinguish between the imperfections of the near-perfect performances that these artists had to offer. The show Dance Plus is a show that is made for all the people that have the talent and the passion required for dancing but are lacking a proper stage for it. It showcases the immense talent that the youth of India possesses in the field of dancing and tries to provide a platform to that talent. The show is also hope for the dancers that come from the underdeveloped parts of the country, for those who don’t have proper financial stability but are willing to showcase the raw talent that can make them famous and also can put them in a better position in the society.